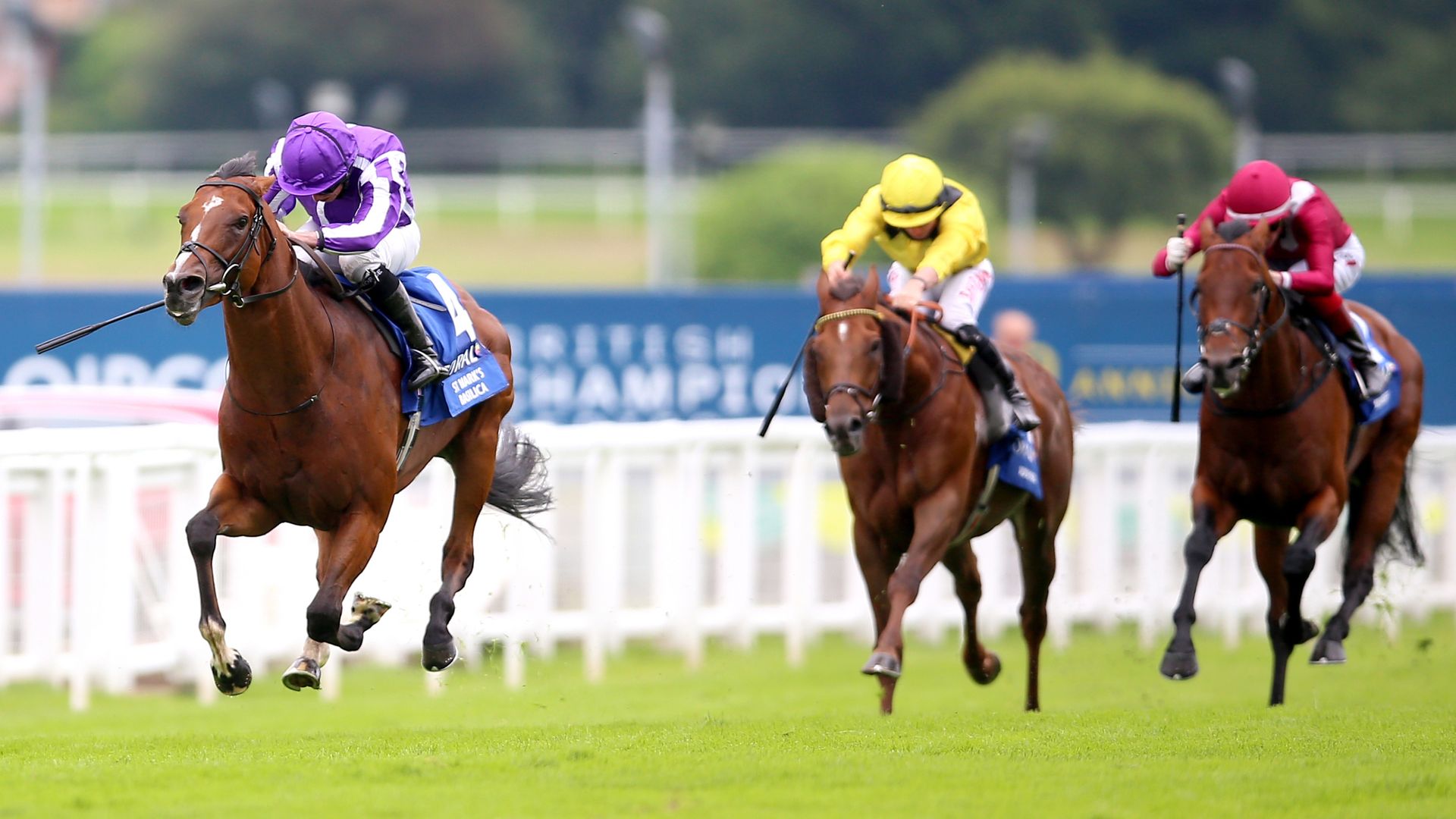 St Mark’s Basilica, Tarnawa and Poetic Flare have all been declared among a field of four in Saturday’s Irish Champion Stakes at Leopardstown.

He won the Dewhurst on his final start at two and this season has added the French Guineas and Derby before beating his elders in the Coral-Eclipse at Sandown.

While a minor setback ruled him out of the Juddmonte International at York, O’Brien nominated this race as his next suitable objective.

Dermot Weld’s Tarnawa is the second multiple Group One scorer in the field.

She won the Prix Vermeille, Prix de l’Opera and Breeders’ Cup Turf last season and while she has only run once this term as she builds up towards the Prix de l’Arc de Triomphe, she was very impressive in Group Three company.

Jim Bolger’s Poetic Flare will race over 10 furlongs for the first time having won the 2000 Guineas and St James’s Palace Stakes this year.

He has also been second in the Irish 2000 Guineas, Sussex Stakes and Prix Jacques le Marois.

The fourth and final runner in the field is Joseph O’Brien’s Patrick Sarsfield, who was second to Juan Elcano in the Wolferton Stakes at Royal Ascot last time out.

Pretty Gorgeous (Joseph O’Brien) and Shale (Donnacha O’Brien) will meet again having repeatedly clashed last season, but both have failed to reproduce their top-class juvenile form this term.

Johnny Murtagh runs last year’s winner Champers Elysees but not Create Belief, with Pearls Galore and Epona Plays also among a field of 13.

Irish Guineas winner Mac Swiney is among a field of 14 in the Clipper Logisitics Boomerang Mile, while Ger Lyons’ Atomic Jones and Fozzy Stack’s John The Baptist are defending unbeaten records in the KPMG Champions Juvenile Stakes.