Ahead of Leeds United’s meeting with Liverpool, live on Sky Sports Premier League on Sunday, we put your questions to manager Marcelo Bielsa in #AskBielsa.

Leeds welcome Jurgen Klopp’s side to Elland Road hoping to secure their first Premier League victory of the season following draws with Burnley and Everton before the international break.

Here, Bielsa answers Sky Sports readers’ questions on the most talented players he has worked with, his admiration for former Barcelona and Manchester United boss Louis van Gaal, and more.

Q: Who is the most talented player you have ever coached? (@levanikorobakidze)

“I also coached some extraordinary defenders, like Roberto Ayala.

“The Argentina team that I coached had outstanding players.”

Q: What is it about Leeds United, the city of Leeds, and Yorkshire that has made you stay here longer than at any other club? (@nashernal)

BIELSA: “Fundamentally, I am linked with Leeds United and I prefer not to talk too much about things to do with my personal life.

“In terms of Leeds United, from my point of view, I believe the president, Victor Orta and the directors have built a very admirable club in terms of its structure.”

Q: Would you like to have managed the Leeds team of the early 2000s which included Lee Bowyer, David Batty, Rio Ferdinand, Marc Viduka and others? And are they any players from that team you would have particularly liked to coach? (@ellandduck)

BIELSA: “Look, what excites me a lot is working with this group and making it possible that Leeds players became players who have the quality to compete with the best players.

“When Sunday’s game against Liverpool arrives, with Mohamed Salah, Diogo Jota and Sadio Mane, I dream that Raphinha, Patrick Bamford and Jack Harrison are going to be better than those three.

“That is always my big dream.

“I always think that Rodrigo, Kalvin Phillips, Matheusz Klich and Stuart Dallas are going to better than N’Golo Kante, Mason Mount and Mateo Kovacic, for example.

“I prefer to make comparisons with our opponents, not with teams from so many years ago.”

Q: Which player do you have feel you have developed best while being at the club and why? (@lufcJoe_)

BIELSA: “Normally I don’t like to make individual references that create hierarchies between the players in the team.”

Q: How did you feel when you heard Patrick Bamford had made the England squad? (@mads_rivaaa)

BIELSA: “It gave me a lot of happiness because he is a man who has made a lot of effort and deserves that kind of recognition.”

Q: In your opinion, why is there such a big gap between European leagues and South American leagues? (@ceratiempo)

BIELSA: “The gap is so big. It’s impossible for South American football to be at the same level as Europe.

“If you look, South American leagues are providing fewer and fewer players for Europe because players are leaving their countries of origin before they have shone for the clubs they belong to.

“The only thing that does is harm everyone. If you buy a player of 15 years old, the formative process that player has to go through in the place where they were born, in the club they belong to, in the league they know, is disrupted. 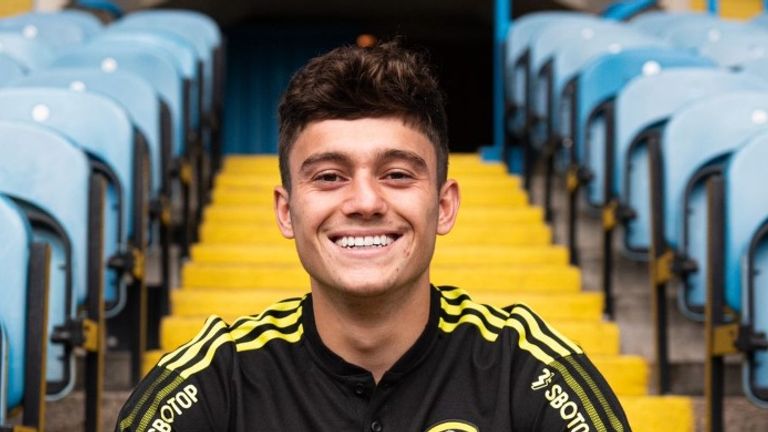 “If you put him in a completely different and unknown place, instead of helping his development, you interrupt it.

“It is something which isn’t investigated much, but the South American clubs often aren’t the owners of these players. The players play for the clubs but they aren’t the actual owners of them.

“Players of 15 years old have different owners to the clubs they belong to. It’s a sad reality and it is difficult to explain.”

Q: Who is the manager you admired the most as a young coach? (@casparswfc)

BIELSA: “Louis van Gaal, because I watched a lot of the teams he built, especially his unforgettable Ajax side, and I liked the football they played a lot.”

Q: Who is the one player in history you wish you could have coached? (@masterpotter66)

BIELSA: “More than coach, I have seen and I have been a contemporary of Lionel Messi, of Diego Maradona, of the great players who played in Argentina’s 1978 World Cup team. I grew up admiring those three generations of great Argentinian players.”

Q: I read you are a big movie fan. What’s one movie you recommend everyone sees? (@richfirth1)

BIELSA: “None in particular!”