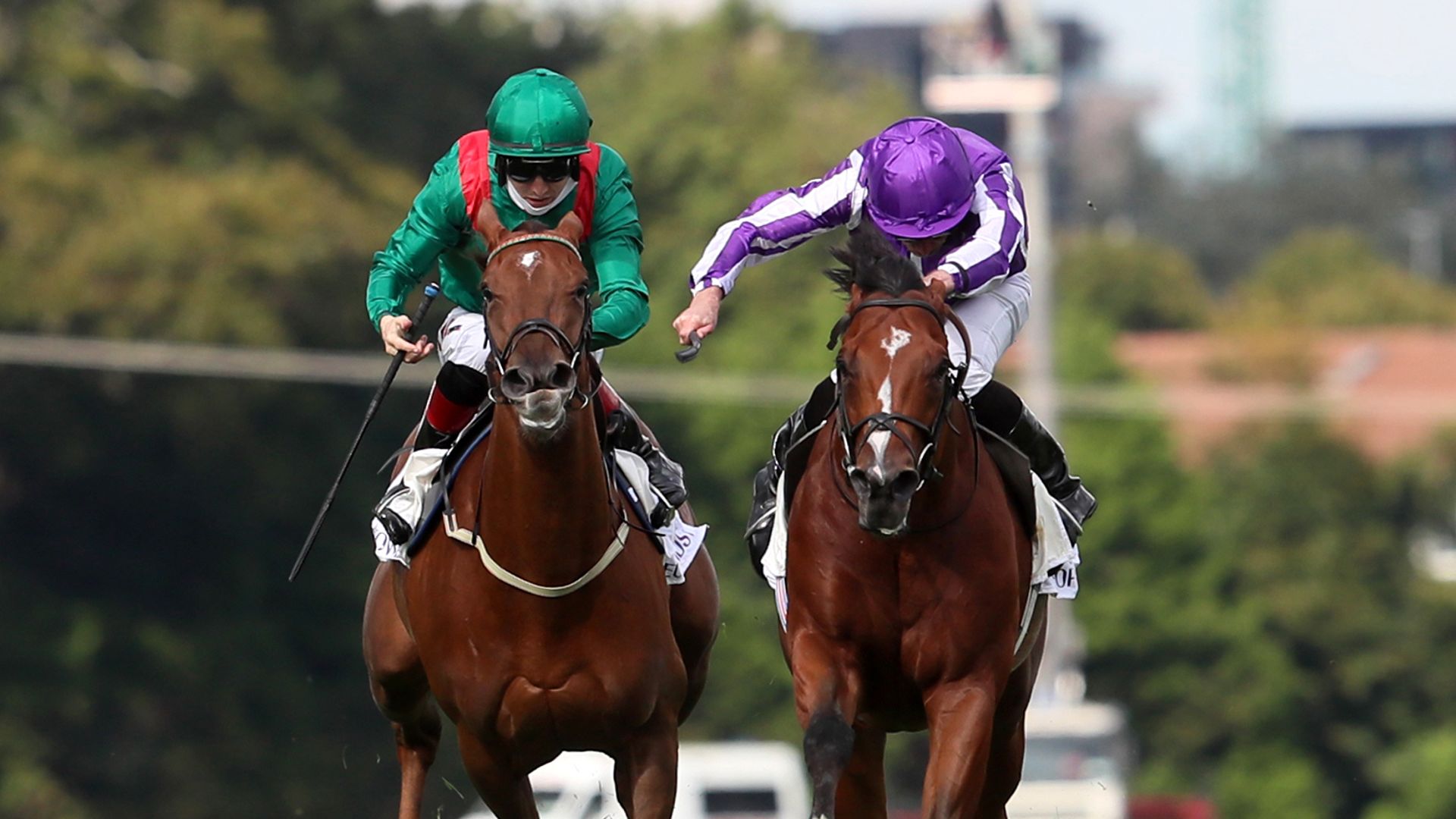 St Mark’s Basilica landed the odds in a pulsating renewal of the Irish Champion Stakes at Leopardstown.

Having his first race since winning the Coral-Eclipse Stakes at Sandown 10 weeks ago, St Mark’s Basilica (5-6 favourite) showed his trademark brilliance to overcome two Group One winners in Tarnawa and Poetic Flare in an absorbing tactical affair for the mile-and-a-quarter showpiece.

Aidan O’Brien’s crack three-year-old colt had missed the Juddmonte International at York due to a setback – but was able to show his superiority to add this race to his victories in the French 2000 Guineas and French Derby this season.

Patrick Sarsfield, the outsider of four, made the running until inside the final quarter-mile where the other three knuckled down to battle it out.

St Mark’s Basilica drifted right in the closing stages, taking Tarnawa with him, but got the verdict by a three-quarters of a length in the hands of Ryan Moore – although it was anxious wait for the result to be confirmed in a stewards’ inquiry.

Poetic Flare was a nose away in third place, on his first start over 10 furlongs. Patrick Sarsfield was seven and a half lengths away last of the quartet.