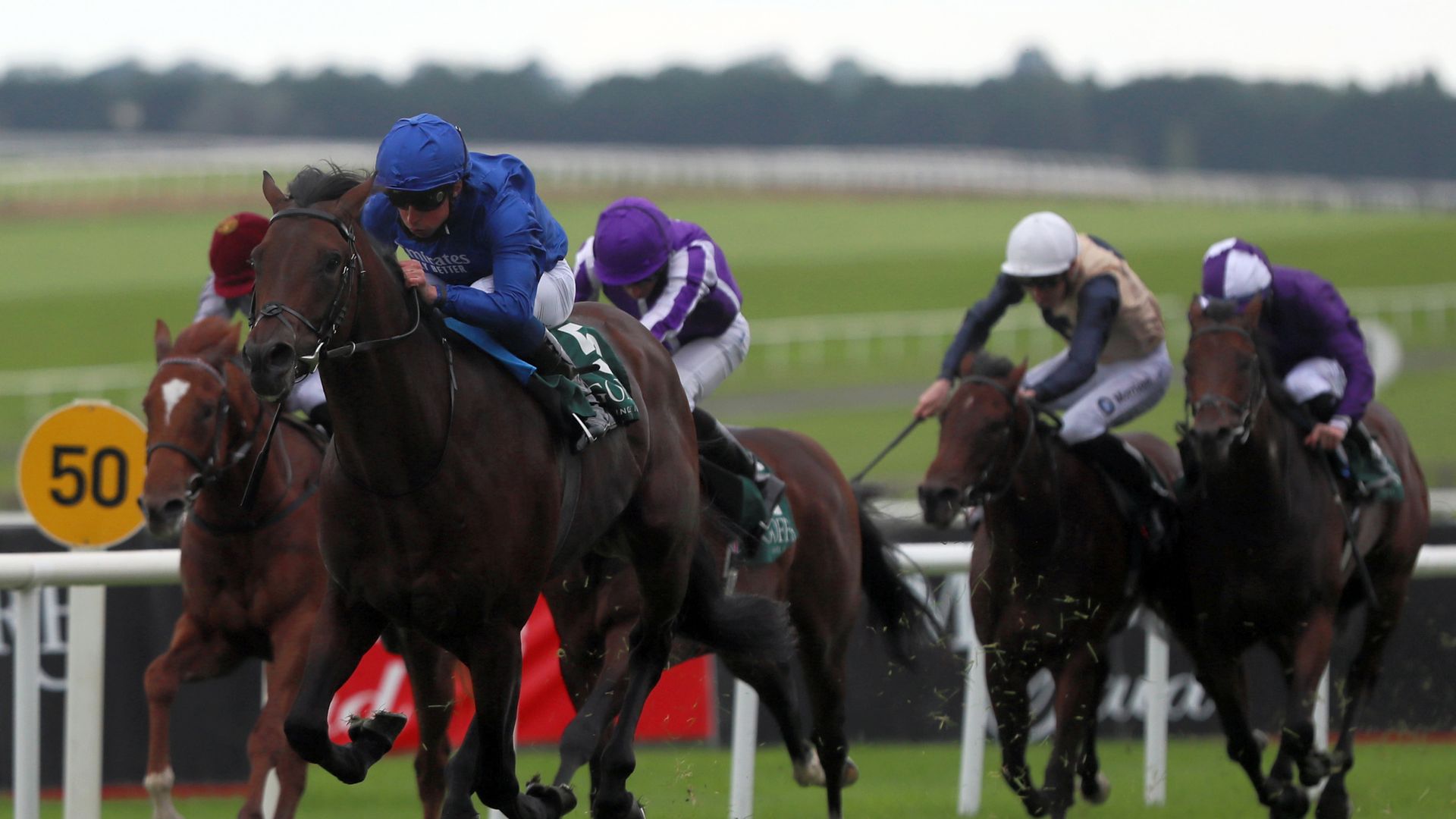 Native Trail rocketed to 2000 Guineas favouritism as he maintained his unbeaten record with a brilliant victory in the Goffs Vincent O’Brien National Stakes, giving trainer Charlie Appleby a third win in the Curragh showpiece.

Previously successful in the Group One contest with Quorto (2019) and the brilliant Pinatubo (2020), the Moulton Paddocks handler – on the mark 24 hours earlier with Hurricane Lane in the St Leger at Doncaster – sent another high-class juvenile across the Irish Sea in search of top-level honours.

A son of Oasis Dream, the Superlative Stakes winner faced a far from straightforward task, with the Aidan O’Brien-trained Point Lonsdale the 8-13 favourite to make it five from five, and Hugo Palmer’s Ebro River bidding to follow up success in last month’s Phoenix Stakes.

William Buick had to nudge Native Trail (7-2) into contention with a couple of furlongs to run – but he really found top gear late on.

Point Lonsdale did his best to make a race of it, but Appleby’s ace was three and a half lengths clear of the odds-on shot at the line, with Ebro River close up in third.

Paddy Power make Native Trail their 5-1 favourite (from 10-1) for next year’s Guineas, with Coral and Ladbrokes both 4-1.

Appleby said: “This is a route we’ve taken with Pinatubo and Quorto before him – and it was always our plan immediately after the Superlative to come here with this horse.

“People ask ‘why don’t you look at the Champagne Stakes’ (at Doncaster), but I didn’t feel carrying a penalty there on softer conditions was potentially going to suit him.

“I think this is a great race and an indicator to the Dewhurst. It’s a Group One and a great weekend to be involved in.

“To have another winner of the National Stakes is very satisfying.”

He added: “He’s an interesting horse to be around. I took him to Newmarket a couple of weeks ago and if you’d asked me there if we’d have been winning a National Stakes, I might have been sat on the fence slightly.

“Full credit to the team at home. We definitely felt the horse had come forward for that gallop and we changed a bit of equipment on him today.

“William said he’s still so green and it felt like he was going down to the start on a maiden.

“He gave him a shove early doors to get up the revs, but I knew with two furlongs to go the one thing this horse was going to do was gallop out strong.

“I’d say we’ll go straight to the Dewhurst. I don’t know if he’s quite got the head for a Breeders’ Cup yet.”