Benedict Bermange picks out the best stats from Week One in the NFL, including a revenge win for Sam Darnold over his former team, Patrick Mahomes’ September win streak and the Cleveland Browns’ season-opener drought

In his long-awaited NFL debut, Trevor Lawrence of the Jacksonville Jaguars was intercepted three times by the Houston Texans. He never threw as many as three interceptions in any of his 40 college games at Clemson and the Texans intercepted just three passes ALL SEASON in 2020. Lawrence became the 14th-straight quarterback to have been drafted No 1 overall to fail to win his first NFL start. The last to win was David Carr with Houston in 2002.

Joe Burrow and Ja’Marr Chase rekindled the winning connection they first established at LSU. They have now won their last 16 games as team-mates dating back to their college days together. Their last loss came in a seven-overtime game against Texas A&M in November 2018.

Cincinnati Bengals moved ahead of the Vikings with a Joe Burrow 50-yard TD to Ja’Marr Chase!

Cincinnati Bengals moved ahead of the Vikings with a Joe Burrow 50-yard TD to Ja’Marr Chase!

Rob Gronkowski caught his 99th and 100th career touchdown passes from Tom Brady in the Tampa Bay Buccaneers’ opening night victory over the Dallas Cowboys. They are just the second quarterback-receiver pair to combine for at least 100 touchdowns in their careers (including the playoffs).

QB-receiver combos with most TDs

With defeat to the Kansas City Chiefs, the Cleveland Browns have not won a regular-season opener since 2004, when they defeated the Baltimore Ravens 20-3. Their current 16-match drought without a win in their season opener is nearly twice as long as the next-longest drought in NFL history.

Patrick Mahomes improved his record to 11-0 as a starting quarterback in the month of September. He has a passer rating of 125.0 and is yet to throw an interception in the month.

Sam Darnold led the Carolina Panthers to a 19-14 victory over the New York Jets. He became just the second quarterback to defeat his former team in his first start after leaving that team – Jeff Garcia defeating the Browns with the Detroit Lions in 2005 being the other. 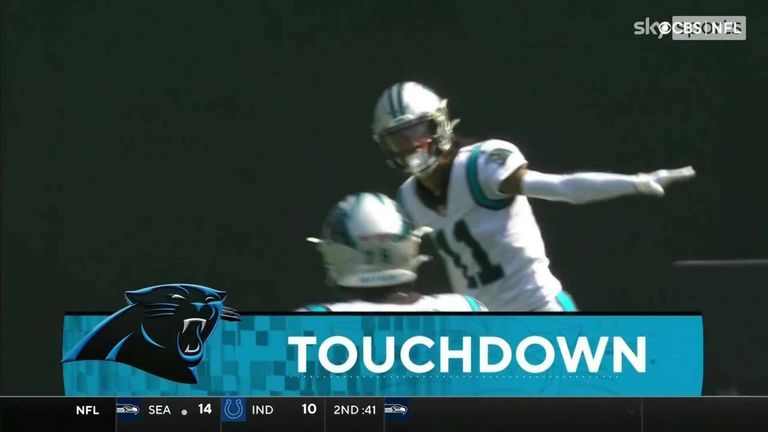 As the Seattle Seahawks defeated the Indianapolis Colts, Russell Wilson became the first player to pass for at least 4 touchdowns in successive Week One starts. He also achieved the feat last year in a 38-25 win over the Atlanta Falcons. 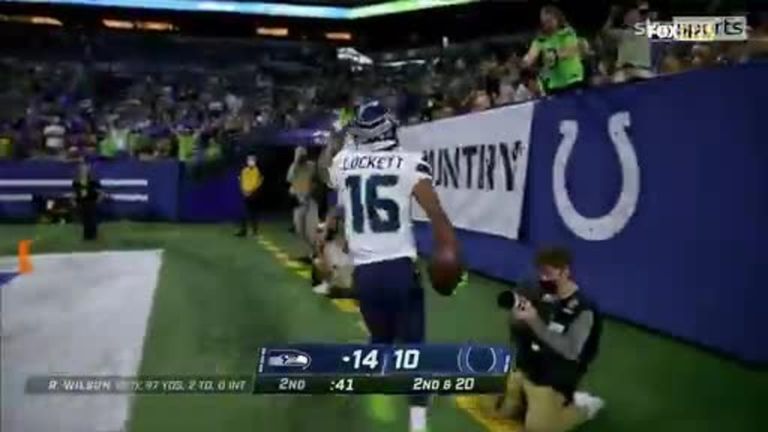 Carson Wentz has now been sacked at least three times in his last 11 games, the third-longest stretch in NFL history. Only Randall Cunningham (19 games, 1986-87) and Greg Landry (13 games, 1976-77) have endured longer such streaks.

Kyler Murray and Chandler Jones of the Arizona Cardinals became the first pair of team-mates to have five offensive touchdowns (Murray – 4 pass, 1 rush) and five or more sacks (Jones – 5) in the same game since individual sacks became an official stat in 1982.

The Green Bay Packers scored only three points in their Week One defeat to the New Orleans Saints, which marked the lowest points total by any reigning MVP’s first game of his subsequent season.

Saints quarterback Jameis Winston‘s 148 passing yards are the fewest in NFL history by any quarterback who threw at least five touchdown passes in a single game.

The Miami Dolphins‘ win over the New England Patriots saw two Alabama quarterbacks (Tua Tagovailoa and Mac Jones) starting against each other for the first time since Week 12 of the 1983 season when Richard Todd’s Jets defeated Ken Stabler’s Saints 31-28.

Ryan Fitzpatrick became the fifth different quarterback to start the season for Washington in the past five seasons after Kirk Cousins (2017), Alex Smith (2018), Case Keenum (2019) and Dwayne Haskins (2020). Before his injury, Fitzpatrick became the only QB in NFL history to start a season opener for at least six teams, having also done so for the Buffalo Bills, Texans, Jets, Buccaneers and Dolphins.

The Las Vegas Raiders’ overtime win over the Ravens was just the second time a Monday Night Football game has gone to overtime in Week One of an NFL season. The only other time was in 1979 when the Pittsburgh Steelers defeated the Patriots 16-13 and went on to win Super Bowl XIV later that season.