England manager Gareth Southgate accepts there are not enough women in the men’s national team set-up.

Southgate feels that while the women’s game has progressed in many aspects in the country, more work needs to be done to increase the number of women in the England men’s senior team backroom staff.

Speaking at the Royal Television Society’s Cambridge Convention, Southgate said: “Women’s football, firstly, where I know changes (have) come is that I meet dads who proudly come up and say, ‘My daughter plays football’.

“Five years ago, that didn’t happen. I don’t know if that’s that the girls weren’t playing or the dads weren’t proud that they were playing, but that’s been the shift.

“I think (it is) far more acceptable, if that’s the right word, for girls to play now and (there are) more teams, more clubs. dads (are) now excited by that. I coach my daughter’s team and there’s a real enthusiasm for it.

“I think that’s different to where we are currently in terms of diversity of staff within the game. We haven’t got that right with my team. 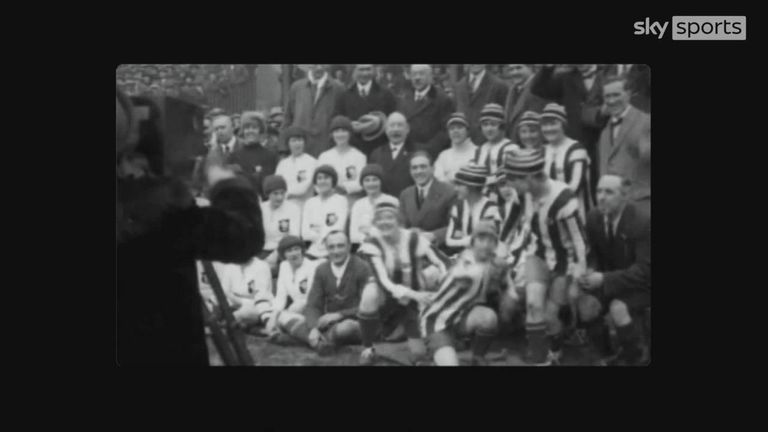 “We’ve got some women that work with the team but we haven’t got enough.”

Southgate named two women who are currently working with the team.

Southgate pointed out the picture, in terms of gender equality, is better across the whole of the Football Association but, still thinks there is room for improvement.

He said: “Within the FA we are actually very diverse, gender-wise, with 38 per cent female, I think.

“That very quickly changes your outlook on the way that you view women’s sport and the way you view opportunities for women within our sport.”