Chelsea head coach Thomas Tuchel insists he is relaxed over the future of Antonio Rudiger, adding the defender has “not many reasons” to leave the club.

Rudiger has entered the final year of his contract and is able to sign a pre-contract agreement with clubs outside England from January ahead of a free transfer next summer.

Reports this week suggested sides around Europe were preparing to make a move for the Germany international after talks between him and Chelsea were said to have stalled.

Sky Sports News understands that Rudiger is discussing a new deal with the European champions but is considering all his options before committing his future to the club and that he is relaxed about his situation – something Tuchel was keen to echo.

“I hope that they find a solution but it’s not only between coaches and players,” he explained. “It’s between the club and the player’s agent.

“He plays excellent for a long time – very consistent [and] at a very high level. I feel him very calm, very focused and it’s obviously not a distraction for him.

“So give things time – sometimes it needs a bit longer, sometimes things get very fast. There’s no news from my side.”

Rudiger’s fortunes have taken a huge turn in the last 12 months, having been set to leave Chelsea on loan last January after falling out of favour under Frank Lampard.

However, the 28-year-old opted to stay and quickly found himself back in the side when his countryman Tuchel replaced Lampard at the end of that month.

Rudiger has since missed just five of Tuchel’s 36 matches in charge, establishing himself as a key player and playing every minute of Chelsea run through the knockout stages to win the Champions League in May.

Tuchel added: “I think Toni feels very, very good at Chelsea. He feels respect from his team-mates, he feels the importance he has in the team. It’s well deserved because he delivers.

“He feels the love from the supporters. He plays in the strongest league in Europe and in a big club, so not many reasons to change. But it’s in good hands. I’m calm and relaxed – whatever has to happen will happen.”

Tuchel also offered his support to Rudiger’s fellow defender Reece James, who had several medals stolen from his home while he was playing in Chelsea’s Champions League win over Zenit on Tuesday night.

The head coach said: “It was pretty shocking for all of us to hear the news and then see the footage.

“There’s not much to say. It’s a given that we support him. The club is very supportive and we are supportive emotionally.

“Sometimes it helps to keep the focus on the game and on the training.”

Chelsea take on Tottenham in #GameZero on Sunday – live on Sky Sports from 4pm – with their London rivals sweating over the availability of wingers Lucas Moura and Steven Bergwijn after they picked up injuries in their 2-2 draw at Rennes on Thursday.

Heung-Min Son’s fitness is also in doubt after he missed Spurs’ last two games with a calf injury, but Tuchel rejected the idea that their opponent’s issues make it a good time to travel to north London and praised the “energy” Nuno Espirito Santo had brought to the club since his arrival in the summer.

He said: “It’s always a good time to play Tottenham because it’s a big match and they are big rivals. It’s one of the matches you want to play. 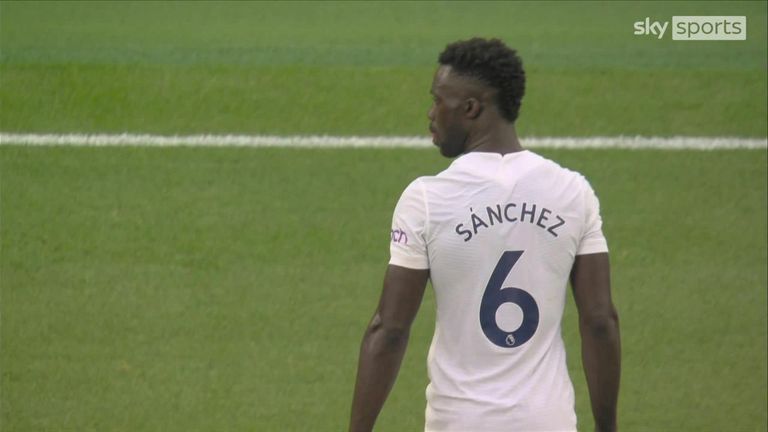 Tottenham head coach Nuno Espirito Santo could have Davinson Sanchez, Cristian Romero and Giovani Lo Celso back in contention for Sunday’s game with Chelsea as they’re due to return from quarantine in Croatia

“I don’t think it’s a good time because players are out – you never know the effect of it. They have a new manager that brings new energy. They had a fantastic start with the win at home against Man City.

“They created an atmosphere in the stadium that enabled them to beat Man City. They were relentless and hard-working, so we expect them to do the same against us and that’s why we expect a tough opponent.

“I find us competitive, I trust in us and I think we need to be at our top level to have a chance to win the game.”

Tuchel – who will welcome N’Golo Kante back into the squad for Sunday’s game but is still without Christian Pulisic – also dismissed the idea that Chelsea’s extra two days of rest before their game against Spurs gives them an unfair advantage.

Chelsea’s home win over Zenit came 48 hours before Spurs’ draw at Rennes, and Tuchel welcomed the extra rest, saying: “It’s good, I like it, because we had a good day off. It’s very rare.

“But is it an advantage? I think if you go into the statistics over the years, I think you find no advantage if a team has one or two days more [rest]. Sometimes it’s good to stay in the rhythm – it depends.”

How can Tottenham stop Lukaku?

Romelu Lukaku has announced his return to Chelsea with four goals in as many games. How can Tottenham stop the Blues’ ‘main man’ adding another this weekend? 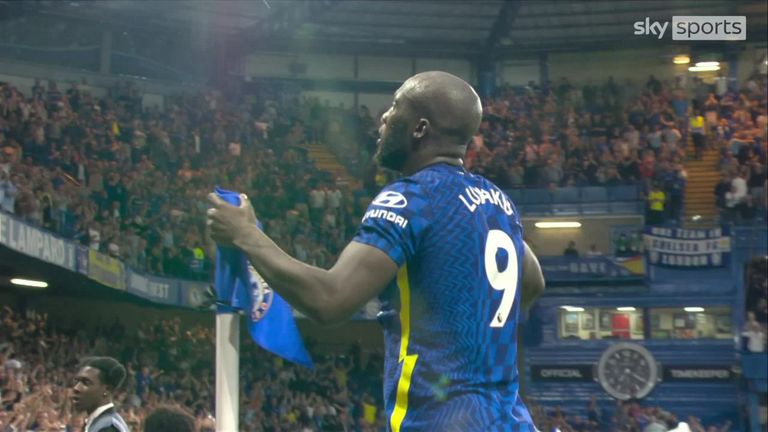 Thomas Tuchel described Romelu Lukaku as the type of player Chelsea were missing, after the striker scored his fourth goal in as many games to help his side beat Zenit in the first game of their Champions League title defence

Lukaku was labelled the ‘complete striker’ by Sky Sports’ Graeme Souness following his double in a 3-0 win over Aston Villa last Saturday, and has hit the ground running on his Premier League return after netting 47 Serie A goals across the last two seasons with Inter Milan.

He’s looked the missing piece of the puzzle for Thomas Tuchel’s Champions League winners, who scored only 25 times in the German’s 19 league games in charge last season, and owed their improved results almost entirely to a shored-up backline which conceded just 15 goals in that time while keeping 11 clean sheets.

Lukaku’s arrival has provided a whole new headache for opposition managers. The 28-year-old is a nightmare in the box, is already exceeding his expected goals target and has won more duels than almost anyone else in his first three matches back – all while being one of Chelsea’s best creators, too. Tuchel himself has admitted the Blues had “missed” someone of his quality.

“He is goals,” said Souness. “You’ve got someone who can get you goals out of nothing. I think he’s near enough the complete striker – he’s very good at everything.”

Arsenal’s Pablo Mari was taken to the cleaners when trying to go toe-to-toe with Lukaku on his debut, but he is just as ready to punish defenders who give him space, as he showed with his fabulous touch and finish for Chelsea’s third against Villa.

Tottenham boss Nuno Espirito Santo has already got the better of one tough opposition in Manchester City this season – and now how does he go about keeping the big Belgian at bay when they go head to head on Sky Sports Premier League in #GameZero this weekend?