When Rob Edwards retired from professional football in October 2013, he wasted no time before embarking on the next chapter of his life.

In a career that started at Aston Villa and spanned 14 years, the 38-year-old turned out for nine clubs, achieved promotion to the Premier League on two occasions and won 15 caps for Wales.

But it was a career often disrupted by injury and, after leaving Barnsley at the conclusion of the 2012/13 season – added to the fact interest from other clubs was less than forthcoming – the former defender opted to hang up his boots at the age of 30.

Having been content to make such a life-changing decision, there had to be something significant in the pipeline.

“Football is a strange thing. You can have your aims or targets, but it is hard to plan your route and journey,” he explains to Sky Sports.

“When I retired, I knew I wanted to go into coaching. I was already on my A licence and found myself going in at Manchester City and Wolves, working with the U16s. One thing led to another and my first role was as an U18s coach at Wolves, which was a brilliant first experience.

“In the first year, I moved up quite quickly with the first team and then had three years at first-team level, working as a coach. I did a year as manager at Telford in the National League North, then back in to do the Wolves U23s, which I did for a year-and-a-half. I have had a good mix of experiences.”

Having made such an impression during his time working in the youth set-up at Molineux – and helped the U23s into the Premier League 2 Division 1 – in October 2019, he was recruited to work as a coach with the England U20s.

Within a year he had been appointed as U16s head coach, as the gradual progression continued.

“It was a fantastic experience,” he said. “I was working with some great people, some really good coaches, obviously top players and I learned a lot. I felt really privileged to be in that job coaching the U16s and assistant for the U20s.

“Learning from people like Lee Carsley, John McDermott, Keith Downing, Steve Holland and Gareth Southgate himself, of course. I’m leaving a lot of people out there, by the way, there’s just some brilliant people there. It was a great experience and one I’ll be forever thankful for.

“I probably wasn’t there long enough to have a major effect on any of the players, but I feel privileged to work with some of them, and I’ve probably taken more from those players, whether it’s their mentality or some of the things they were doing with the ball or tactically, I probably took more than they have taken from me.”

As Edwards previously alluded to, owing to the football industry’s uniqueness and ever-changing nature, following a detailed plan is rarely possible when carving a career.

But the work ethic, enthusiasm and likeability Edwards possesses makes him an attractive candidate for managerial roles – something that Forest Green owner and chairman Dale Vince clearly saw when searching for Mark Cooper’s long-term successor in the summer.

“With England, I was in a really good role and I wouldn’t have left for just anything,” he says, confidently.

“This opportunity was just too good for me to turn down. I think the things I have experienced in my eight years of coaching have stood me in good stead and prepared me for this time now. It was something I’ve always wanted to do and it felt like it was just the right club at the right time.

“The previous manager had about five years in the job, so the fact he was clearly given time and support was a big thing for me. I thought there was a really good base to start from as well because a good chunk of the players who had done so well were still here and contracted for this season. I didn’t feel like I’ll be coming in and having to completely start again. In League Two, there’s quite often big turnovers of players and people can be starting again every year almost.

“I felt that there was fantastic support right away from top all the way through at the football club. With Dale and Rich Hughes, the director of football, there’s some real support there for us; there’s a great group of staff and a fantastic group of players. It was a no-brainer for me.”

Support has also come from Steve Cooper, whose journey into senior management was similar; he also worked within the England youth set-up between 2014 and 2019, before taking on the Swansea job and guiding the club to the Championship play-offs in two successive seasons.

“His journey definitely offers inspiration for me. I actually know Coops – we didn’t crossover at the FA, but he was someone I spoke to a lot when I was going to leave Wolves and take the role at the FA and I still speak to him now.

“When I was on my A licence, he came and delivered on my course with the FAW (Football Association of Wales) so I got talking to him then and got to know him. He has always been someone that I’ve been able to ask different things. He’s such a good coach and very experienced in his coaching. So I try to pick his brains quite regularly and have done so this season as well. 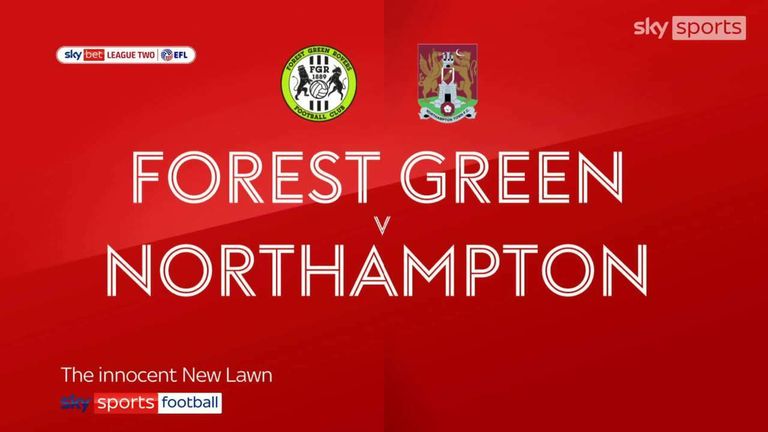 “What he has done is very inspirational for someone like me. It shows that you can do things a certain way and be successful.”

Edwards’ start to life as Rovers boss has been an encouraging one. His side sit top of Sky Bet League Two ahead of Saturday’s trip to Stevenage, having returned to the summit after last weekend’s 1-0 win over Northampton.

They have won five of their opening seven league games and scored 14 goals along the way, while in the Carabao Cup, they beat the Championship’s Bristol City on penalties and even took the lead against Premier League new boys Brentford before eventually falling to a 3-1 defeat in west London.

It’s safe to say he has been impressed with what his side have produced so far.

“To start with four league wins, to beat Bristol City and then to perform the way we did against Brentford was outstanding because the games are coming thick and fast and we were really consistent in our performances and our performance levels. We couldn’t have asked for much better.

“Port Vale was probably a bridge too far [a 2-0 defeat on August 28], so we took a bit of a hit, but I thought we recovered very well against Northampton in the Papa John’s Trophy and, over the 90 minutes, we played well.

“We played Cardiff and Swansea in pre-season and performed very well against both of those and then we went into that Bristol City game – off the back of a good win [against Sutton] – full of confidence. We were at home, the supporters were brilliant and it was a really good night. We got an equaliser we felt we deserved and then to win on penalties was fantastic and topped the night off really well.

“Particularly the first-half performance against Brentford was excellent, it really was. The second half was still very good, but they made some changes, affected the game and deserved to win in the end. Both of those games give you a lot of confidence to be able to perform that way against higher opposition.”

While this is only Forest Green’s fifth season as an EFL club, they have reached the play-offs twice in the last three seasons and missed out on a place in last season’s final after a 5-4 aggregate defeat to Newport.

Edwards wisely deliberates before he chooses his words when asked whether there was a clear desire to set the record straight upon his arrival at the club.

“I want to be careful in saying what our aims are,” he cautiously adds. “Our aims are to try and improve on last season. The lads did very well last year, got to the play-offs and were unlucky not to go through to the final.

“Dale just wants improvement across the board. We just want to improve in every aspect on and off the pitch – and if we’re ready to do something this year then fantastic, but if we’re not then we’re not.”

Forest Green’s EFL journey is still in its infancy, yet having started to lay the foundations for a positive season and with a bright young manager at the helm, there’s a feeling it won’t be too long before the club is cutting its teeth at a higher level.