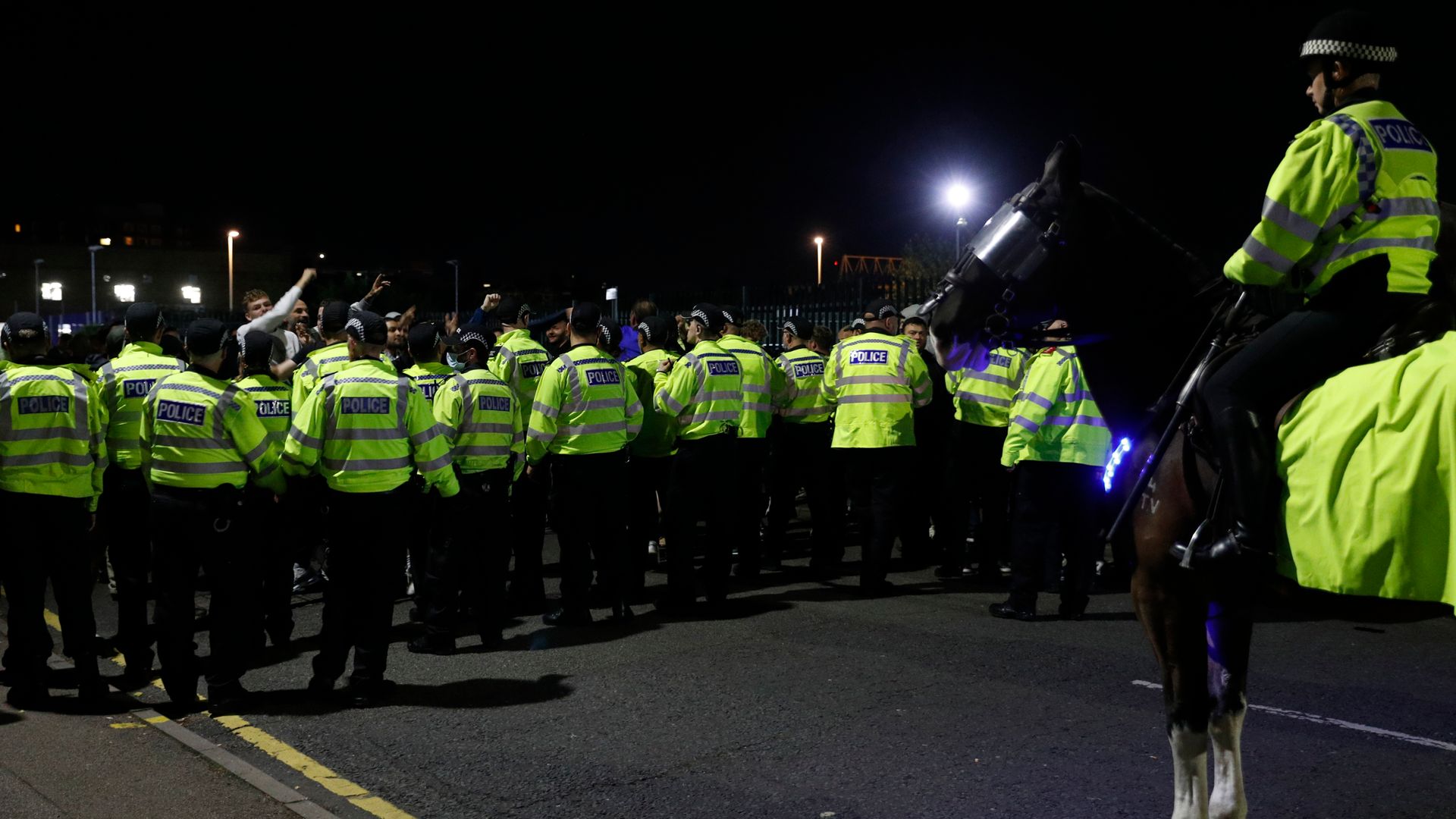 Multiple arrests were made following a fight between Leicester City and Napoli fans ahead of their Europa League tie.

Police said eight Napoli fans and a 27-year-old man from Leicester were arrested following a street fight near the King Power Stadium on Thursday, with all individuals still in custody.

A 39-year-old man from Italy was also arrested on suspicion of racially abusing a taxi driver.

Leicestershire Police said the man was “dealt with by way of community resolution”.

In addition, a 36-year-old man, from Anstey, was questioned on suspicion of a racially aggravated public order offence, but he was subsequently released without further action.

The force added supporters from both clubs threw objects towards one another near the end of the match.

Leicestershire Police said no further arrests were made, however enquiries into the disorder prior to full time are ongoing.

The group-stage encounter finished 2-2 after hosts Leicester had earlier led their Serie A opponents 2-0.