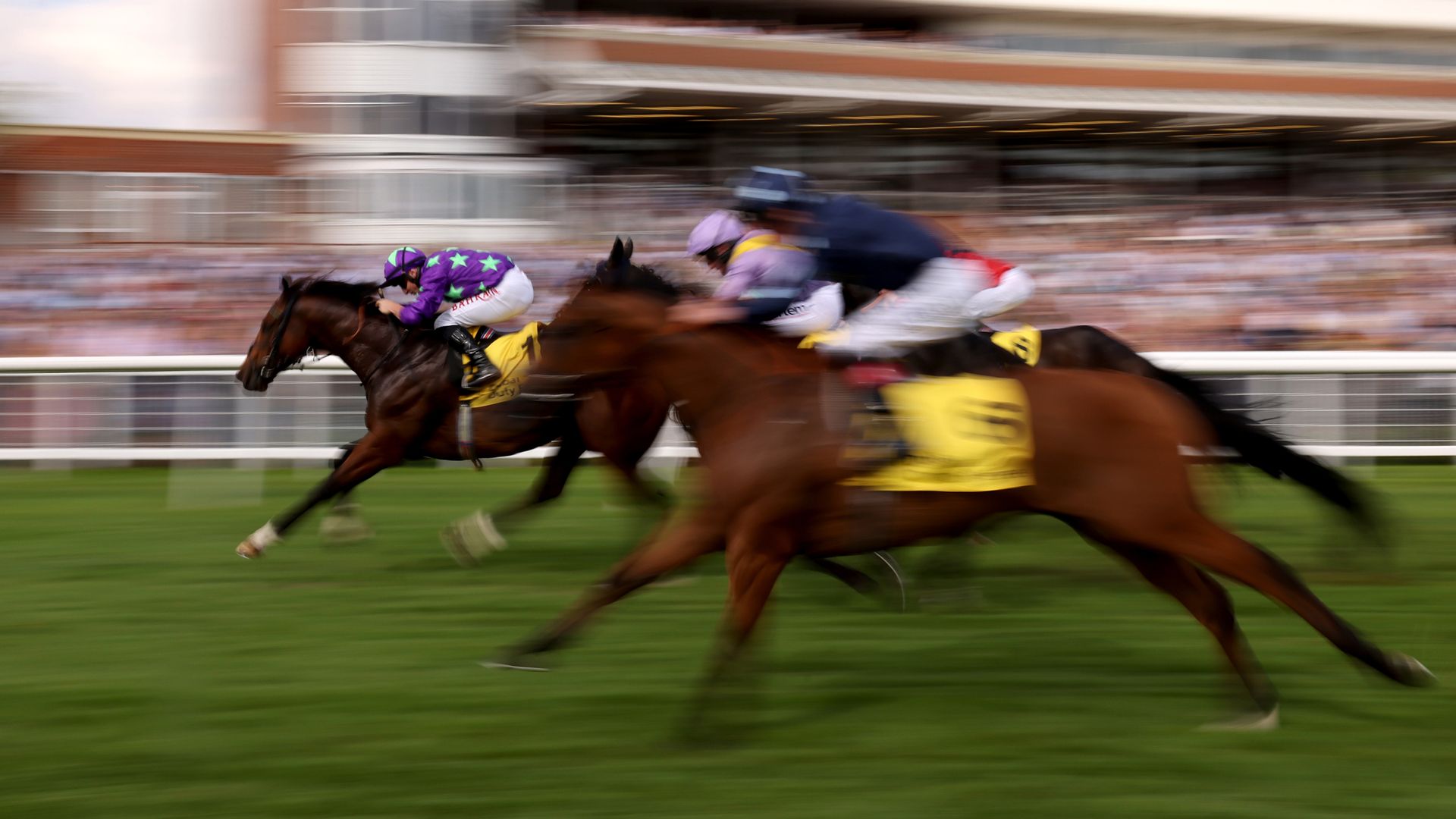 Hurricane Ivor handled the step back up to Group Three company with aplomb when showing off his trademark late flourish to win the Dubai International Airport World Trophy Stakes at Newbury.

An improver for William Haggas this season in handicaps, his victory in the Portland over five and a half furlongs at Doncaster last week took his handicap mark up to 107.

The Newmarket handler felt the time was right to take the plunge and return to Pattern company, but the only problem was this race was just seven days after his Town Moor heroics.

Having backed up quickly once already this season at Sandown and Ascot though, Haggas was not too concerned and the four-year-old certainly showed no ill effects.

While he found himself a little outpaced last week, he appeared to travel sweeter on this occasion, despite racing over half a furlong less.

Moss Gill set the early pace with Tis Marvellous and Significantly harrying him, as Tom Marquand tracked them before asking his mount for an effort with just over a furlong to run.

Hurricane Ivor (4-1) had over a length to make up, but just like last week, he was strongest at the finish and ended up winning by a cosy three-quarters of a length from Moss Gill who held on for second.

“To be honest I thought the five furlongs might catch him out today, but I think the ground was a big help,” said Marquand.

“When there is a bit of cut, it brings stamina into the equation and gives him a chance to finish his race off.

“It’s a good performance backing up that quick.”

Maureen Haggas, wife and assistant to William, said: “He was a bit more switched on this week as he was a bit laid back last week, he was a bit brighter.

“He takes a while to get going, but this was half a furlong shorter so he’s done well to win.

“He’s a lovely straightforward horse and just does what you ask him to do – not much more though!

“I don’t know what we’ll do now, he doesn’t mind a bit of dig and it must rain at some point. He could go to France, you never know, he’s done nothing but improve.”