Newcastle produced a spirited comeback to draw 1-1 against Leeds on Friday Night Football but that wasn’t even enough to ease the pressure on beleaguered manager Steve Bruce.

There were audible murmurs of discontent inside St James’ Park when Raphinha’s cross sailed into the Newcastle net to hand Leeds the advantage inside 13 minutes.

The winless Magpies could well have crumbled but mounted an engrossing fightback, led by the talismanic Allan Saint-Maximin, who drilled in the equaliser on the stroke of half-time.

Newcastle and Leeds registered 38 attempts on goal between them but could not find a winner or that elusive first league victory of the season as goalkeepers Karl Darlow and Illan Meslier both produced magnificent saves to ensure the spoils were shared.

The draw does little to spark Newcastle and Leeds’ slow starts into life. Both climb a place in the table, with the Magpies up to 18th and Marcelo Bielsa’s side up to 16th, while a point wasn’t enough to prevent calls for Bruce to be relieved of his duties at the full-time whistle.

Man of the Match: Allan Saint-Maximin.

There was a curious cocktail of emotions circling around the stadium ahead of kick-off. Bruce’s increasingly perilous position as manager, leaks of training ground unrest in national newspapers, and the Magpies’ winless start to the start to the season generated an atmosphere fearful of the next twist. On 13 minutes, it came.

Raphinha drifted in off the right flank and whipped a teasing in-swinging cross towards Rodrigo, who brilliantly shaped to shoot before dummying the cross and allowed it to drift past the returning Darlow in the Newcastle goal.

Raphinha passed up an opportunity to double his and Leeds’ tally soon after as the collective mood on Tyneside deteriorated in the face of Newcastle’s laboured attempts to contain their rampant visitors.

Newcastle finally mustered a response midway through the half when Miguel Almiron dragged a shot inches past the post before Meslier produced a heroic save at point-blank range to prevent Joelinton from equalising after Saint-Maximin’s superb forward run and cross.

In a pulsating contest which swayed from one end to another at will, Leeds hit back with two chances before the half-hour mark, but Rodrigo and Kalvin Phillips missed the target by a matter of inches with shots from the edge of the box.

In another thrilling passage of play, Darlow got down well to keep hold of Mateusz Klich’s drive before Matt Ritchie saw his thunderous drive tipped onto the post by Meslier at the other end moments later.

Just as it seemed Leeds had reached the break with their lead intact; Newcastle struck a minute before the interval as Saint-Maximin raced onto Joelinton’s pass and weaved his way into the area where he smashed an unstoppable effort through bodies and past Meslier.

Daniel James, on his first Leeds start since his summer move to Manchester United, swept a volley wide of the Newcastle goal early in the second half before Jamaal Lascelles’ blushes were spared by goalkeeper Darlow as he produced a fingertip save to prevent the defender’s header from looping into his own net. 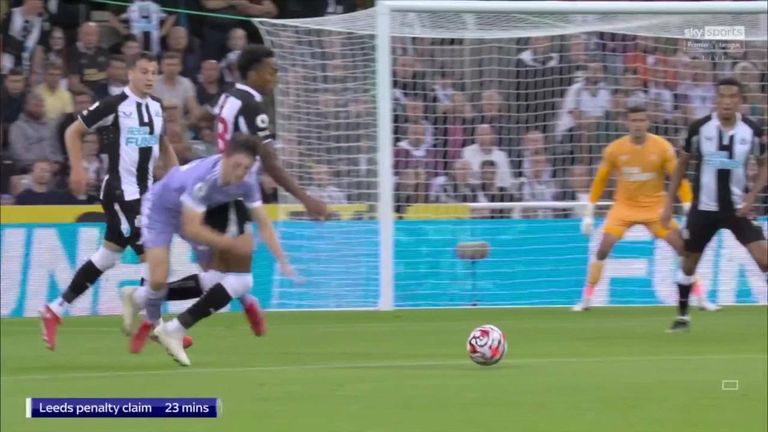 Gary Neville and Jamie Carragher feel Leeds were denied a clear penalty after Dan James was bundled over in Leeds’ 1-1 draw at Newcastle.

Saint-Maximin was front and centre of Newcastle’s effort to find a winning goal but Meslier was on hand to tip his near-post drive around the post on the hour.

Patrick Bamford squandered his best chance of the game with 18 minutes remaining when he shot tamely at Darlow and, when Meslier thwarted another late Saint-Maximin effort, time had run out for either side to find a winner. 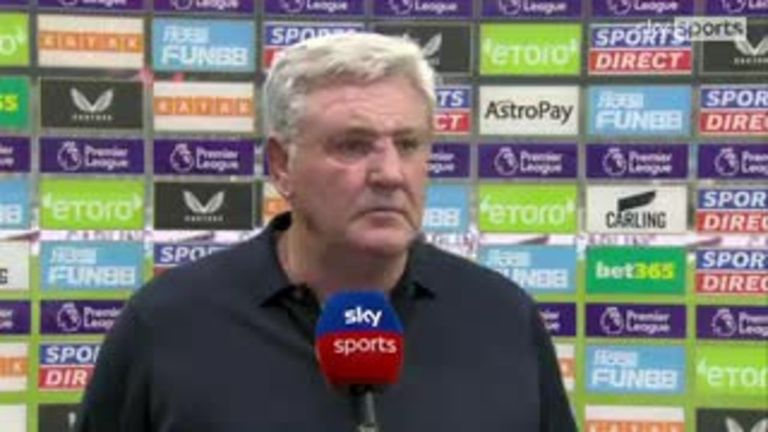 Newcastle boss Steve Bruce says he must accept the pressure he’s under, but remains confident that their first win of the season is not far away.

Newcastle manager Steve Bruce: “I enjoyed the game and let’s be honest it could have gone either way. It was like when you play at school, it was end to end and to be fair to Leeds they force you into that way. After a difficult start, the actual game and response from our team was terrific.

“It’s been fine margins today. We needed a bit of luck to go our way. It’s been a difficult start there’s no disputing that but if we keep playing the way we did there then I’m convinced we’ll be ok.

“I can understand frustrations. I get that. The atmosphere they created makes the spectacle. They are unique and the way they got behind the team was the most important thing and I’m very pleased about that.

“That’s the big thing about the Premier League whether you’re at the top or the bottom. You have to accept when you don’t win a game you come under pressure. How you handle it, keep your dignity, do what you think is best and stick with it. The way they have gone about their work today, it could have gone either way, but it was a great football match.” 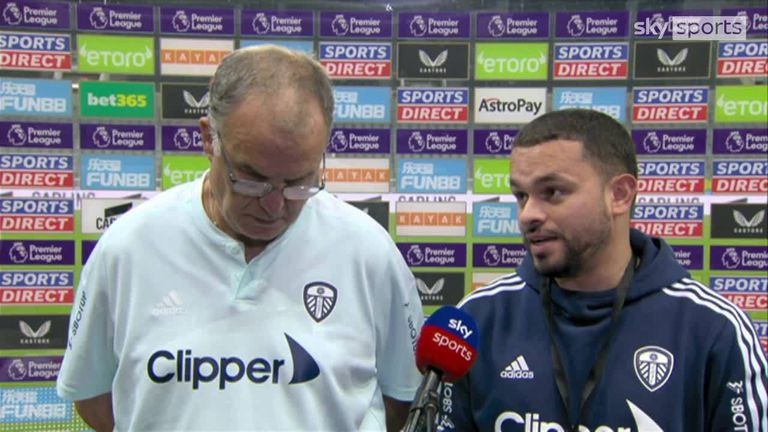 Leeds boss Marcelo Bielsa admits he is concerned that his side are yet to register their first Premier League win of the season.

Leeds head coach Marcelo Bielsa: “We had sufficient chances to go in at the break with a bigger margin, but we didn’t score in proportion to the amount of chances we created. We were missing some efficiency and capitalising on the chances that we had. We had a lot of possession, perhaps we could have created even more danger especially in the second half.”

“It was a really good game to watch. Every team that plays against Leeds probably feels as if they are involved in a great game. I don’t think there will be any Newcastle fans leaving tonight thinking they have been done by the players or were tactically out-played by Leeds. They gave punch for punch. Leeds draw you into that sort of fight.

“Saint-Maximin is breath-taking to watch. He is a massive threat, he does everything you wouldn’t want him to do if you are a defender playing against him, and he creates chance after chance. He is brilliant for the Newcastle fans.”

Carra: I feared things could have gone toxic

“I feared for Newcastle and thought it could have gone toxic. I don’t think it quite did, but there was enough in the first half to enthuse Newcastle fans.

“If Newcastle get Saint-Maximin and Callum Wilson on the pitch I don’t think they will have any fears about going down. But they are in the bottom three and haven’t won a game so there is that fear.”

Man of the Match – Allan Saint-Maximin

Tonight’s Man of the Match @asaintmaximin rankings per 90 minutes for Newcastle since club were promoted to PL in 2010:

113 players have played in PL for Newcastle since August 2010 pic.twitter.com/RViPkyMgnP

Newcastle’s Allan Saint-Maximin has scored in consecutive Premier League matches at St James’ Park, registering as many goals as he netted in his first 30 home games for the club beforehand (two).

Newcastle travel to Watford and Leeds host West Ham in the Premier League next Saturday at 3pm. Before that, Leeds travel to Fulham in the third round of the Carabao Cup on Tuesday at 7.45pm.