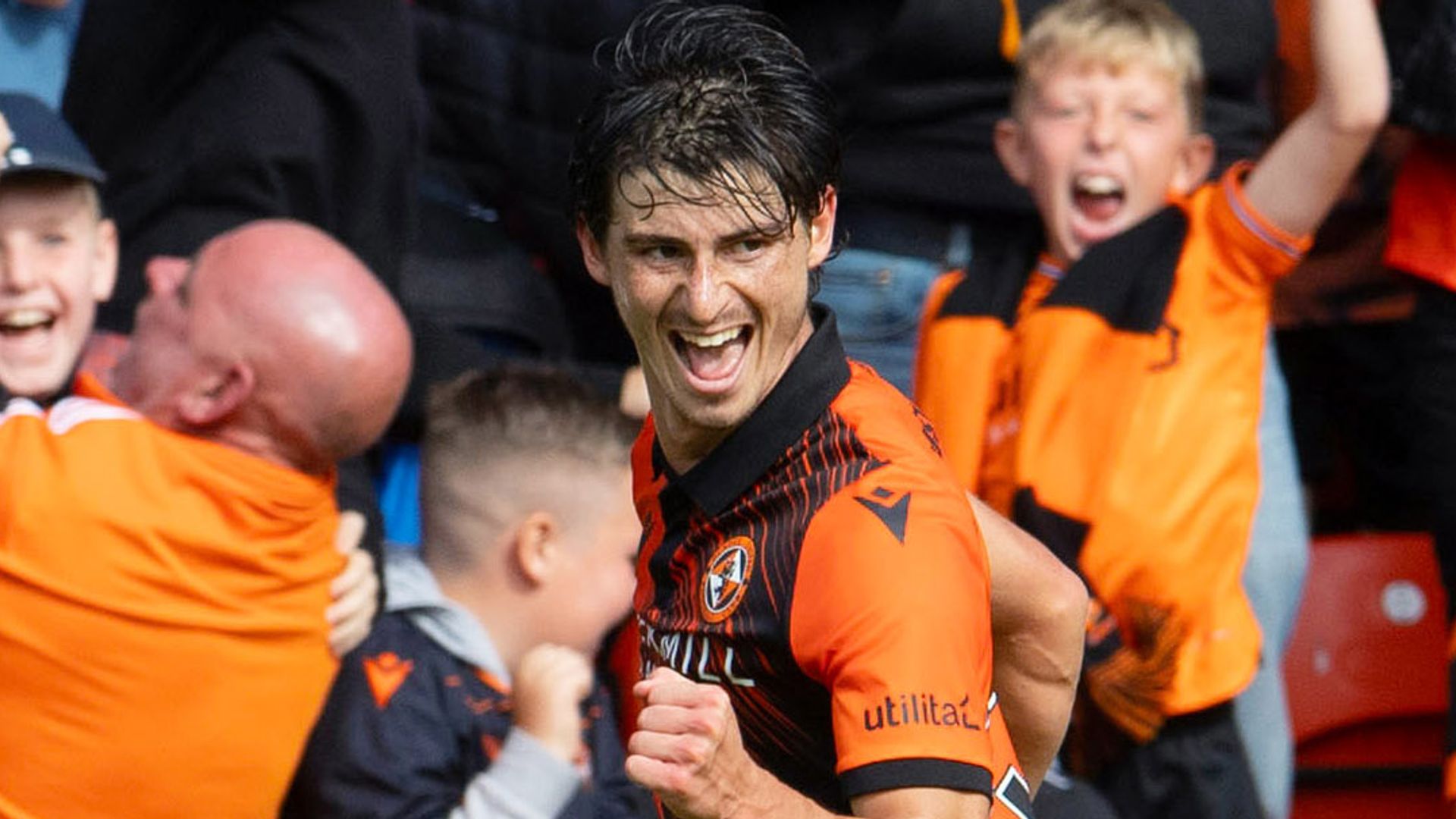 Ian Harkes’ late strike earned Dundee United a 1-0 victory in the first Dundee derby staged in the top flight since 2016.

Chances were few and far between in a tightly contested match but the hosts eventually made the breakthrough with 10 minutes left, ensuring a positive ending to a weekend on which a new statue of the revered former United manager Jim McLean was unveiled at Tannadice.

Dundee, who were denied a stoppage-time equaliser when Jordan Marshall’s shot was blocked on the line by Ryan Edwards, are still without a win from their six opening Premiership fixtures.

United made two changes to the side that started the goalless draw at St Mirren last weekend, with goalkeeper Ben Siegrist and 16-year-old defender Kerr Smith replacing Trevor Carson and Liam Smith respectively.

There was one tweak to the Dundee side that began the home draw with Livingston as manager James McPake out Paul McMullan in the place of Luke McCowan.

Dundee signalled their intent in the first minute when Cammy Kerr fired a powerful shot just over from the edge of the area.

At the other end, United attacker Peter Pawlett threatened with two attempts in quick succession from outside the box.

Dundee went close in the eighth minute when Leigh Griffiths glanced a header from Jordan Marshall’s cross agonisingly wide of the far post.

The same two players combined again to dangerous effect in the six minutes later as another Marshall delivery from the left picked out the on-loan Celtic striker, who saw his low half-volley from eight yards out turned round a post by Siegrist.

United almost made the breakthrough in the 34th minute when Pawlett’s low shot from edge of the box was tipped on to a post by goalkeeper Adam Legzdins. Dundee defender Ryan Sweeney was forced off through injury in the aftermath, with Liam Fontaine his replacement.

McMullan tested Siegrist with a shot from 20 yards out in the 43rd minute before United defender Charlie Mulgrew curled a free-kick just wide from 35 yards out in the last notable action of an underwhelming first half.

United substitute Dylan Levitt had the first attempt of the second half in the 63rd minute but his 25-yard strike was easily dealt with by Legzdins.

After falling out of the game for a period, Dundee almost went ahead in the 73rd minute but Shaun Byrne saw his goalbound effort from 15 yards out blocked by United defender Edwards before Griffiths blazed the rebound over from close range.

United eventually came up with the game’s decisive moment in the 80th minute when Harkes fired home a powerful strike from the edge of the box.

Dundee United host Hibernian in the Scottish League Cup quarter-final at 7.45pm on Thursday before travelling away to Celtic on Sunday September 26; kick-off 3pm.

Dundee take on St Johnstone at the same stage on September 22 at 7.45pm followed by Rangers at Dens Park on Saturday September 25 at 3pm.