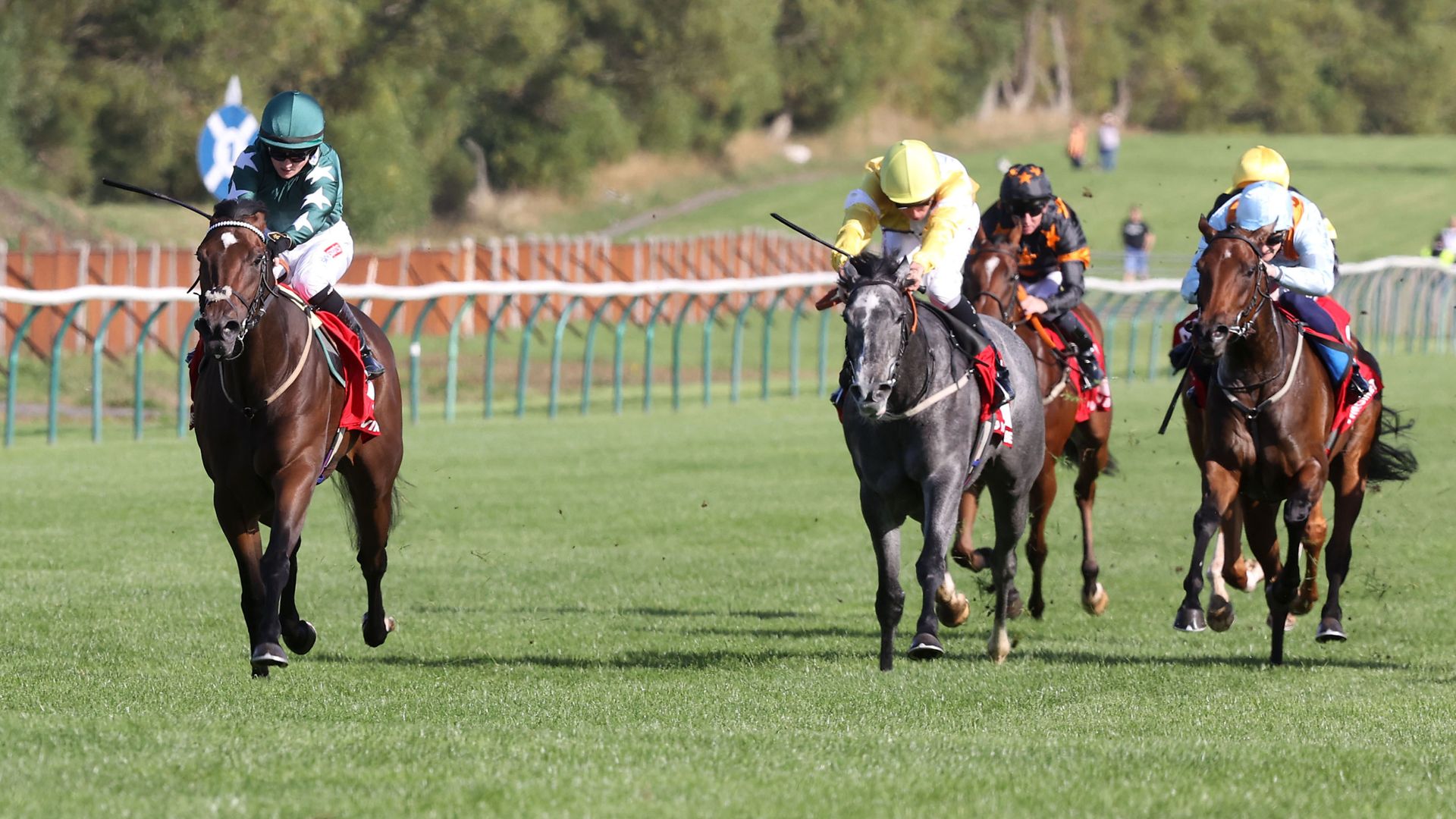 Hollie Doyle and Nazanin claimed a last-gasp victory in the Virgin Bet Firth of Clyde Fillies’ Stakes at Ayr.

A field of 14 juvenile fillies went to post for the Group Three contest, with the Archie Watson-trained Nazanin a 16-1 shot after finishing a well-beaten eighth in last month’s Lowther Stakes at York.

Deep inside the final furlong, the main of the action took place on the far side of the track, with Canonized – turning out just 24 hours after finishing fifth in a Listed event at the Scottish track – locked in battle with Hala Hala Athmani and Irish raider Head Mistress.

But ploughing a lone furrow down the centre, Doyle and Nazanin finished with a flourish to get up and deny Canonized by a short head, with Hala Hala Athmani and Head Mistress close up in third and fourth respectively.

Doyle said: “She’s been taking steps forward. In the Lowther last time, the ground was very quick and I didn’t think she let herself down, but today I let her use herself and she’s got through that ground lovely.

“It’s just so good for Archie and the connections.

“She’s been highly tried on her last two runs, so it’s always a bit worrying, you don’t know if you’re overfacing them, but we’ve always known she’s got the ability. It’s excellent she’s done that today.”