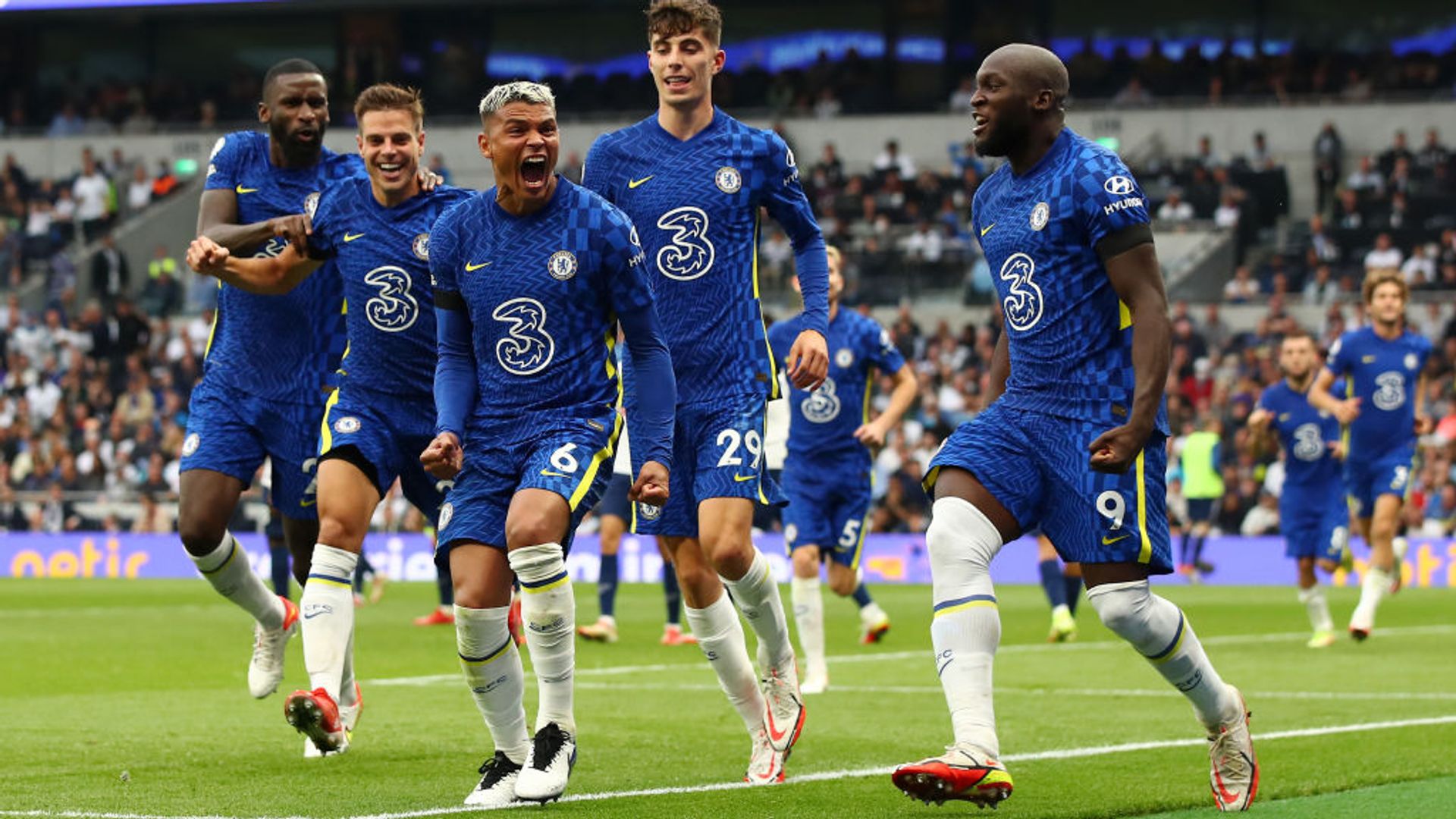 Thiago Silva, N’Golo Kante and Antonio Rudiger were on target as Chelsea produced a brilliant second-half performance to beat Tottenham 3-0 in #GameZero at the Tottenham Hotspur Stadium.

On a day of emotional tributes to Jimmy Greaves, the Tottenham, Chelsea and England legend who died on Sunday morning, Thomas Tuchel’s side underlined their title credentials in impressive style.

Following an even first half in north London, the visitors took charge of the game when Silva headed Marcos Alonso’s corner beyond Hugo Lloris shortly after the break.

Tottenham were still reeling from that setback when Kante, a half-time substitute for Mason Mount having recovered from an ankle injury, doubled Chelsea’s lead with a long-range strike which took a deflection off Eric Dier before bouncing in off the post.

Spurs had been bolstered by the return of Heung-Min Son as well as Cristian Romero and Giovani Lo Celso but they had no answer to Chelsea’s second-half performance and fell further behind when Rudiger dispatched substitute Timo Werner’s cut-back in stoppage time.

This was Tottenham’s second three-goal defeat in as many Premier League games following last weekend’s loss at Crystal Palace but for the upwardly-mobile Chelsea, it was just the latest statement of intent.