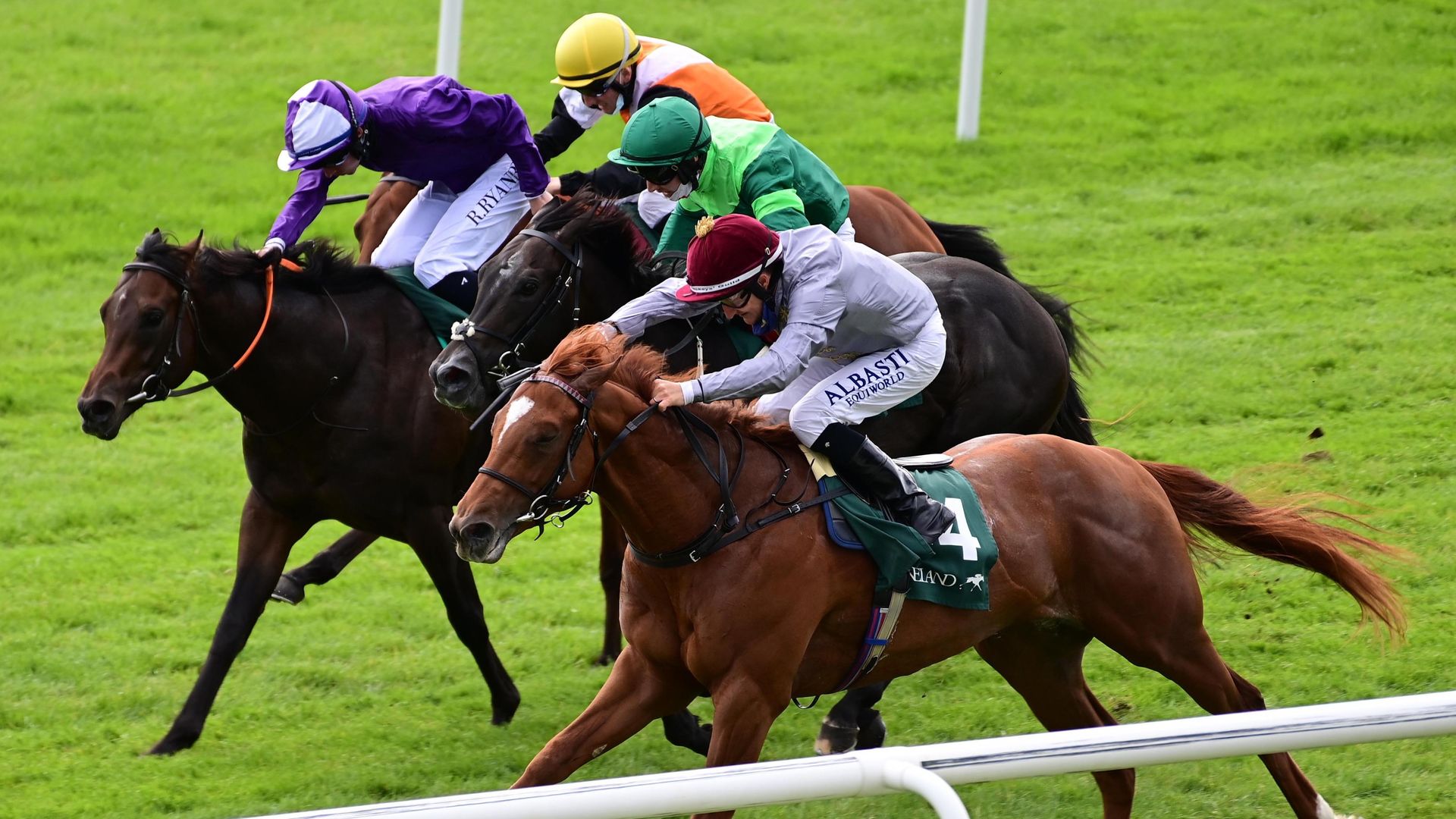 The Railway Stakes winner is one of 14 juveniles still in contention for the six-furlong Group One.

After the Railway, Go Bears Go headed back to Ireland for the Phoenix Stakes where he finished third, beaten a length by Ebro River with Dr Zempf in second, and the three are on course to meet again.

“We are exactly where we want to be, the ground looks like it’s going to be in great condition,” said Loughnane.

“We freshened him up and I think it’s done him the world of good, physically and mentally. He’s strengthened up loads and I couldn’t be happier.

“It’s a crucial time for two-year-olds. People might look and say ‘he’s only had four runs why does he need a break’, but he’s been on the go since last December for a breeze up.

“That’s a long time for a growing two-year-old to keep rocking and rolling and he’s done a lot of travelling, he went to Ireland twice in a short space of time.

As well as Ebro River, the other Group One winner set to line up is Richard Fahey’s Prix Morny hero Perfect Power.

Richard Hannon has two live chances in Armor, winner of the Molecomb, and Lusail, the Gimcrack scorer who disappointed in the Champagne Stakes on soft ground.

Alan King’s Asymmetric won the Richmond at Goodwood and was third in the Prix Morny, while Michael O’Callaghan has supplemented Twilight Jet, who has gone close in both the Gimcrack and Champagne on his last two outings.