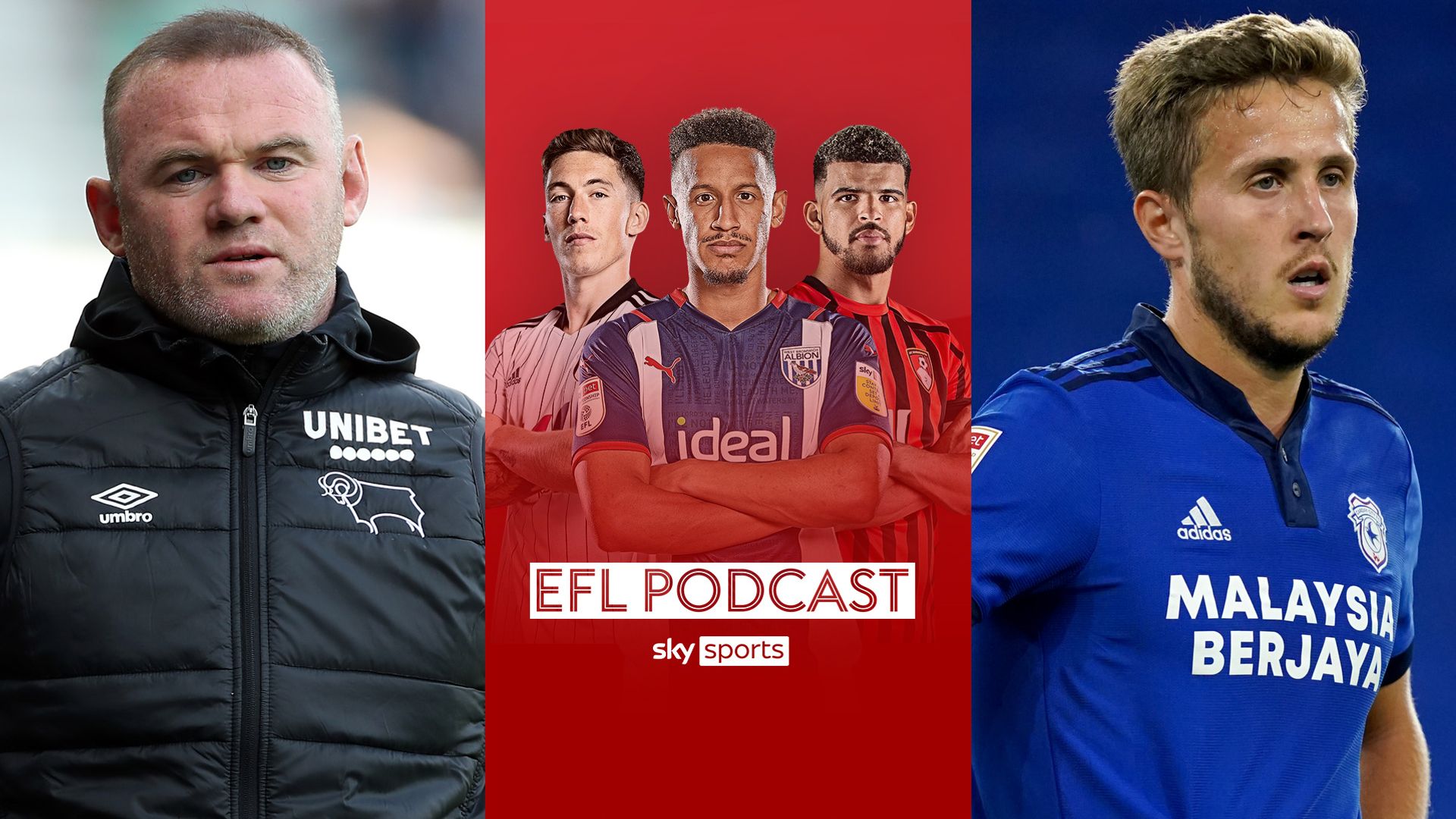 Listen to the latest episode and subscribe to the all new Sky Sports EFL Podcast from Sky Sports Football.

Jonathan Oakes is joined by Andy Hinchcliffe and Gary Weaver to assess all the latest from the Championship, League One and League Two.

The panel dissects all the most recent news and talking points from the EFL, while we also hear from a Cardiff City midfielder as he answers our quickfire questions in Ten To Tackle.

In the Championship (from the start) this week the focus is on Derby’s administration saga, Nottingham Forest’s first win after the sacking of Chris Hughton, Bournemouth going top of the table, Reading shocking Fulham, Middlesbrough’s struggles, another good win for Sheffield United and Luton’s capitulation against Swansea. We also hear from Cardiff midfielder Will Vaulks in Ten To Tackle (36m59s).

And in League Two (54m36s) it’s Port Vale’s win and James Wilson’s goal against Harrogate, the plight of Bristol Rovers after another defeat, Mansfield falling short and a round-up of the best of the rest.

And don’t forget to subscribe to the Transfer Talk podcast, the Gary Neville podcast, the Sunday Supplement and the Scottish Football Podcast