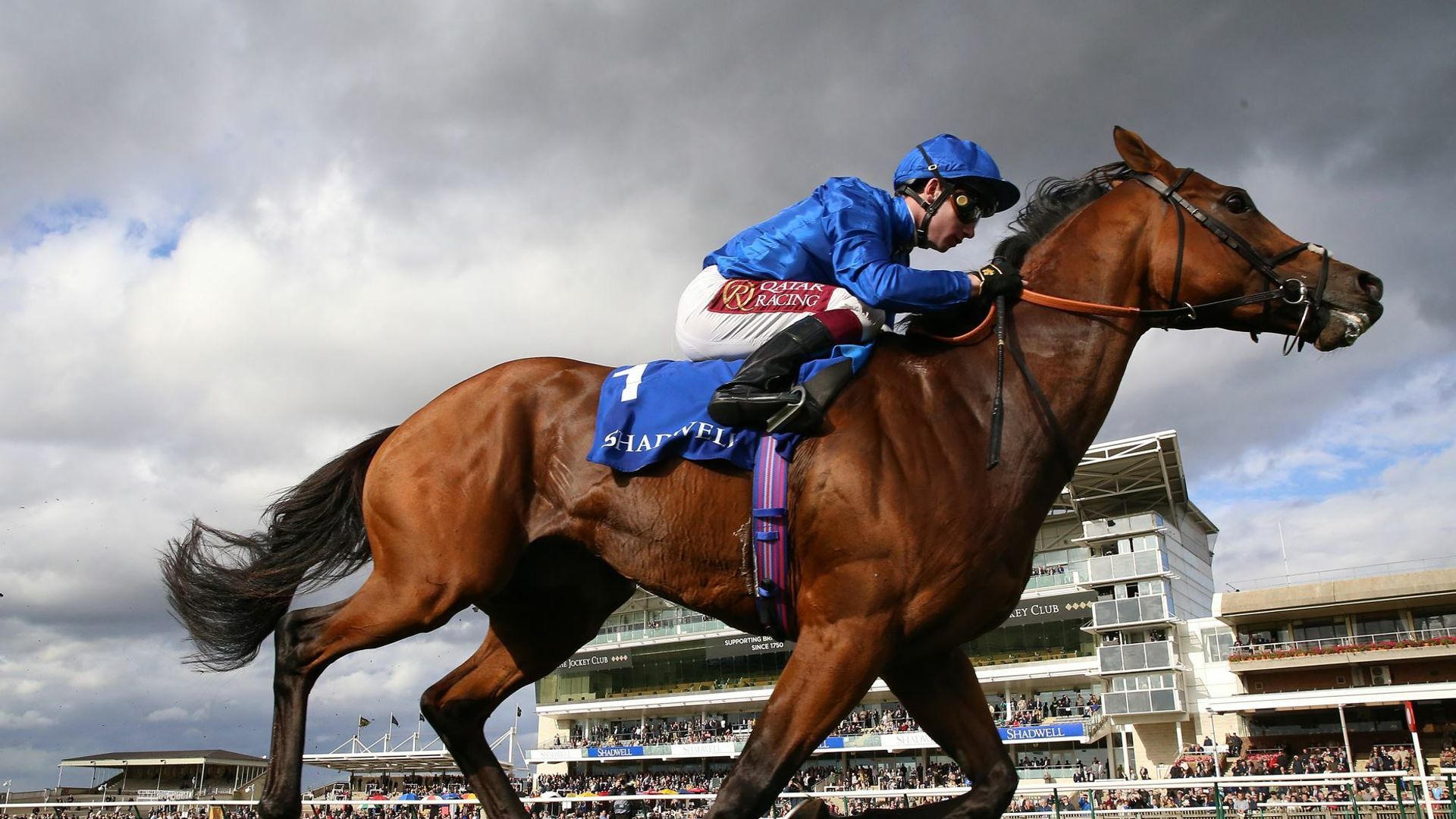 Godolphin stars Benbatl and Master Of The Seas will lock horns in the Joel Stakes at Newmarket.

Benbatl was a runaway winner of Friday’s Group Two contest in 2019, and finished third behind Kameko when defending his crown 12 months ago.

Saeed bin Suroor’s charge was narrowly denied by Lavender’s Blue on his return from almost a year on the sidelines in last month’s Celebration Mile at Goodwood, and bids to get back on the winning trail on his return to the Rowley Mile under Oisin Murphy.

Bin Suroor also had the option of saddling the improving Real World, but he has not been declared.

The biggest threat to Benbatl appears to be the Charlie Appleby-trained Master Of The Seas, to whom he must concede 4lb.

The Dubawi colt won the Craven Stakes over the course and distance in the spring, but has been sidelined by injury since being beaten a short head by Poetic Flare in the 2000 Guineas in May.

Group Two honours are also up for grabs in the preceding Rockfel Stakes, for which 10 juvenile fillies are set to go to post.

Ralph Beckett and Frankie Dettori team up with July Course maiden winner Girl On Film, while Jumbly puts her unbeaten record on the line for Roger Charlton following victories at Leicester and Kempton.

George Boughey’s Oscula is also in the mix.

Her rivals include Forbearance from the red-hot stable of Jessica Harrington, Hugo Palmer’s Golden Pass and Appleby’s Sayyida.