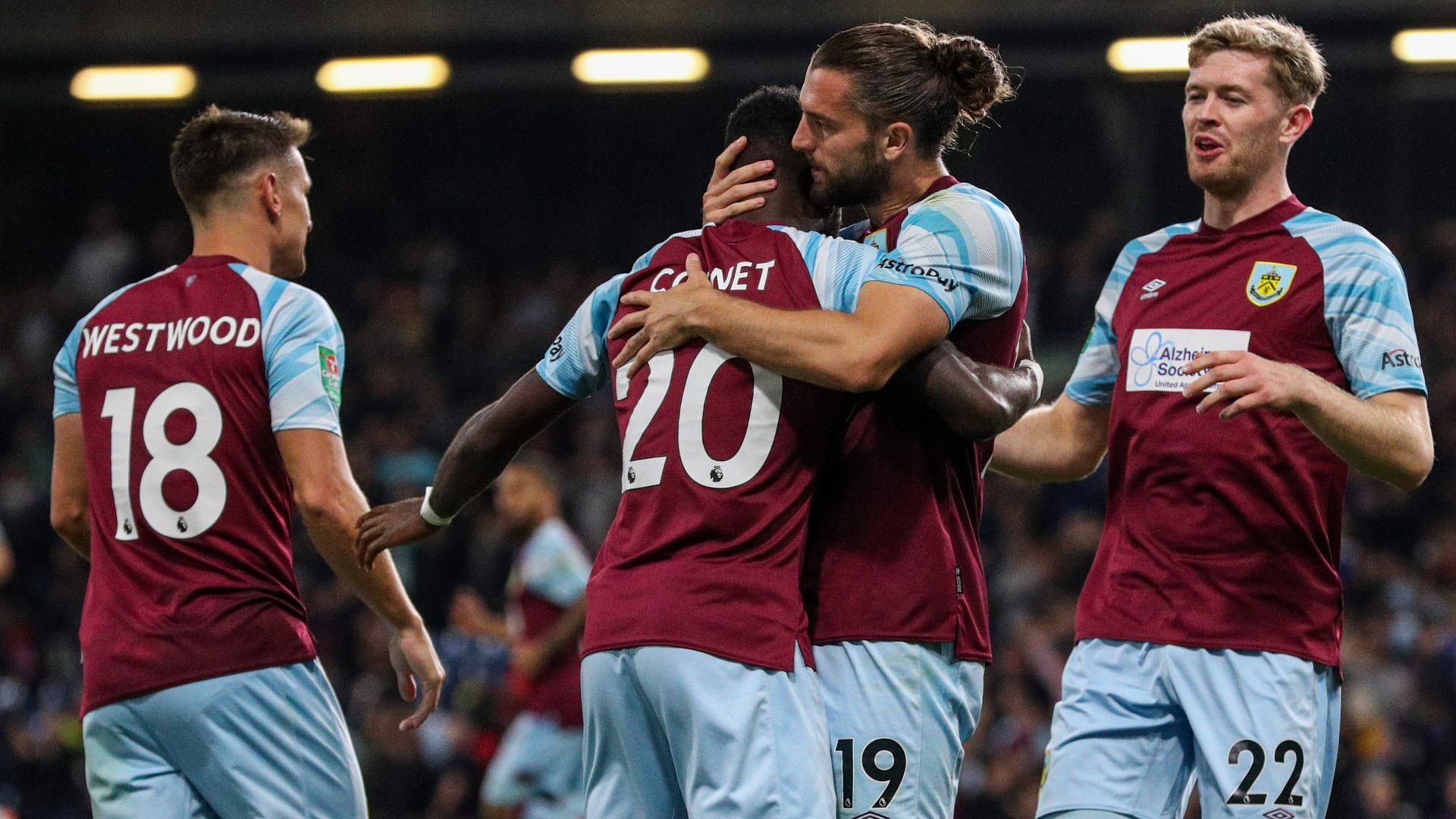 Jay Rodriguez scored four second-half goals as Burnley beat Lancashire rivals Rochdale 4-1 to book their place in the fourth round of the Carabao Cup.

After Jake Beesley had given Rochdale a shock 1-0 lead, Rodriguez ran riot at Turf Moor as two headers sandwiched a right-footed finish before a lucky rebound put the Clarets out of sight in the 75th minute.

Burnley secured their first home win in any competition since January, but were given a scare after falling behind in the first encounter between the two Lancashire sides in 28 years.

Sean Dyche made eight changes following Saturday’s narrow home defeat to Arsenal and one of them, summer signing Maxwel Cornet, could have marked his full debut with a first-half hat-trick.

But the Ivory Coast international was twice denied by on-rushing Rochdale goalkeeper Jay Lynch and later fired wide with the goal at his mercy.

Burnley did not fully bare their Premier League teeth until the 37th minute, but when they did it was by far the highlight of the first 45 minutes.

Matej Vydra and Rodriguez combined beautifully on halfway to set Cornet free, but he dragged a low left-footed shot wide.

Burnley took control as half-time beckoned, but failed to capitalise and Dale winger Jimmy Keohane served warning for the visitors when he curled a shot off target.

Dale caught Burnley cold at the start of the second half. Beesley showed excellent composure when picked out by Morley’s pass into the box and slid home a low finish into the bottom corner.

But the visitors’ lead did not last long as Burnley swept forward and Rodriguez rose highest to head home a 50th-minute equaliser from Cornet’s header.

Rodriguez slammed home his second after being teed up by Vydra and two minutes later headed home Ashley Westwood’s cross at the near post.

Tempers flared immediately after Rodriguez had sealed his hat-trick and referee Geoff Eltringham was quick to diffuse a melee.

Dale battled bravely on and threatened twice more through Danny Cashman and Corey O’Keeffe, but Rodriguez was not finished.

Aaron Lennon’s cross was cut out by unlucky Dale defender Eoghan O’Connell and the ball ricocheted on to Rodriguez and into the net.