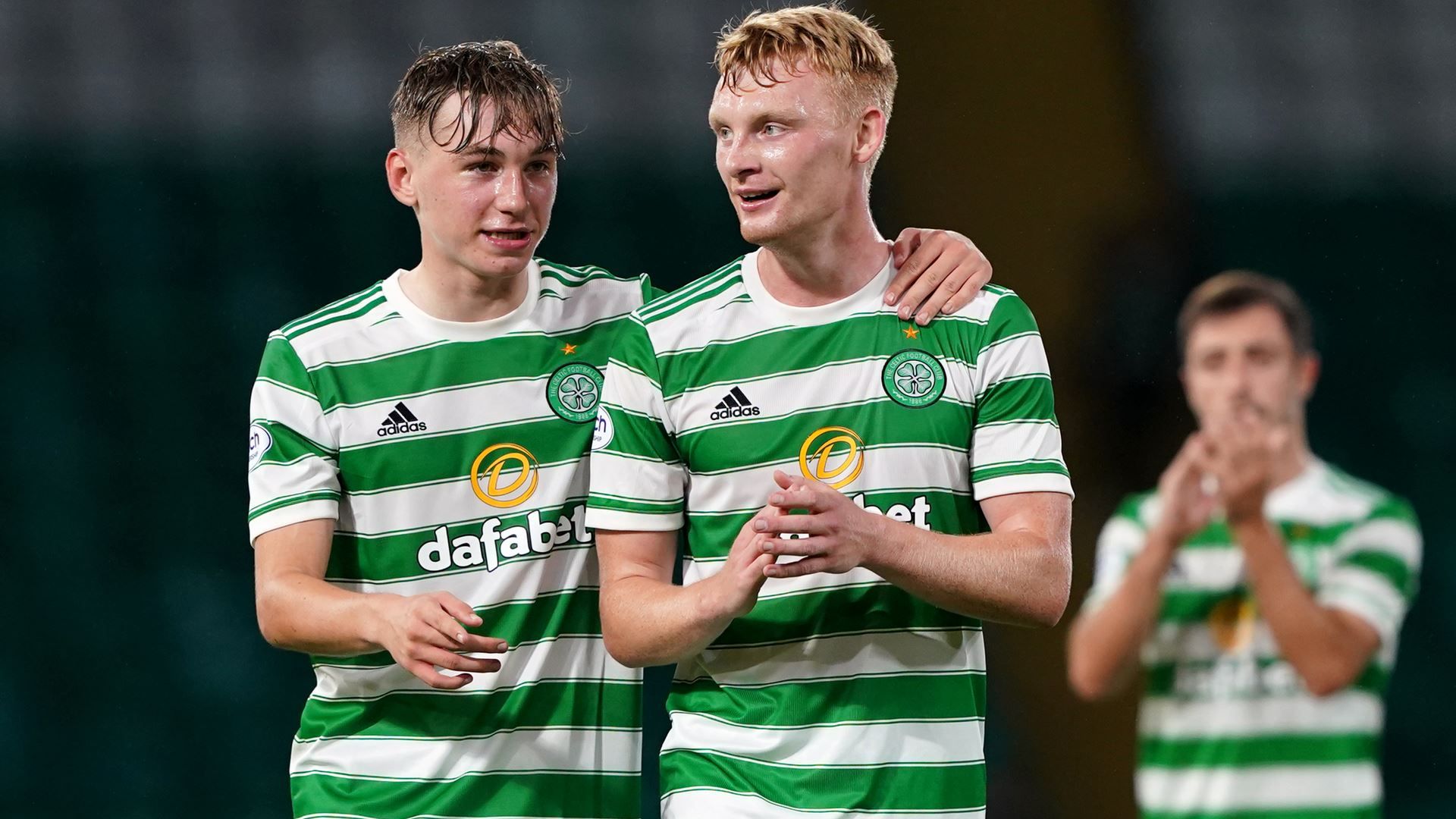 The Portuguese wide player finished well for the opener and produced the strike that allowed Liel Abada to net on the rebound.

David Turnbull notched his sixth goal of the season before Dario Zanatta was sent off just before the hour mark.

Celtic comfortably saw out the game against the cinch Championship side without ever threatening to move up the gears.

Postecoglou made three changes to his starting line-up following defeat at Livingston, all in the back four. Anthony Ralston, Carl Starfelt and Adam Montgomery came in to join Cameron Carter-Vickers.

James McCarthy retained his place after his inauspicious first start in West Lothian and spent a fair part of an uneventful first quarter apologising to team-mates over misplaced passes.

The Republic of Ireland midfielder redeemed himself with a brilliant reverse pass to set up Jota for the opener in the 26th minute. The on-loan Benfica winger got a run on Reghan Tumilty and found himself beyond the Raith back four before raising his shot above the diving Jamie MacDonald.

Joe Hart soon made his first save, from Aidan Connolly, after Celtic lost possession while playing it around deep in their own half.

Jota was heavily involved in the second goal five minutes before half-time. The wide player beat his man and fired a powerful strike that MacDonald could only parry into the path of Abada, who nodded home.

Celtic moved further ahead two minutes into the second half. Albian Ajeti tracked back to regain possession near the halfway line, allowing Turnbull to stride forward and stroke a curling effort into the net from 25 yards.

Tom Rogic shot straight at MacDonald from a decent chance before the odds stacked further against the visitors when Zanatta picked up two yellow cards inside five minutes. After being booked for a foul on Rogic, the winger was sent off in the 59th minute for pulling back Ralston.

Postecoglou soon handed Liam Scales a debut at left-back and the former Shamrock Rovers defender showed a willingness to get on the ball.

There would be no onslaught against the 10 men, with MacDonald making comfortable saves from Turnbull and substitute Ismaila Soro, while Raith had a couple of promising attacks which ended with blocked shots.

Celtic fans looking to get their first glimpse of recent signing Giorgos Giakoumakis were disappointed, with the striker remaining on the bench.

Celtic take on Dundee United at Parkhead in the Scottish Premiership, while Raith host Partick in the Scottish Championship, with both games kicking off on Sunday at 3pm.