Team news, stats and prediction ahead of Watford vs Newcastle in the Premier League on Saturday; kick-off 3pm.

Kiko Femenia could be fit for Watford’s home match with Newcastle in the Premier League on Saturday.

The Spaniard has endured a stop-start campaign due to a thigh injury sustained at the end of last season but featured in the win at Norwich last time out and, although he was forced off with a niggle, he has returned to training and is in contention.

Goalkeeper Daniel Bachmann is not expected to feature due to a knee injury and, while Joao Pedro has recovered from a similar issue, this game is set to come too soon for him.

Newcastle skipper Jamaal Lascelles and key midfielder Joe Willock are out of the trip to Vicarage Road.

Defender Lascelles damaged a thigh muscle in last Friday night’s 1-1 draw with Leeds, while summer signing Willock suffered a freak toe injury in training, and both men are likely to be sidelined until after the forthcoming international break.

Follow Watford vs Newcastle in our dedicated live match blog. Highlights will also be published on the Sky Sports digital platforms and the Sky Sports Football YouTube channel from 5.15pm. 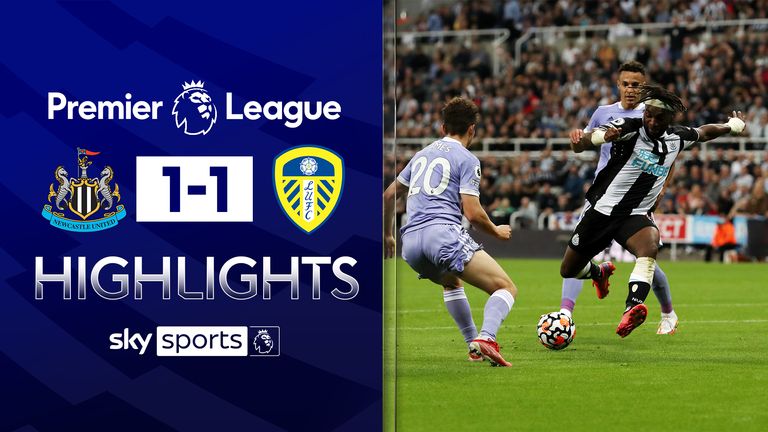 FREE TO WATCH: Highlights from the 1-1 draw between Newcastle and Leeds

FREE TO WATCH: Highlights from Watford’s win over Norwich

Whoever stops the opposition’s star man most efficiently wins this match. All Watford’s incisive play goes through Ismaila Sarr and he possesses the quality to be their leader – as seen by his brace at Norwich last weekend. And then there is of course Allan Saint-Maximin, who makes football such a joy to watch when given space and time to showcase his speed and talent. However, there is absolutely no chance that Watford will allow him to run amok in the way Leeds did last Friday.

Just listen to their boss, Xisco Munoz: “He is a top, top player and he is vitally important for how well Newcastle play. We have put together a plan but I can’t say too much.”

Watford’s ploy is an obvious one. They are likely to double team him and when he does wriggle free, expect a cynical foul to come his way. Saint-Maximin averages getting fouled 2.41 times per 90 minutes in the Premier League and no side has made more fouls than Watford this season (67) – that’s 11 more than any other side.

Australian referee Jarred Gillett, who will be the first overseas official to referee a Premier League match, could have a busy afternoon on his hands. My main play will be to bank on Craig Cathcart, who will be lining up directly against the central Saint-Maximin, to pick up a booking at 5/1 with Sky Bet.