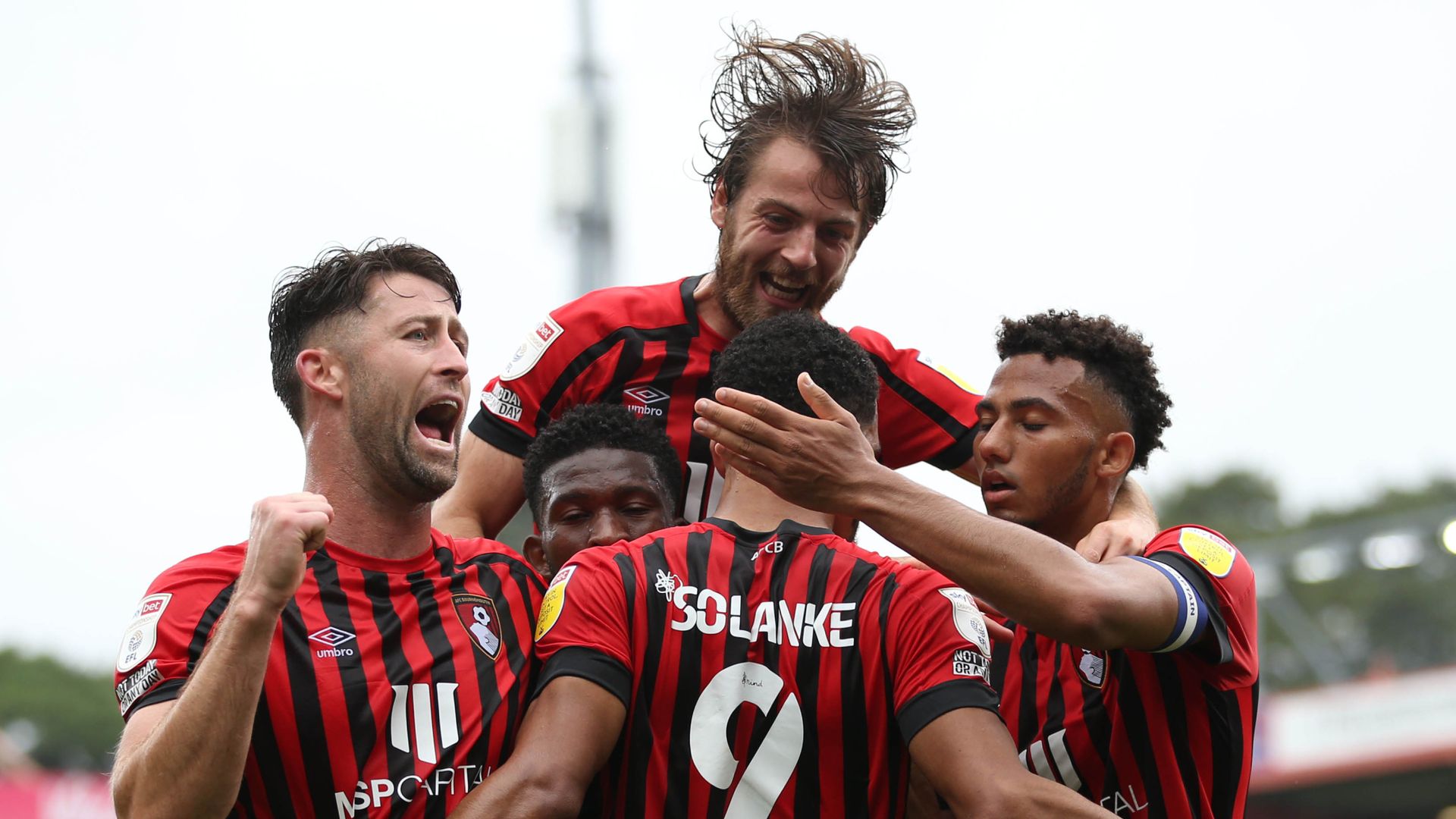 Bournemouth returned to the top of the Sky Bet Championship with a 2-1 victory over Luton.

West Brom’s victory over QPR on Friday night had knocked the Cherries off the top of the pile.

However, Philip Billing volleyed in the 17th-minute opener, his fifth goal of the season, before Dominic Solanke headed a second. Reece Burke pulled one back for the visitors in the 64th minute.

Ben Brereton Diaz scored a hat-trick as Blackburn stretched their unbeaten run to five matches with a 5-1 home defeat of Cardiff.

Sam Gallagher opened the scoring in the 24th minute on his return after two matches out with a thigh injury, then Brereton Diaz netted twice against a side who are still without a first-half goal this season.

Tyrhys Dolan made it 4-0 eight minutes into the second half and, although the Bluebirds pulled one back through Sean Morrison, Brereton Diaz had the final say with a 90th-minute penalty.

Bristol City’s dismal home form looked like continuing when Aleksandar Mitrovic’s header five minutes into the second half put promotion hopefuls Fulham ahead, but Chris Martin levelled 11 minutes from time as it finished 1-1 at Ashton Gate.

Mario Vrancic and Nick Powell got the goals as fellow high-flyers Stoke beat visiting Hull 2-0, while Derby’s troubles continued with a 1-0 defeat at Sheffield United.

The Rams – who plunged to the foot of the table on Wednesday when they went into administration, triggering an automatic 12-point deduction – were down to 10 men when goalkeeper Kelle Roos was dismissed 12 minutes into the second half for bringing down Billy Sharp just outside the penalty area.

Sharp added insult to injury at the end when he got the only goal from the penalty spot in the 90th minute.

Shayne Lavery’s 32nd-minute goal gave Blackpool a 1-0 home win over Barnsley which lifts them further clear of the bottom three, and it was a similar story for Swansea as Joel Piroe’s 17th-minute goal saw off Huddersfield in South Wales.

Max Lowe’s 52nd-minute goal earned Nottingham Forest a 1-1 draw at home to Millwall, who had led through Matt Smith’s 32nd-minute header, while Birmingham and Preston finished goalless at St Andrew’s.

In the lunchtime kick-off, Reading beat Middlesbrough 1-0 to record a third successive win.

Alen Halilovic made the decisive breakthrough in the 55th minute, before forward Matt Crooks was sent off four minutes from the end after clashing with home goalkeeper Luke Southwood.