The medical profession in Ceylon was, by the late 19th century, following patterns set down in most of the European colonies in Asia. The Civil Medical Department was set up in 1858, the Ceylon Medical College in 1870, and the Ceylon Medical Association in 1887. As with law, the practice of medicine soon came to be monopolised by the upper middle class, predominantly Burgher and Tamil.

In her extensive study of the history of the medical profession in Ceylon, Kamalika Pieris conjectures that this may have been due to the fact that unlike the Sinhala bourgeoisie, neither the Burgher nor the Tamil middle class had extensive holdings in land. In an autobiographical piece, on the other hand, Ralph Pieris observed that in colonial society, the quickest way for the middle class to guarantee their position was by ensuring their children took to professions where the duration between education and employment was brief; to give just one example, Lucian de Zilwa, divided between law and medicine, chose the latter because “I could begin to earn something the moment I received my sheepskin.”

The entrenchment of a medical elite did not contribute to a rise in health or sanitary standards in the country. The first hospitals had been built for military garrisons in Colombo, Galle, Jaffna, and Trincomalee, while the expansion of the plantation economy necessitated the establishment of hospitals to service the needs of estate labour. In both cases the aim would be to serve imperial interests. Against such a backdrop, expansions of medical institutions, quarantine centres, and isolation camps were driven by bouts of epidemics which became part and parcel of the region in the 19th century. The aim of this essay is to compare and contrast responses by officials to two such epidemics: smallpox and cholera.

Historically, the Sinhalese are said to have feared smallpox the most. Robert Knox wrote that none of the charms “successful to them in other distempers” could cure the illness, while Ribeiro described it as “the most dreaded disease among the natives.” 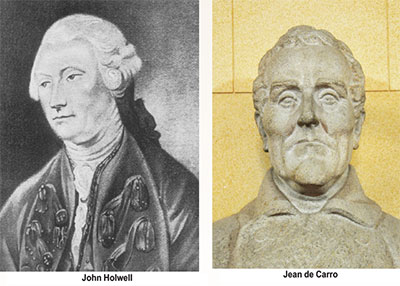 There’s reason to believe that while smallpox was introduced by European adventurers, it did exist in pre-colonial societies; Asiff Hussein writes of Hugh Neville describing “a gigantic Telambu tree amidst a sacred grove on the site of the Ruwanveli dagaba” which may have figured in an outbreak of a disease at the time of Arahat Mahinda. The first real account of the disease, according to Thein (1988), comes to us from a fourth century Chinese alchemist called Ko Hung; it may have existed in a mild form in fifth century India.

John Holwell was the first British official to write on the illness in the subcontinent, in 1767 in Bengal. From 1779 to 1796, there was a severe smallpox outbreak in that region, while in 1802 we read of a Swiss doctor, Jean de Carro, sending samples of a vaccine to Bombay via Baghdad. The date is significant, for it was in 1802 also that, as Ananda Meegama has noted, vaccination against smallpox commenced in Sri Lanka.

However, owing to inconsistencies in the vaccination programme, not least of which the slipshod way medical officials despatched vaccines to poorer, far flung regions, there were severe periodic outbreaks. In 1886, vaccination was made compulsory for the first time, but even then problems in the Medical Department, set up 28 years earlier, led to the disease spreading throughout the country. To prevent it would have meant enforcing an anti-venereal programme, which transpired 11 years later with the passing of the Quarantine and Prevention of Diseases Ordinance No 3 of 1897. By the 1930s, smallpox had ceased to become a serious threat; by 1993, it had been fully eradicated.

No less feared than smallpox was cholera, which like smallpox goes back many centuries in the country and the subcontinent. The Tamil goddess, Mariamman, is considered symbolic of both smallpox and cholera, while a reference in the Mahavamsa to a yakinni who in the reign of Sirisangabo caused those who came under her curse to have red eyes, and die the moment they came into contact with a patient, may indicate an outbreak in as early as third century Sri Lanka. I have noted this in my SAT MAG column last week.

Historical sources tell us of a reference in ninth century Tibet to a particularly violent illness (the first signs of which included “violent purging and vomiting”), although scholars doubt the authenticity of these texts. In any case, not for nothing did colonial officials call it the Asiatic cholera, given its ancient origins in the lower Bengal where, it must be said, we come across our earliest sources for the cult of a cholera goddess in the subcontinent. On the other hand, the destruction of the local economy, and unnatural changes in agriculture forced on farmers by British authorities, had an impact on these outbreaks: with irrigation schemes destroyed and neglected, water scarcities could only result in pestilence.

There were six cholera pandemics between 1817 and 1917. All of them were aggravated by disruptive economic and social changes unfolding in each of the periods they transpired in. All six originated from the Bengal, inevitable given the genesis of the disease in tropical, depressed climates, and they diffused beyond the region to as far as Russia, the US, and Latin America. Leaving behind heavy fatalities, each was deadlier than the last.

The first case in Sri Lanka was reported in 1818 in Jaffna. However, as Ananda Meegama has noted, the disease never became endemic in the island. It turned into a serious issue only after British colonisers, having appropriated Kandyan lands under the Crown Lands Encroachment Ordinance and Waste Lands Ordinance of 1840, imported labour from South India. The latter led to a widespread contagion: case numbers jumped from 16,869 between 1841 and 1850 to 35,811 in the following decade, with fatality rates rising from 61% to 68%.

Until the passing of the Quarantine Ordinance in 1897 — by which time five of the six cholera epidemics had passed through and devastated the country — officials took haphazard measures to control immigration of South Indian labour. Estate workers, on their way to the plantations, took the Great North Road to the hill country, which brought them into contact with locals in Jaffna and Mannar; this led to several epidemics between 1840 and 1880, after which the number of cases and fatalities began to reduce.

Still, officials remained oblivious to the need to quarantine estate workers until much later, a problem compounded by the fact that many such workers, even after restrictions had been imposed, came disguised as traders, an issue attributable as much to the immigrants as it was to “the partial manner” in which officials enforced the quarantine.

Two years after the passage of the Ordinance, colonial administrators shut down the Great North Road to estate labour. Those who arrived in the country were taken to Ragama. Yet despite such measures, other problems cropped up: as Kamalika Pieris has pointed out, there was widespread hostility to Western medicine, particularly in economically backward regions which doctors never attempted to reach. Contaminated water became a serious issue even in Colombo, as did unplanned urbanisation, while quarantines led those fearing for their lives to flee to other districts, spreading the disease even more.

De Silva and Gomez (1994) have argued that one of the contributing factors to the recession of these diseases were the advances made among the local population in sanitation. The first soap was imported to the island in 1850; until then, only vegetable oils had been widely used. The setting up of various Committees to probe into these outbreaks would have been another factor. Despite this, though, the fact remains that while it had the wherewithal to expand into less well off regions, the government chose for crude reasons of economy not to.

By the 1930s, at which point cholera had been significantly contained — in 1946, two years before independence, only two cases cropped up — the rise in a radical left movement among professionals, including doctors and lawyers, led to a more proactive approach being taken to pandemics and contagions. The apogee of this trend, no doubt, was the malaria epidemic of the 1930s, in which the work of volunteers was done, not by the English speaking medical elite, but by a group of young leftists, among them perhaps the first Western doctor to don the national dress, S. A. Wickramasinghe. But that’s another story.

The writer can be reached at udakdev1@gmail.com