Pep Guardiola has admitted Manchester City’s failure to land Harry Kane this summer has left them lacking the same goal threat as their rivals for the Premier League title.

City came up short in their bid to replace Sergio Aguero as Tottenham stood firm despite Kane’s desire to leave, while Saturday’s opponents Chelsea signed Romelu Lukaku to strengthen their title credentials and Manchester United brought back Cristiano Ronaldo.

City managed to win the league relatively comfortably last term despite Aguero missing the majority of the campaign through injury, but even though they broke the bank themselves to sign Jack Grealish for £100m, Guardiola knows a true No 9 would have added a different dimension.

“A striker is a striker – they live a little outside the bubble,” he said. “Along with the goalkeepers they are the most specialised players. 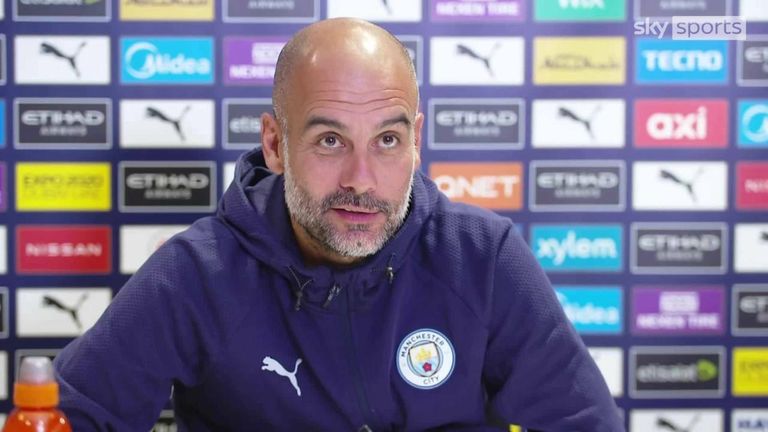 Pep Guardiola calls Manchester City’s run of away games against Chelsea, PSG and Liverpool a ‘privilege’ before stating his excitement for the Ryder Cup

“These are the most difficult players to get. We were privileged to have Sergio for so many years but unfortunately the last year he had bad injuries.

“We survived without him in a way, but when we played with him we had something extra. We have exceptional players but we don’t have this weapon that other teams like United or Chelsea or Tottenham have.

“We have to use what we can as a team. We do not have a player who can score 25 goals for himself so we have to do it as a team, and that is what we will try this season.”

Chelsea broke City hearts last season, with their 1-0 win over Guardiola’s side in the Champions League final one of three defeats they inflicted in the final two months of the campaign, having also ended their FA Cup defence at the semi-final stage.

Guardiola acknowledged the task of ending that run of results had only become harder since Chelsea splashed out £97.5m to bring Lukaku back to the club. 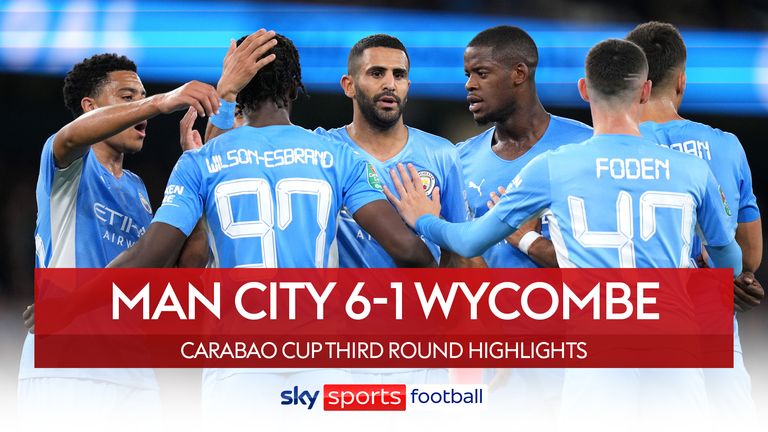 “I’m not going to deny what a player Romelu Lukaku is,” Guardiola said. “Chelsea are the champions of Europe, already a strong team, and with him they are even stronger of course.

“You see how he handles the long balls, he supports the attacking midfielders and the wing-backs and with the quality of players they have in the middle, he puts balls between the lines.

“Of course they are a stronger team than last season but this is the challenge.”

And Guardiola believes his squad is good enough to meet that challenge as long as they can avoid more costly injuries. 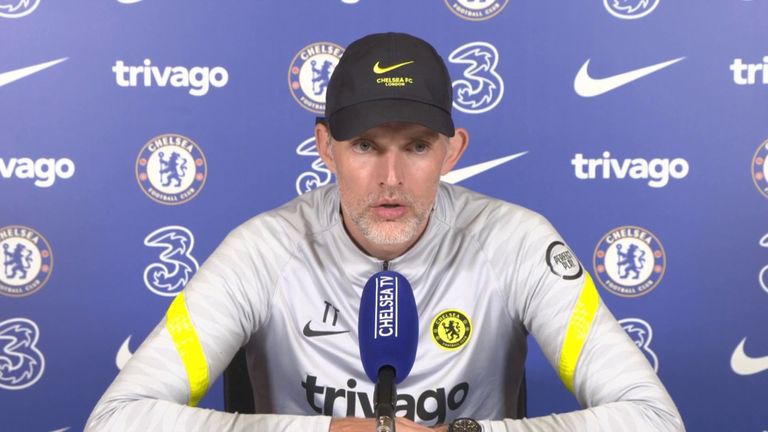 Phil Foden made his first start of the season in midweek against Wycombe while Kevin De Bruyne completed 90 minutes.

“I am not going to say we are disappointed with the squad that we have,” Guardiola said. “We are the champions, we were runners-up for the Champions League, we won the Carabao Cup and were in the semi-finals of the FA Cup.

“We just want people to come back fit and to have the squad as high as possible. When they are all fit I know what we can do because we have done it for many years.

“You will not hear me complain that we don’t have this player or that player because the players we have and what they have given to the club, wow.

“When an opponent is better and wins, all I’ve said all my career is congratulations to them and then we try to improve. Always it is a new challenge.”

September feels too early to be talking about crucial periods in the Premier League – but it certainly seems like Manchester City have one coming up.

Over nine days from Saturday, they play Chelsea and Liverpool away, with a trip to Paris to face Lionel Messi, Kylian Mbappe, Neymar and co in between.

While there is some wriggle room in their Champions League group after an opening win over RB Leipzig, the pressure is on domestically, with City facing the prospect of being as many as nine points off the top of the Premier League summit should they lose to both Chelsea and Liverpool.

Those unbeaten title rivals have already shown they have the quality, form and momentum to cause City real problems in those fixtures and last week’s lacklustre draw to Southampton at the Etihad has ramped up the importance of that Premier League head to head.