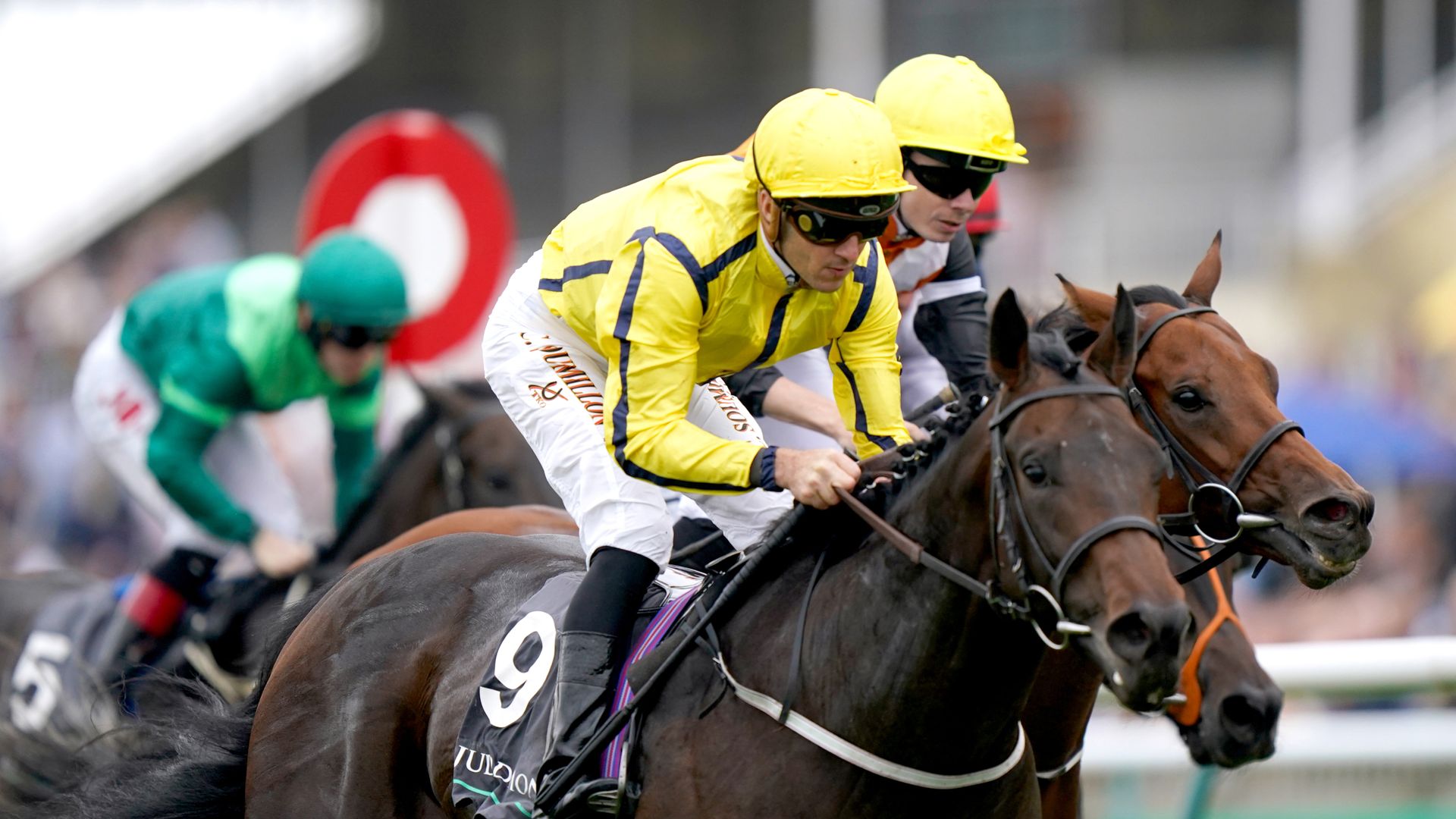 Christophe Soumillon produced Perfect Power with a flawlessly-timed run to get the best of a blanket finish in the Juddmonte Middle Park Stakes at Newmarket.

Richard Fahey’s charge already had a Group One victory on his record as he landed the Prix Morny last time out, and he was sent off the 11-4 favourite to follow up in this six-furlong affair.

Soumillon was towards the rear through the early stages as Go Bears Go and Twilight Jet went toe to toe up front, setting a sound gallop, although the challengers were lining up in behind as the field approached the two-furlong marker.

Twilight Jet did his best to fend them off, but Armor, Asymmetric and Caturra all put the pressure on before Perfect Power came with a precision burst down the middle of the track.

He surpassed them all to steal a half-length verdict, with Castle Star also finishing with purpose from the rear to take second.

Perfect Power halved the winner in price to 8-1 for the 2000 Guineas, while Coral go 10-1 about his chance in the Commonwealth Cup at Royal Ascot.

A relieved Fahey said: “I’ve been watching racing all week and when we got stall one I thought ‘someone down there doesn’t like me!’.

“I was very negative in my own mind, but he is a special horse. The way he quickened up today – it took a special ride and a special special horse to win like that today.

“We knew were struggling from the draw and Christophe said ‘I’ll drop him right out today’. I said ‘you do what you like, kid!’.

“He’s a ball of a horse who has had a busy enough time. When you go to Royal Ascot, then you go to Glorious Goodwood and then Deauville and then here, it’s tough – but he loves it.

“With two furlongs to run I thought we were in a bit of trouble, but when he pulled him out he picked up very well.”

He added of the future: “We had a board meeting about two months ago and we said we’d go Richmond, Deauville and then here. We haven’t got any further than that.

“For a two-year-old, he’s very special. He’s very easy and has a super mind. When he’s not exercising he eats and then goes to sleep.

“He could step up (in trip) on pedigree. His sire (Ardad) was a fast two-year-old and we don’t know much about his progeny, but on the dam’s side we’ve every chance of staying.”