The last time Anthony Joshua lost he was thousands of miles from home, a stranger in a strange land caught by a stray punch that he knew – he absolutely knew – would not land again.

He was able to vanish for a few days in New York afterwards, long after the cameras and the screaming fans had gone home, to reflect on his worst night and what went wrong. This time it feels so different.

This time, it is fundamentally different.

The Tottenham Hotspur Stadium’s long shadow casts over the council estate he is from, the first gym he ever went to, the nightclubs where he would go as an unruly teenager.

The scene for the comprehensive conclusion to his second reign as world heavyweight champion is his own back yard, inflicted by a vicious visitor whose menacing smile will haunt Joshua’s dreams for a long time yet.

Oleksandr Usyk’s utterly brilliant display of poise and precision on Saturday night to rock Joshua’s grand plans is nothing like Andy Ruiz Jr’s upset win in 2019.

Joshua: I’ll fight Fury even without the belts

Usyk is an altogether different breed, and we are still in the process of learning what a genius this maverick with the handlebar moustache really is.

There will be no tearful blaming of “partying”, as Ruiz Jr did, if Usyk’s reign proves to be short. That much is absolutely certain. Which makes Joshua’s task of reclaiming his belts, and his path to boxing’s promised land, altogether more difficult. 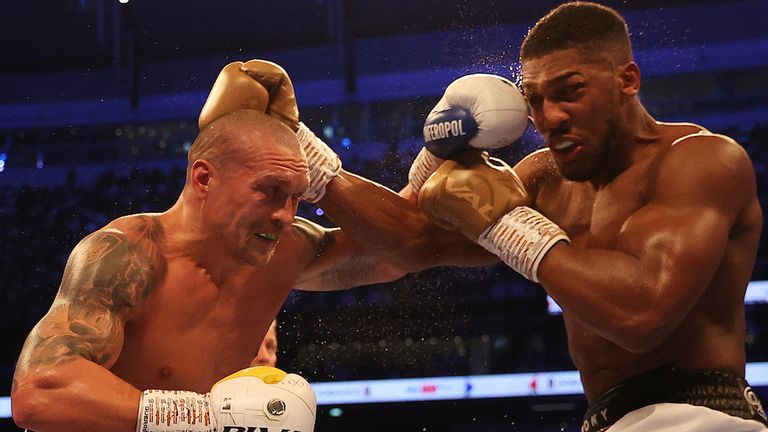 In front of him now Joshua has a man who comprehensively defeated him and who even claimed that his trainer advised him not to knock the champion out.

Joshua found himself on the wrong end of the tactical, and alarmingly even a physical, battle. There was always the danger that Usyk was smart, but a more spiteful puncher too?

Perhaps the best way to describe what stands in front of Joshua was during his ring-walk. Amid the pyrotechnics and the sing-a-long, the steadfast Usyk stood in the ring and did not take his eyes off the superstar champion at all. Usyk knew exactly the job he intended to do and he executed it mercilessly. 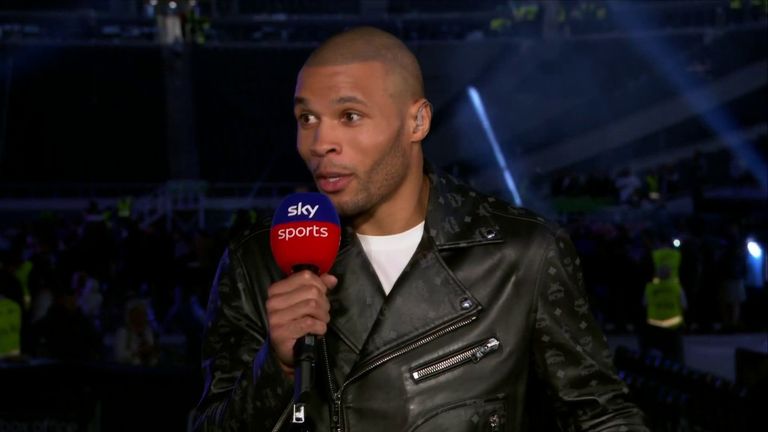 It was the conclusion of a 10-year mission since Usyk sat ringside and watched Joshua beaten in an amateur fight, but still predicted the Brit would win the Olympics. They both won gold in 2012 side by side.

Now facing the second major rebuild of his career, the mountain top is taller than it was before. Joshua needs his burning desire more than ever, then the answers, of how to climb back to the summit.

His response to defeat was immaculate and classy – it would have been easier to find an excuse to shirk a post-fight press conference, but instead he spoke and offered no excuses for the result. Not for the first time, his was a shining example in how to react to adversity.

That attitude is what fuelled a six-month turnaround to avenge his first defeat to Ruiz Jr. His coaching set-up and his in-ring style were tweaked successfully in a short space of time because he instinctively knew where improvements were needed.

But this time? It feels like the inquest must run much deeper.

The short-term impact is that the dream all-British undisputed title fight against Tyson Fury will never be quite the same. Like Floyd Mayweather vs Manny Pacquiao, the previous generation’s most in-demand fight, it can still happen but without the added glory of each man having unknown flaws. Joshua’s shortcomings are now on the table.

But that is what has always made him such a compelling fighter. Joshua is relatable and human and even more so during the tough times.

He will get a rematch – it should be reiterated that lesser champions might have found a way to swerve an obviously-dangerous mandatory challenger like Usyk, knowing that the Fury fight was on the horizon. Joshua embraced the danger and staged a mega-event which the 60,000 onlookers will never forget. His legacy in this respect is secure.

The cruel reality is that, for all the debate about the heavyweight division’s true No 1, perhaps the answer was lurking in a different division for all this time.

Anthony Joshua picked a famous Rocky music track that got the crowd very excited prior to his fight against Oleksandr Usyk last night 🏟 pic.twitter.com/dAQyoIeUTr

Ukraine’s Usyk was undisputed at cruiserweight and is now only the third boxer to also win a heavyweight belt.

His haul of the IBF, WBA and WBO titles puts him alongside his great countrymen, Wladimir and Vitali Klitschko, who ruled the division for so long.

Usyk’s performance on Saturday was out of this world – perhaps literally. He takes great inspiration from outer space and the fingerprints of his unusual hobby were all over this fight.

Oleksandr Usyk wore an astronaut-style helmet for his ring walk as he defeated Anthony Joshua on Saturday night 💥 pic.twitter.com/Yhiv9t3Egp

He cites Elon Musk, the billionaire who went to space, for “expanding the boundaries of my own capabilities”.

He wore aliens on his odd socks during a public work-out, and he looked sensational dressed as a spaceman for his ring-walk.

Usyk believes there are unexplained final frontiers in this universe and his display inside the ring was otherworldly. He out-thought Joshua, which was always a possibility, but also out-struck him and caused his eye to swell shut, which few believed he could do.

Usyk: I was told not to KO Joshua

He is an utterly unique problem for everybody and, so far, there are precious few clues about how to solve the puzzle that is Usyk.

Joshua has lost before but never like this. Now a 31-year-old success story already at the peak of his powers and in his physical prime, can Joshua launch the most challenging comeback of his career?