Just across the road from the famous Aintree racecourse on the outskirts of Liverpool is the Berry Street Garage Stadium, home to Bootle FC of the Northern Premier League.

On this particular Friday afternoon, there is barely a square inch of turf not being occupied. The pitch has been divided into several smaller five-a-side pitches to accommodate the 58 teams taking part in the UK’s largest inclusion football event of the year.

“There were a lot of young people in the North-West area who weren’t getting the opportunity to play football,” Doran explains.

“Football has become so successful now and so high profile that everyone wants to win. I’ve seen an U9s team advertising for a centre-half who ‘must have experience’. And there’s a lot of kids who love their football as much as the more able kids who want to be part of a team, they want to have that identity because we are all tribal, aren’t we? We want to belong to something, so we decided to start this off.”

Bootle Inclusion now has over 200 active members aged between four and 41, and has been recognised at the North West Football Awards for its inclusion work. As well as many clubs from the North West, this tournament was attended by teams from Northern Ireland, Wales, Hampshire and Yorkshire.

“I had cancer when I was 11 years old and had to get my lower leg amputated below the knee. In a way, I was lucky with where it was, as it could just be taken away. Other people aren’t as lucky where they have cancer,” said Glentoran Inclusion assistant manager Ross Ruberry.

“I went to a mainstream school and did PE every week. My PE teacher said to me he was going to get me a disability football team. That was in 2007, three years after my operation. I started playing disability football after that. If you had asked me in 2004 if I’d be doing something like this, then I’d have said no, but I’m delighted to be doing it.”

Glentoran Inclusion manager Mark Smith says he is keen to foster closer links with those in the English game.

“For us in Northern Ireland, I’d like to see inclusion football expand a lot more. With the Irish Football Association, they have their own disability league that’s started. They are intending to start a junior disability league in Belfast, which would be fantastic if they could expand,” he explains.

“But for Glentoran, I would like to see us come into the English system a bit more, create more links, because it’s so much more developed here and it’s much more fun for the kids and the adults too. We all flew over to this tournament and Bootle Bucks picked us up and brought us here.”

Carragher: Something Bootle can be proud of

Former Liverpool favourite Jamie Carragher grew up in Bootle and has had a long association with its football club.

“There are already ideas, as there normally is when things go well, to make this bigger and better,” he says.

“The plans are now, rather than having a one-day festival, to make it the full weekend, have a three-day course which would be brilliant. If this can help other people and give enthusiasm to the other teams who are coming from around the country to put something like this on in their own area, then I think it will be something to be really proud of for Bootle Football Club.”

Helping youngsters with disabilities was the motivation for Margam Stags manager John Heycock in South Wales. A former army man, who had returned from a posting in New Zealand, he looked around his locality in Port Talbot, Swansea and Neath and realised that disadvantaged children were being ignored.

“I wanted to do it differently, where siblings could also get involved so they could do it as a family,” Heycock says.

“We started the Stags in 2019 and this year we are up to over 50 players. We had some help along the way with the support of Swansea City FC, Catherine Thomas there has got behind us, and it’s made a difference to so many people’s lives, especially the parents.

“Some of these children have never been part of a team. They’ve never played in a tournament like this, and they are just loving every minute of it. The main aim now is to get a good training facility that is indoor with a soft pitch so these children can play all year around, rather than just when it’s sunny. We want to create a place for the parents to just sit, relax and support each other.” 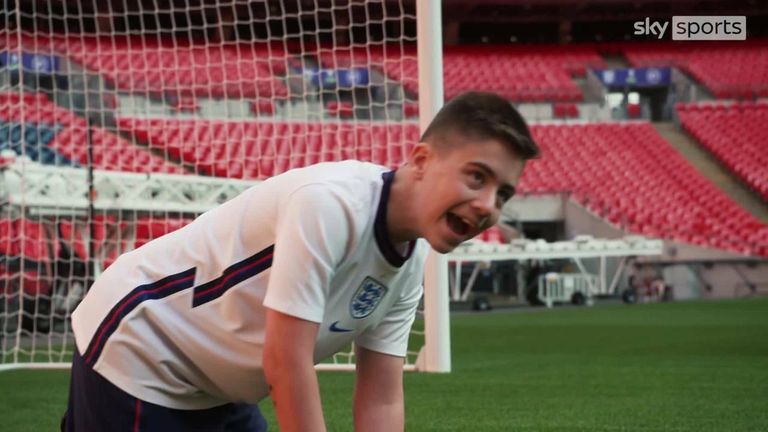 Rhys Porter, a 13-year-old Fulham fan who has cerebral palsy and epilepsy, overcame cyberbullying on TikTok to raise awareness and funds for disability football and was rewarded with his ‘dream’ trip to Wembley

Italian Luca Lanzani brought some continental flair to the tournament, with his Inter St Annes team, named in honour of his allegiances back home.

He said: “We have started playing all around the country, and every year in May, I organise a big tournament in Lytham St Annes with 30 teams coming from all around the UK, and we even get a team over from Italy. But we need more money, more sponsorship. Today, we had to come in three or four cars because a coach is too expensive for us.”

David Parsons from Hamble Club Pan Disability summed up the ethos behind the event.

“This is football for all,” he says. “Anything from autism, ADHD to cerebral palsy, Down’s syndrome, any disability. Or any mental health issues – we just want anybody to play football.”

“We’ve been invited to Spain, to Sweden and the Czech Republic. There’s a massive club in Prague called Prague Raptors who have invited us over. It’s all about community, don’t worry about barriers and labels, just get people enjoying themselves.

“The support is so crucial. Imagine being the mother of a newly diagnosed child with autism, three or four years old, you’d think the sky had fallen in. You need some help, you need the mum of an 18-year old to give you the clues, give you the experience of what to do and how the child may develop, and they get a lot of comfort from that. I’d ask anyone to come along to a day like this, and there are centres all over the country – just go and get involved.”

Bootle Bucks Inclusion train on the club’s first-team pitch every Saturday morning before the first team play. They have successfully integrated the inclusion and senior teams as part of the same club, and their aim is that others follow suit all across the country.