Improving higher education in Sri Lanka is not only important, but essential and long overdue. However, seeking to achieve higher ‘quality’ by ‘form-ising’ the performance of teachers (or the practice of forcing the entire teaching-learning exercise into forms designed to communicate exactly what and what transpires in a classroom) may not be able to bring about the desired change. A new set of four forms introduced recently to this end requires, among other things, drawing up a minutely detailed plan of each and every lesson to be delivered in class, aligned with the Course Learning Outcomes (CLOs), in turn, to be aligned with the Programme Learning Outcomes (PLOs), which should all then be tied to the graduate profile, or the kind of graduate we seek to ‘produce’ at the end of it all. This may, on the surface of it, sound reasonable enough and not encourage serious debate or resistance because, after all, it is only some forms that need to be filled. 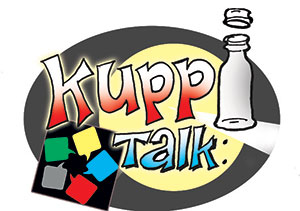 Form by tedious form, however, the teaching-learning process at state universities is becoming increasingly constricted, fragmented, monitored, controlled. In this piece, I wish to briefly ponder on the implications of these requirements and the larger trends they signal, while also attempting to reflect on what instead we may do to ensure ‘quality’ in the delivery of higher education.

The larger ‘Quality Assurance’ (QA) landscape in which these developments take place was discussed in detail in an earlier Kuppi Talk by Kaushalya Perera. In a nutshell, QA seeks to standardise education such that study programmes can be assessed against each other, assigned numbers, and ranked accordingly. The deployment of overarching yardsticks for programmes with hugely varying mandates, methods, and content has been the subject of much critique lately the world over, not the least due to its rather warped understanding of ‘quality’ as something that can be objectively established through metrics and audits.

While I do not question the bona fide motives behind the initiative taken with the aforementioned forms, I do think serious reflection on where these developments push us in the longer term is needed. My primary reservation here has to do with the impact of this lesson-wise breakdown on the creative and democratic exercise that the teaching-learning process is supposed to entail. When each topic is broken down into such fine detail prior to the actual occurrence of the ‘lesson’ (for want of a better word), outcomes are foreclosed rather than collectively and organically evolving in the course of the ‘lesson’, which is particularly important to many of the subjects offered in the Arts Faculties. Exactly how many of us are actually quite so democratic in our classrooms is a valid question in this regard, and one I will return to. The point for me here, however, is that for those who do have a sincere commitment to such a democratic classroom environment, such forms and the limiting of the teaching-learning experience they constitute, may be tantamount to strangulation.

Even if the majority of us admit to being very controlling in our classrooms anyway, does that justify going one step further with these forms and institutionalising such control? Should not our commitment be to the emancipatory ideal, rather than simply what most are on board with? There should be meaningful space for creative, organic, and democratic teaching-learning processes to unfold for teachers who wish to make that choice, and for students to explore and think beyond the teacher’s frame of thinking. Micromanaging beyond the general content of a course (laid down in enough detail in the course syllabus) is inimical to even a possibility of democracy existing in the classroom and within the larger university space.

This complete subservience of the teaching-learning process to red tape signals a larger and troubling trend of corporatisation. Corporatisation may be defined as the restructuring of a publicly owned institution to be managed as a business place would be, with a view to privatising in the long term. In state universities, this shift is couched in the supposedly ‘progressive’ language of student-centered approaches and interactive classrooms, hijacked from the democratic pedagogy of the likes of Paulo Freire, but bereft of any of the emancipatory politics within which these methods assume meaning. Despite the use of these catch-phrases, however, such minutely detailed forms signal a return to an extremely teacher-centered model due to the absence of the possibility for students to meaningfully influence the outcome of a lesson, as it is predetermined for them.

The result, as the Kannangara report worried with remarkable foresight some 80 years ago, is students “with much knowledge and little understanding. They have not read books; they have “studied” texts. They cannot write, they produce essays after a set style. They can answer questions but not question answers … Their imagination has been stunted, their originality suppressed, their capacity for thought undeveloped, their emotions inhibited.”

What alternative can we propose?

A valid question countering what little resistance there is to form-ation asks how we can ensure the education we currently deliver is of an acceptable standard, and that everybody observes such. There seems to prevail tacit and widespread agreement that the ‘democratic nonsense’ within universities is what has allowed many to hide behind debates, deliberations, appeals to creative freedom, and so on, without actually doing their work.

In my view, this is an arbitrary causation to draw. Blaming internal democracy for negligence of duties fails to take into account the highly anti-democratic practices at universities that may better explain such behaviour.

Specifically, I think it is the rigidly entrenched hierarchy within universities that blocks the possibility of even dialogue, let alone debate, particularly when it comes to holding those higher-up in the ladder accountable for their actions (or the lack thereof, as the case may be). Hierarchy is why, among many other things, students cannot question the content or the methods chosen by their teachers. As previous Kuppi Talks have endeavoured to show, hierarchy is silently, and therefore very effectively, observed at every level, ensuring the trumping of students by teachers, juniors by seniors, women by men, minorities by the majority, and originality by tradition. It impedes questioning, stifles dissent, and smothers alternative thinking altogether. The problem, therefore, is not that we have too much democracy in universities, but too little of it.

We must make a sincere and sustained effort to radically democratise the university space by relaxing the classroom to allow open and honest exchange between students and teachers; changing the relations of power between seniors and juniors, starting with undoing the practice of deferential treatment; refusing to tolerate snide and not-so-subtle references to ways of dressing and similar gendered remarks; questioning the exclusive use of the majority language in official communications, as a starting point. In doing so, we would be subverting the crippling hierarchy that inhibits thought and practice within the university. Such a radical change geared towards improved quality through mutual accountability, for me, is the only acceptable way of introducing accountability to a space that, admittedly, sorely lacks it.

(Hasini Lecamwasam is attached to the Department of Political Science, University of Peradeniya)