Japan’s national obsession with the Prix de l’Arc de Triomphe can be explained with a quick peek at the history books, which tells a story of agonising near-misses.

Orferve (2012 and 2013) and Nakayama Festa (2010) have both filled the runner-up spot, while 2006 pre-race favourite Deep Impact came home third before being later disqualified.

The race is on to break that duck, stretching back to almost 30 runners in four decades, with the task this year handed to two hopefuls, Chrono Genesis and Deep Bond. 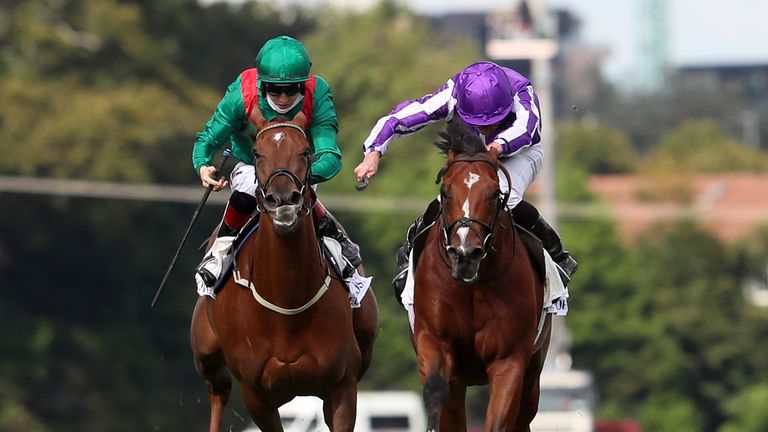 Journalist Naohiro Goda told Sky Sports Racing: “To win the Arc is now the dream for all owners, trainers and breeders.

“Japanese horsemen have been trying to win the Arc for nearly 40 years now and have finished second many times but never won it.

“The Arc is a very hard race to win but both Chrono Genesis and Deep Bond are a different type of Japanese horse from those who have tried to run in the Arc before.

“Both of them can handle a soft-ish track and are in top condition.

“I hope we have a very good chance on Sunday and that they will run a very big race for Japan.”

A four-time Grade One winner at home, Chrono Genesis further outlined her credentials when narrowly beaten by subsequent Juddmonte International winner Mishriff in the Dubai Sheema Classic in March.

Deep Bond is likely to start Sunday’s showpiece as a live outsider, despite an impressive victory in the Prix Foy at ParisLongchamp earlier this month.

“Chrono Genesis is the best middle distance runner in Japan at the moment,” Goda said. “Unfortunately she was narrowly beaten by Mishriff but she couldn’t get a clear run on the home stretch. I think she was an unlucky loser.

“I believe Chrono Genesis is as good as Orfevre and Nakayama Festa. She’s a very good mare.

“Chrono Genesis can handle any kind of track so I don’t worry about the conditions at ParisLongchamp.

“Deep Bond is a one-paced horse with lots of stamina and can handle the heavy track.”

Chrono Genesis, a general 10/1 shot for the race, will be the mount of Britain’s leading jockey Oisin Murphy.

“Oisin Murphy has come to ride in Japan a couple of times and did a very good job,” Goda said. “Many trainers and owners love to use him.

“I think it’s a very good decision to pick up Oisin for Chrono Genesis. He’s the leading jockey in the UK, knows the track at ParisLongchamp and I think he will do a very good job on Sunday.”

Nicholas Godfrey delves further into the Japanese obsession with the Arc…

While Chrono Genesis and Deep Bond are the two Arc contenders actually trained in Japan, the nation has big interest elsewhere in the race – including yet again via riding legend Yutaka Take, who will partner Broome for Aidan O’Brien and owner Masaaki Matsushima, who has made no secret of his dreams of winning the Arc with Take in the saddle.

Then there is Classic heroine Snowfall, trained in Ireland but a Japanese-bred daughter of the late, lamented Deep Impact, considered the greatest horse in the history of Japanese racing. 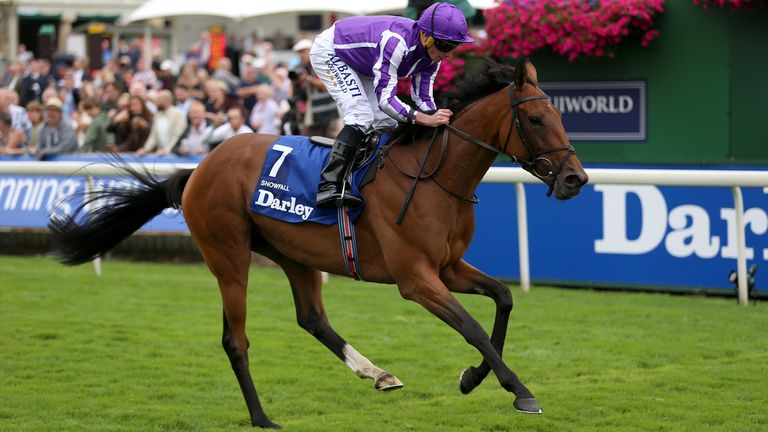 Leading Japanese photo-journalist Masakazu Takahashi will claim a Japanese victory of sorts if the Ballydoyle filly prevails. “I am expecting success for Snowfall,” he says.

“She is Deep Impact’s daughter out of a Galileo mare, and to me that is a miracle pedigree! Ryan Moore was once asked what was missing from Japanese racing to prevent us winning the Arc, and he said ‘Galileo!’

“The fact that Snowfall is Deep Impact’s daughter is so important to Japanese fans, who were so disappointed in 2006 when the legend was only third.”

Make no mistake: the Arc remains a massive deal to Japan, even if heads are being turned by overseas opportunities in other jurisdictions – there are likely to be four of five Japanese runners at this year’s Breeders’ Cup, for example.

“The Arc is very much the holy grail for the Japanese – that started with the parents of the current leaders of Japanese racing like Zenya Yoshida,” explains Japanese-based Kate Hunter, president of leading marketing and consultancy firm Marugai Racing.

“Staying races have always been ranked highly in Japan and the Arc is seen as the best staying race in the world,” adds ‘Keiba Kate’, bilingual rep for Breeders’ Cup and others and well known on the international scene for her efforts on behalf of Japanese horsemen.

“Because it is the best, they also only want to send their best. That is why Chrono Genesis is going to the Arc and not the Breeders Cup. She’d clean up at the Breeders’ Cup but the Arc is the bigger prize.”