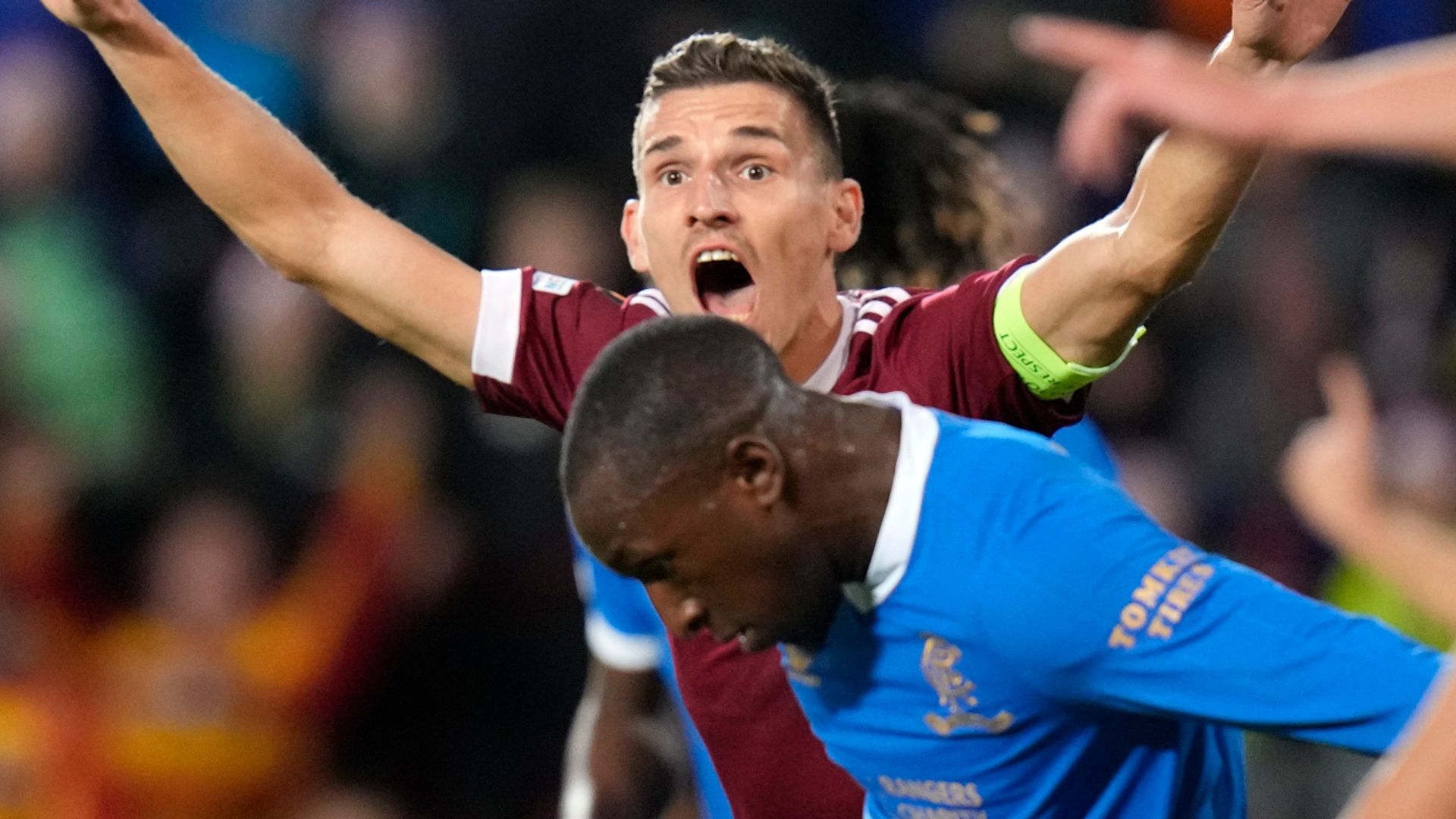 Rangers’ Europa League hopes suffered a blow as they lost 1-0 at Sparta Prague, with the visitors’ chances not helped by Glen Kamara’s second-half sending-off.

David Hancko’s 29th-minute looping header ultimately proved the difference between the two teams in a tightly fought contest at the Generali Arena.

However, just as Steven Gerrard’s side were threatening to draw level in the Czech capital, Kamara – who had been booed whenever he touched the ball – picked up a second yellow card after an innocuous challenge with 16 minutes to go, leaving Rangers with a mountain to climb.

As a result, Rangers stay bottom of Group A after a second straight loss, making their upcoming back-to-back matches with Brondby must-win fixtures.

Rangers take on Hibernian at Ibrox in the Scottish Premiership on Sunday, kick-off at 3pm.