“This has got to be the most anticipated game in NFL history!”

It’s the Tampa Bay Buccaneers versus the New England Patriots; Tom Brady vs Bill Belichick – “the all-time most winningest Super Bowl-champion quarterback,” as NBC’s Football Night in America host Mike Tirico would elaborate, “versus the greatest head coach of all time in Belichick.”

Brady’s return to Foxborough on Sunday night, the place he called home for 20 years and where he won six of his record seven rings, has been dubbed Super Bowl 55 and a ½ – it’s just that important!

This isn’t seen as your typical Week Four regular season matchup. It’s a homecoming, it’s a revenge game and it will be a record-breaker (likely for multiple reasons).

The first record on the radar; Brady is set to become the NFL’s all-time passing leader, needing just 68 yards to break Drew Brees’ mark of 80,358, who, to add a bit of extra star power to proceedings – as if this game needed it – will be in attendance on the night with NBC.

It’s somewhat poetic that the schedule-maker stars have aligned to allow Brady to break the record in front of his adoring New England faithful. But it is also, arguably, a little cruel too on the home support, serving as a reminder of what they’ve lost.

Brady’s stock, despite his advancing years, has only risen since his somewhat acrimonious exit from the Patriots. He led the Bucs to Super Bowl success in his first season with the team as they defeated the defending champs, the Kansas City Chiefs, 31-9 in the showpiece game back in February.

Tampa’s team, admittedly, is loaded with talent, but Brady is far from riding on the coattails of others. He is arguably playing the best football of his storied career, aged 44, and has even hinted that he could carry on to 50!

Brady leads the NFL with 10 passing touchdowns this season, bringing his total in 23 games with the Buccaneers (including playoffs) to 60. That’s already five more than he had in his last two seasons with the Patriots (55 over 36 games), while New England are tied with the New York Giants for the fewest pass TDs (14) since Brady’s arrival in Tampa to start the 2020 season.

The team he left behind has been suffering from an identity crisis ever since, with the Patriots slipping last year to their first losing season (finishing 7-9) since Brady’s arrival as a fresh-faced sixth-round draft pick back in 2000.

It’s why the masses are so curious to see how Brady is in fact welcomed home. Will he get the reception that his two-decade long CV with the team so deserves, or will there be bitterness in the air over the way he left? 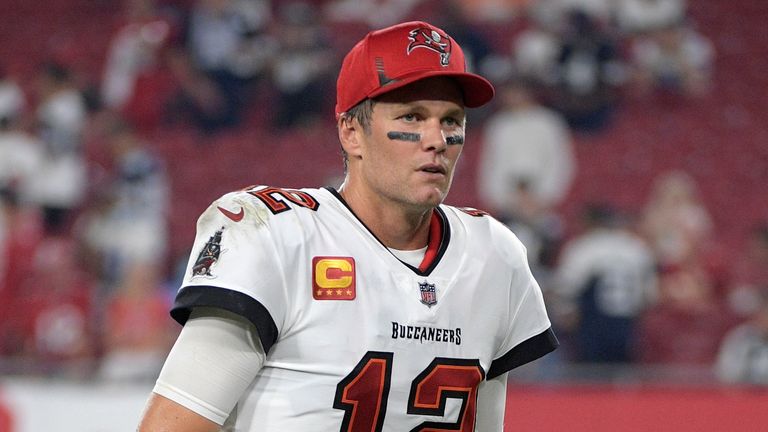 Brian Baldinger looks ahead to Tom Brady’s return to New England on Sunday and predicts he will still get a warm reception.

Brian Baldinger looks ahead to Tom Brady’s return to New England on Sunday and predicts he will still get a warm reception.

“Brady was the sixth quarterback taken in the 2000 NFL Draft,” Good Morning Football‘s Peter Schrager said this week. “He remembers all of those players; it still affects him today, still drives him.

“He has re-written history so many times. And it was such a weird ending for Brady in Foxborough – his last pass as a Patriot was a pick six to Logan Ryan [in a Wild Card playoff loss to the Tennessee Titans]. I think it still sits with him.

“For me, Brady wants to get the last word, the last laugh here, and he wants the last pass that he can look back on and say, ‘that’s how I ended things in Foxborough’.”

Brady himself has said “I wouldn’t expect a homecoming” from the crowd on his return to Gillette Stadium, but the fans are likely to warmly receive their former hero, certainly pre-game. But what of his former head coach? Will there be a handshake, a hug, some warm words exchanged or none of the above? Brady has repeatedly insisted he only has fondness for Belichick and his years in New England – “tremendous memories and some of the greatest experiences of my life took place in those 20 years,” he said this week – but that hasn’t exactly been the party line toed by those closest to him.

Personal trainer and close friend Alex Guerrero spoke of the QB-coach dynamic, saying: “It was like Bill’s emotions or feelings never evolved with age.

“As Tom got into his late 30s or early 40s, I think Bill was still trying to treat him like that 20-year-old kid that he drafted. That was such a Bill thing.”

Even Brady’s father weighed in on his son’s exit from Foxborough. When appearing on NBC Sports’ Quick Slants last week, and asked whether his son felt vindicated after leaving New England and winning another Super Bowl with the Buccaneers, Tom Brady Sr said: “Damn right.

“Belichick wanted him out the door and last year he threw [50] touchdowns – I think that’s a pretty good year. 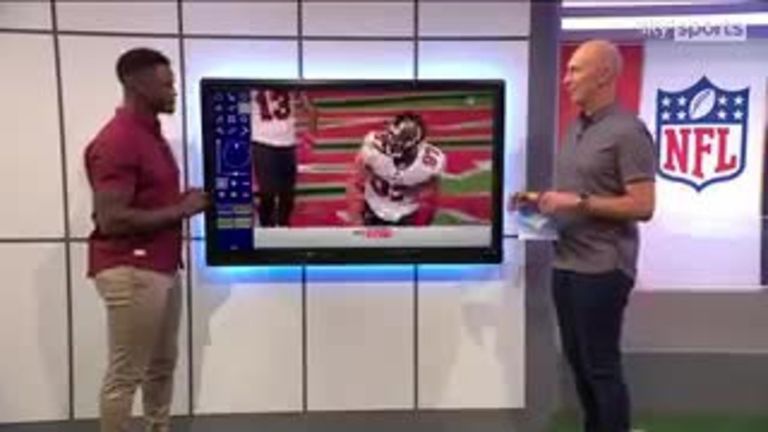 Inside The Huddle’s Will Blackmon breaks down Tom Brady and Rob Gronkowski’s two touchdowns in Week One which took the them to 100 as a pair.

Inside The Huddle’s Will Blackmon breaks down Tom Brady and Rob Gronkowski’s two touchdowns in Week One which took the them to 100 as a pair.

“My feeling is that Tommy is extraordinarily appreciative of everything that happened during his New England career, and he’s more than happy that he’s moved on, because it was pretty obvious that the Patriot regime felt it was time for him to move on.”

That’s the commonly held belief, that Belichick had been succession planning for a while at the quarterback position and wasn’t willing to commit to Brady long-term, hastening his exit.

It all means that Brady will be extra keen to win this one, despite the front he might put on with the press that it’s ‘just another game’.

He has insisted this week: “I’m not going to reminisce. I don’t think this is the moment for that.

“I’ll have plenty opportunities to reminisce about my football career – none of which I really care to do right now because I’m so much in the moment. 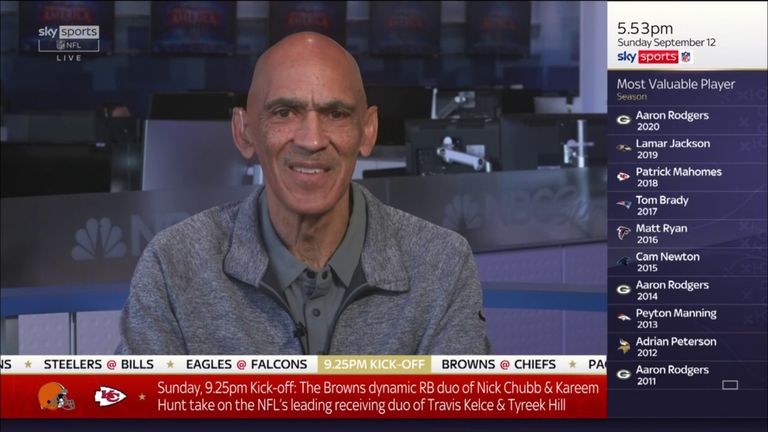 When the time finally does come for him to reminisce, though, Brady’s NFL legacy has long been cemented no matter how Sunday night goes. With seven rings, and having crucially earned the latest of those free from the ‘clutches’ of Belichick, he has assured footballing immortality.

As for Belichick, his ‘gushing’ about Brady at pre-game press conferences has been, true to form, limited and drawn out. He is still widely considered the greatest NFL coach of all time, but over the last 18 months he has certainly been losing the battle in the public court of perception as to whether he or Brady was more crucial to the New England dynasty.

There is no greater opportunity for him to address that narrative than to beat Brady and for the 1-2 stuttering Patriots to upset the defending Super Bowl-champion Bucs on Sunday night.

It might not be the kind of championship-defining game that the pair are used to, but the winner of Super Bowl 55 and a ½ will no doubt still secure a special place in NFL history.