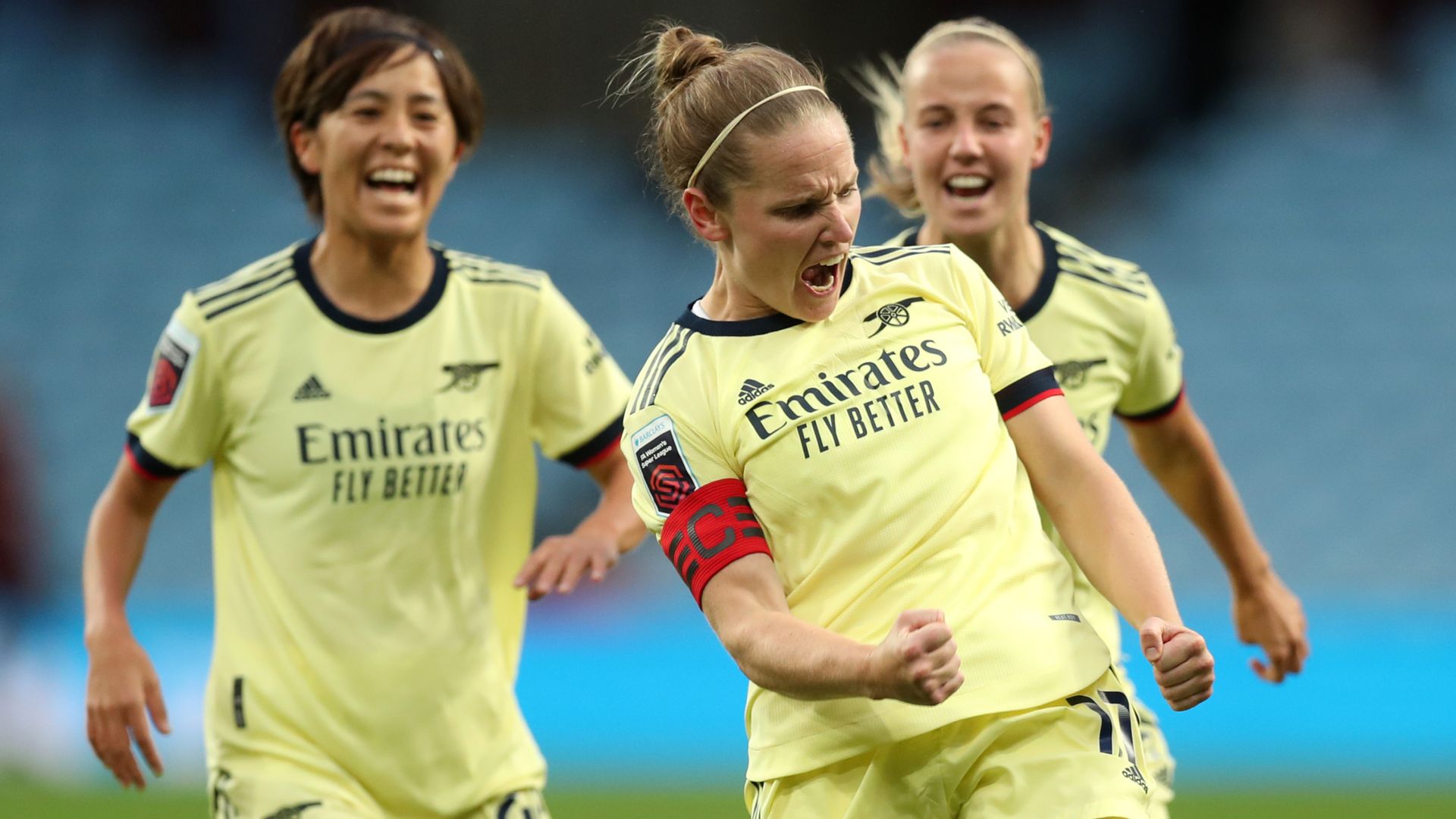 Kim Little scored twice as Arsenal bounced back from a frustrating first half to beat Aston Villa 4-0 and stay top of the Women’s Super League on Saturday.

The Gunners were held goalless through the first 45 minutes by a dogged Villa defence, but Little made the breakthrough six minutes after halftime for the league pace-setters, and the home side’s resistance crumbled in the final 10 minutes.

Mana Iwabuchi, who spent the first six months of 2021 at Villa, added a second for the visitors in the 80th minute before substitute Katie McCabe netted a superb third three minutes later.

Little rounded out the scoring in stoppage time with her second.

Hit the video at the top of the page to watch match highlights.