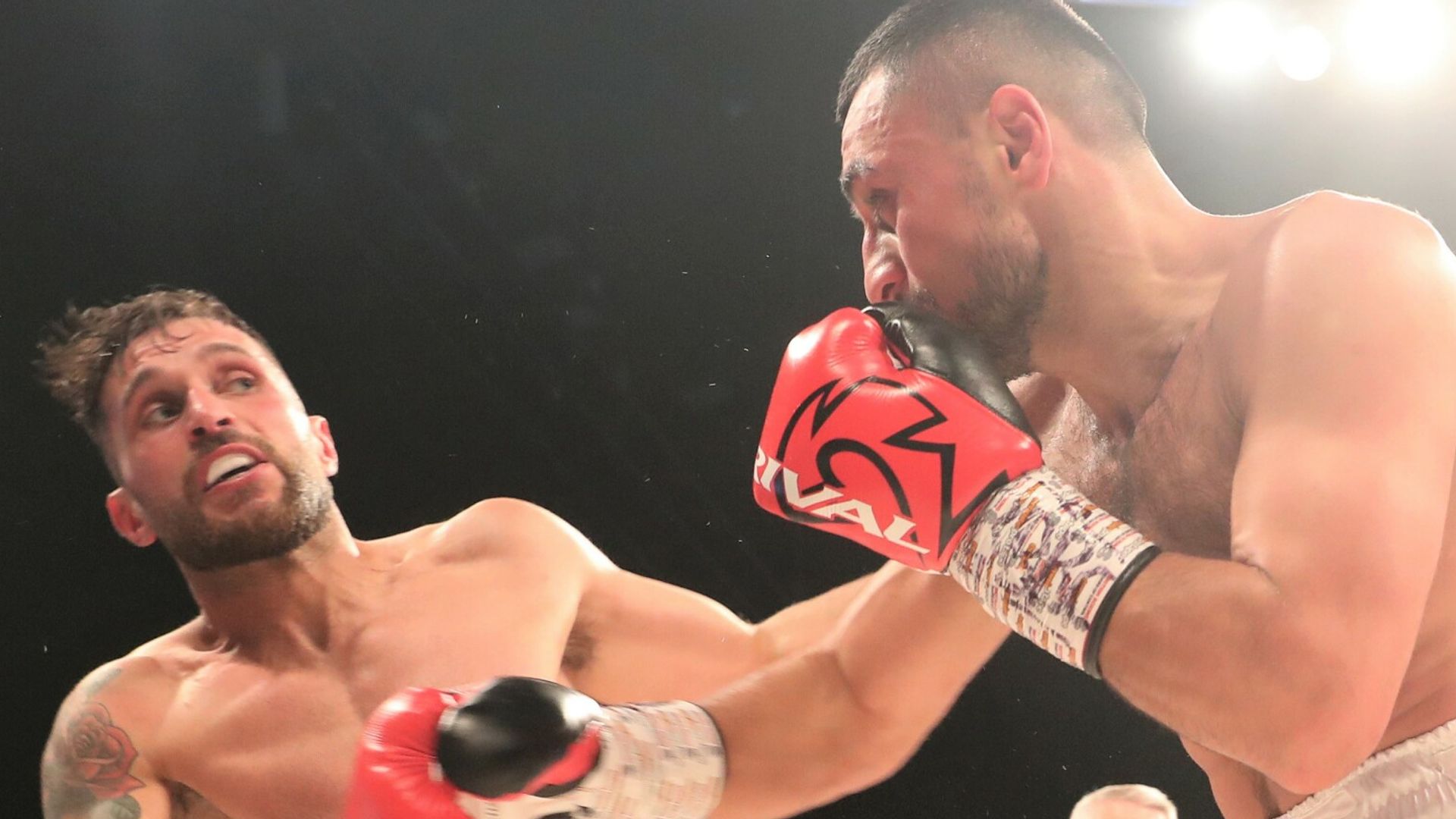 The Russian’s destructive power was decisive in a whirlwind couple of rounds as he forced Taylor to take a knee and then stopped his challenger on the ropes as they traded recklessly at close quarters at The SSE Arena, Wembley.

In a blistering opener, Taylor immediately tried to exchange hooks, and he was soon forced to take a knee after a sharp right hand from Avanesyan.

Taylor clambered to his feet and resumed his defiant attack in the second, but he could not contain Avanesyan, who unloaded a flurry of hurtful shots to prompt the intervention of referee Mark Lyson.