Ronaldo was captured marching alone down the tunnel, seemingly muttering in frustration, after United were held to a 1-1 against Everton, for whom Andros Townsend scored – and then mimicked the Portuguese’s trademark goal celebration.

Solskjaer defended his team selection having started Ronaldo on the bench but with his side now heading into an international break, the decision came under the spotlight and Ronaldo’s demeanour only invited further scrutiny. 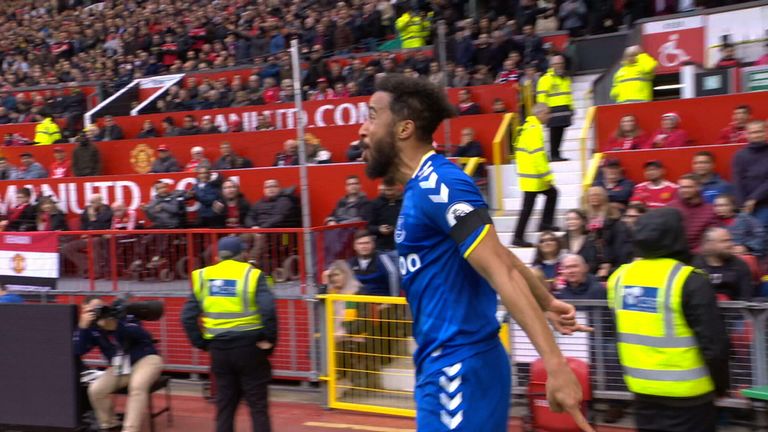 ‘What’s he saying? Who’s he annoyed with? It can only come back to the manager’

I watched the game and I watched him walk off. I can’t say I liked it.

We know those things. He doesn’t have to prove that.

He walks off the pitch, muttering to himself, which throws questions up in the air. What is he saying? Who is he annoyed with? It can only come back to the manager.

Cristiano is smart enough to know actions like that will bring real pressure on the manager – more than he is already under.

It is what it is, but I think that is something that has to be managed in the next couple of months.

Cristiano is not always going to score and he maybe can’t play every game. But if he’s going to walk off like that, it’s going to put immense pressure on Ole Gunnar Solskjaer.”

The worst that could happen for me with Ole is that he’s been an incredible bridge, from a period where the club lost its identity and it lost its way.

There is no doubt the club lost its way in reaction to Sir Alex Ferguson’s leaving the club. Ole has returned some of the values to the club.

There’s a group of players who I think do want to play for the club. The signings have been a lot more Manchester United-like.

But I do now think with the signings of Cristiano Ronaldo, Jadon Sancho and Raphael Varane, recognised world-class talents, comes a pressure to deliver.

FREE TO WATCH: Highlights from Manchester United’s draw against Everton

Ole knows that. He said it in his press conference. He does have to win. You have to win a trophy when you’re three or four years in and you’ve got players like that.

He has to look after himself, Ole, he has to be selfish, he’s got to make sure that he manages Cristiano in the right way.

I think he’ll have a word with him and say, ‘Look, if we’re going to do that, let’s do it in the changing room’.

But Cristiano is not a sheep either. He’s not just going to follow and say, ‘I’m not going to say anything’. He will demonstrate his dislikes and his lack of happiness with situations.