Dillian Whyte has been confirmed as a challenger for the winner of Tyson Fury’s WBC heavyweight title fight against Deontay Wilder this weekend.

Fury defends his WBC belt in a trilogy clash with Wilder in Las Vegas, with Whyte lined up to challenge the victorious champion after the governing body confirmed a long-awaited title shot.

The WBC has stated that Fury or Wilder could target an undisputed world title fight, if they emerge with the WBC belt.

But Oleksandr Usyk’s expected rematch with Anthony Joshua should mean that Whyte receives a WBC title fight, if he preserves his status as WBC interim champion. 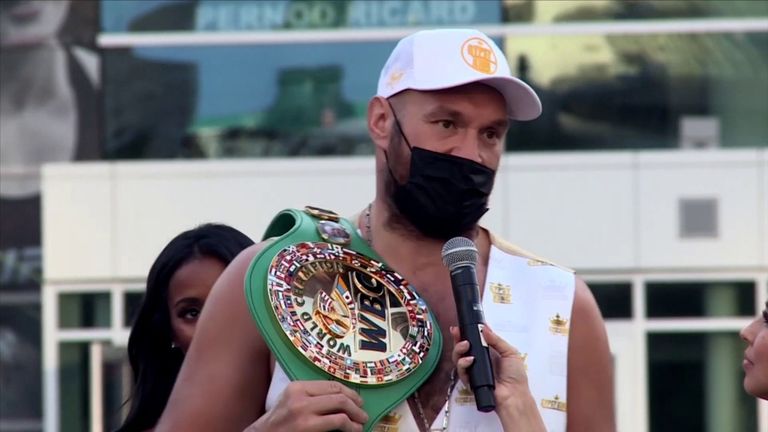 A WBC statement read: “The WBC Board of Governors has reviewed the recent history in the Heavyweight Division.

“Considering the long inactivity in the division due to the pandemic, ongoing legal processes, and Covid-19 infections, the WBC has ruled that the winner of this fight will have 30 days to secure a contract to unify the Heavyweight Division against WBO-IBF-WBA champion Oleksandr Usyk in search of an undisputed champion in the division.

“If no unification bout is secured within that time, the winner of Fury v. Wilder 3 must then fight next against the then reigning WBC Interim Heavyweight Champion.”