The Football Association hopes more clubs across the game will follow Southampton by joining with Premier League teams to sign up to the Football Leadership Diversity Code.

On Friday, the governing body announced a new three-year equality, diversity and inclusion strategy, ‘A Game For All’, which forms an integral part of the FA’s long-term commitment to use its influence across English football to create a game free from discrimination.

The strategy has three key commitments: ‘Lead the Change’, ‘Be the Change’ and ‘Inspire the Change’. It follows on from the FA’s previous ‘In Pursuit of Progress’ initiative.

Under that plan, which ran from 2018 to 2021, more than 50 professional clubs have now committed to the Football Leadership Diversity Code, which aims to improve transparency in recruitment across the game, increase ethnic and gender representation throughout senior leadership, team operations and coaching.

#SaintsFC can confirm it has signed up to the FA’s Leadership Diversity Code:

Eight recruitment partners and three governing bodies – the FA, Premier League and English Football League – have all signed up to date.

Ahead of the FA’s scheduled announcement on Friday, Southampton confirmed they too were also now on board. The club, though, stressed there remains more work to be done, with Southampton the only top-flight side initially not choosing to join following the code’s launch during October 2020.

“Southampton can confirm it has signed up to the FA’s Diversity Leadership Code (FLDC),” a club statement read.

“At its launch in October 2020, the club felt it needed more time to understand how the revised Premier League Equality Standard and the FLDC would complement each other before considering revising our recruitment targets and already established processes.

“Post the introduction of the Premier League Equality, Diversity and Inclusion Standard in 2021, the club now feels it better understands the shared objectives of this standard and the FLDC, enabling us to formally sign up to the FLDC.

“Whilst we are committed to the FLDC, the club maintains that it could go further.

“With the club’s existing recruitment targets encompassing all roles, as opposed leadership roles only, and also extending beyond race and gender, we look forward to engaging with the FA on this topic to broaden the targets for
all clubs.”

English football continues to work with the relevant authorities to ensure there are real-world consequences for those who post discriminatory abuse online. We will not tolerate these behaviours within our game. https://t.co/J3MiY39nsH

Edleen John, the FA’s director of international relations, corporate affairs and co-partner for equality, diversity and inclusion, understands why there may still be some reservations, but hopes more will also eventually come onside.

“For us we are really clear that it was a voluntary code,” said John. “We always had an understanding that we may not get every club in the first year.

“For us it is about making sure that as we go into this next year we can show the progress which has been made, against the backdrop of being in a global pandemic.

“We hope that more clubs will want to voluntarily join us along that journey of being clear about their commitment to driving forward diversity and inclusion.”

John added: “We have been clear in communicating that the Football Leadership Diversity Code is not the thing that is going to govern your entire strategy, it is the starting point from which you can build.

“We would love to have as many clubs on board as possible.

“We know that we are going to be rolling out further focus areas in this across the grassroots, National League system and women’s pyramid as well. 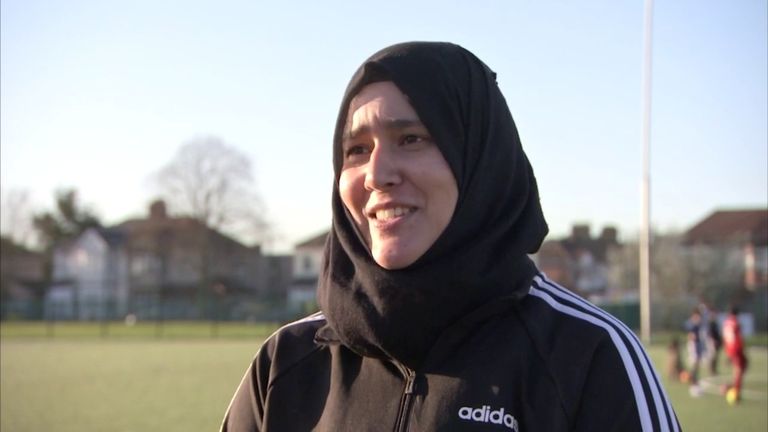 “We really hope that more clubs will join us on the journey and will have a desire to sign up to the code after we have published our first-year update and report.

“I am hopeful that once people see that and the information shared within, they might feel as though they want to be part of driving forward that collective change.”

Under ‘A Game For All’ strategy, the FA’s commitment to ‘Lead the Change’ will see the governing body continue to actively tackle discrimination on and off the pitch through delivering effective sanctioning and education.

There will also be further efforts to tackle online abuse, creating safe venues as well as building trust in reporting mechanisms and disciplinary processes for incidents of discrimination.

In the FA’s ‘A Game For All’ strategy document, England manager Gareth Southgate said: “We want our England squads to be proud of their diversity and heritage.

“By coming together and embracing our differences, we can be stronger in football and society.”

As part of its ‘Be the Change’ element, the FA has also set aspirational goals for diversity targets by 2028. These include aiming for 18 per cent of leadership roles to be filled by people from minority ethnic communities, the figure currently standing at eight per cent.

“We recognise there is more which needs to be done,” John said.

“On that individual organisational level, a lot of clubs are focused on driving forward this change just in the same way as the rest of society is.

“I can’t think of many industries where I can point my finger at and say, ‘they have cracked this’.

“We are focused on it. From an FA standpoint, we want to continue to drive the change and work with all of the stakeholders to make sure that it happens.”