Kateryna Monzul has been named as the referee for Saturday’s game, along with fellow Ukrainian assistant referees Maryna Striletska and Svitlana Grushko.

The VAR is Stephanie Frappart of France, but the fourth official and assistant VAR are both male – Denys Shurman and Viktor Matyash respectively.

The historic moment marks the first time a senior England men’s game has been refereed by a woman.

“For us, though, it’s almost irrelevant. It’s the quality of the official that’s important, not the gender.

“We’re looking forward to being part of what is a special occasion.”

Monzul has taken charge of a senior men’s international before, having been part of the first all-female officiating team when San Marino faced Gibraltar in the Nations League in November 2020.

She also has experience at Women’s World Cups and European Championships and is a referee in the Ukrainian Premier League.

Frappart has officiated in the men’s Champions League and also taken charge of a men’s World Cup qualifier, becoming one of the sport’s female officiating trailblazers in the process.

The appointments come in the same year that Rebecca Welch became the first female referee appointed to take charge of an EFL game, Harrogate’s 2-0 home loss to Port Vale in April.

‘England can challenge for World Cup’

England are preparing to face Andorra on Saturday having collected 16 points from a possible 18 in Group I, including a 4-0 win over their weekend opponents during the last international break in September.

Southgate’s side then welcome Hungary to Wembley on October 12, as they look to take further steps towards qualifying for the 2022 World Cup in Qatar.

The Three Lions were beaten finalists in Euro 2020 this summer and will be among the favourites for the tournament. 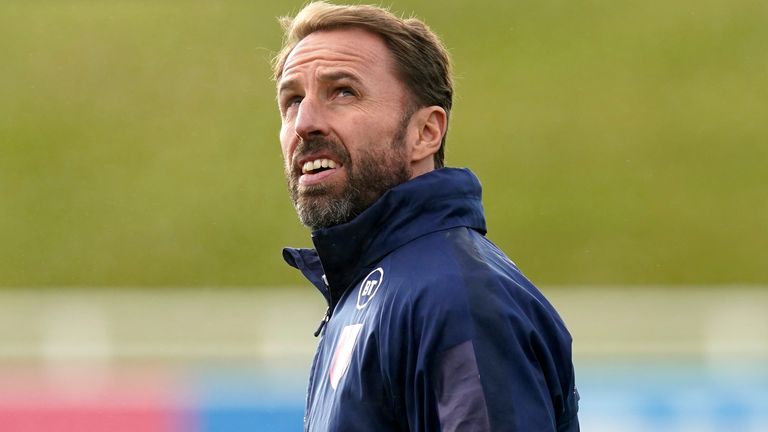 “What I liked last month was that there was no complacency in the attitude of the players, there was a feeling of desire to improve and make sure the next steps are the right ones, keep the standards every day and of course we have to qualify first,” he said.

“That is the task over the next six days, to get six points. There is an understanding that we are close, we are ranked well in the world, our results over a period of time have been consistent but we know we want to go one step further than the summer.”

Follow Andorra vs England on Saturday, October 9 (kick-off 7.45pm) with our live blog, and watch free match highlights on the Sky Sports website and app, as well as the Sky Sports Football YouTube channel, from 11pm.