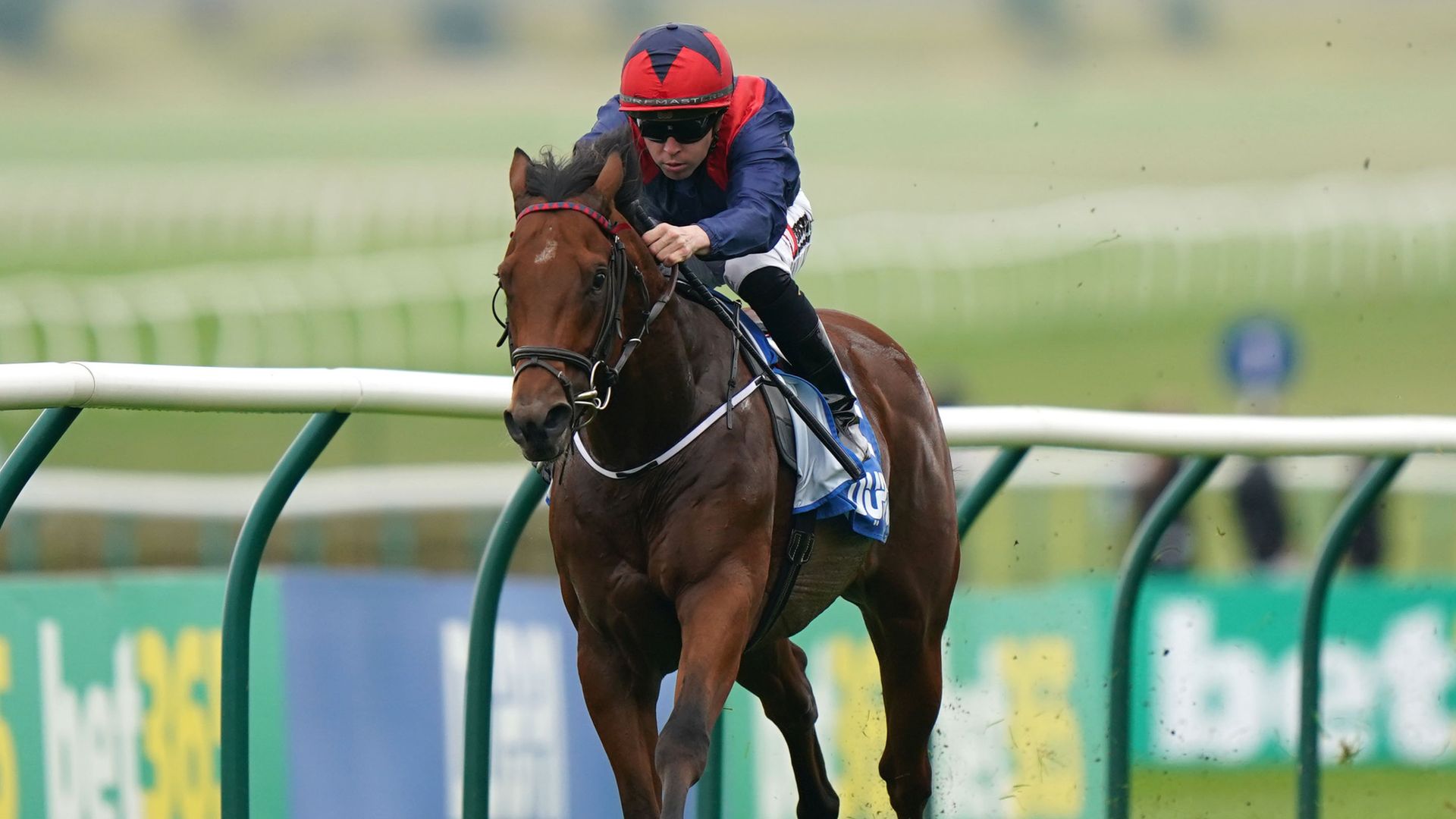 Twilight Jet made it fifth time lucky on his excursions to Britain when running out a clear-cut winner of the Newmarket Academy Godolphin Beacon Project Cornwallis Stakes.

Trained by Michael O’Callaghan in Ireland, the Twilight Son colt had run with credit in the Norfolk Stakes, the Gimcrack and the Champagne Stakes – and led the field for a long way in the Middle Park two weeks ago.

Down a furlong in trip, he burst clear inside the final furlong to justify 2-1 favouritism by two lengths. Illustrating made late gains into second, while Guilded was third.

“It’s lovely to win a race like the Cornwallis and he’s danced every dance this year, that was his 10th start. He’s an amazing horse,” said O’Callaghan.

“He’s been getting better with every run, his ratings tell you that, and I imagine if I wanted I could run him again in two weeks – (but) he’s done enough for the year now, I’d say.

“He was only 50 yards off winning the Middle Park and next year he could potentially be a Commonwealth Cup horse. Once he strengthens up six furlongs won’t be a problem.

“He set a good gallop in a good renewal of the Middle Park and put them all to the sword, but I’m just glad he’s got his head in front in a Group race.

“He’s got everything you need to progress into being a Group One horse next year.”

He added: “I’ve had some good two-year-olds, but he’s probably the best I’ve trained just for the fact he’s had so much racing and he just keeps getting better and keeps improving. We don’t know if we’ve got to the bottom of him yet.”

Ribbon Rose (25-1) made a winning debut in the Godolphin Under Starters Orders Maiden Fillies’ Stakes for Marco Botti.

“She’s always been a bit backward and has just taken time to come to hand. She’s only been in fast work about a month, but she’s been working nicely,” said Botti.

“Neil sat on her a couple of weeks ago and said she gave him a good feel, but in these races you never no what you’ve got to take on.

“I think we’ll probably put her away now, she’s still a little bit weak and hopefully she’s a black-type filly next year.

“Neil is riding well, he’s a very good jockey with plenty of experience, he’s a good asset to the yard. He’ll ride a few more next year as well.”