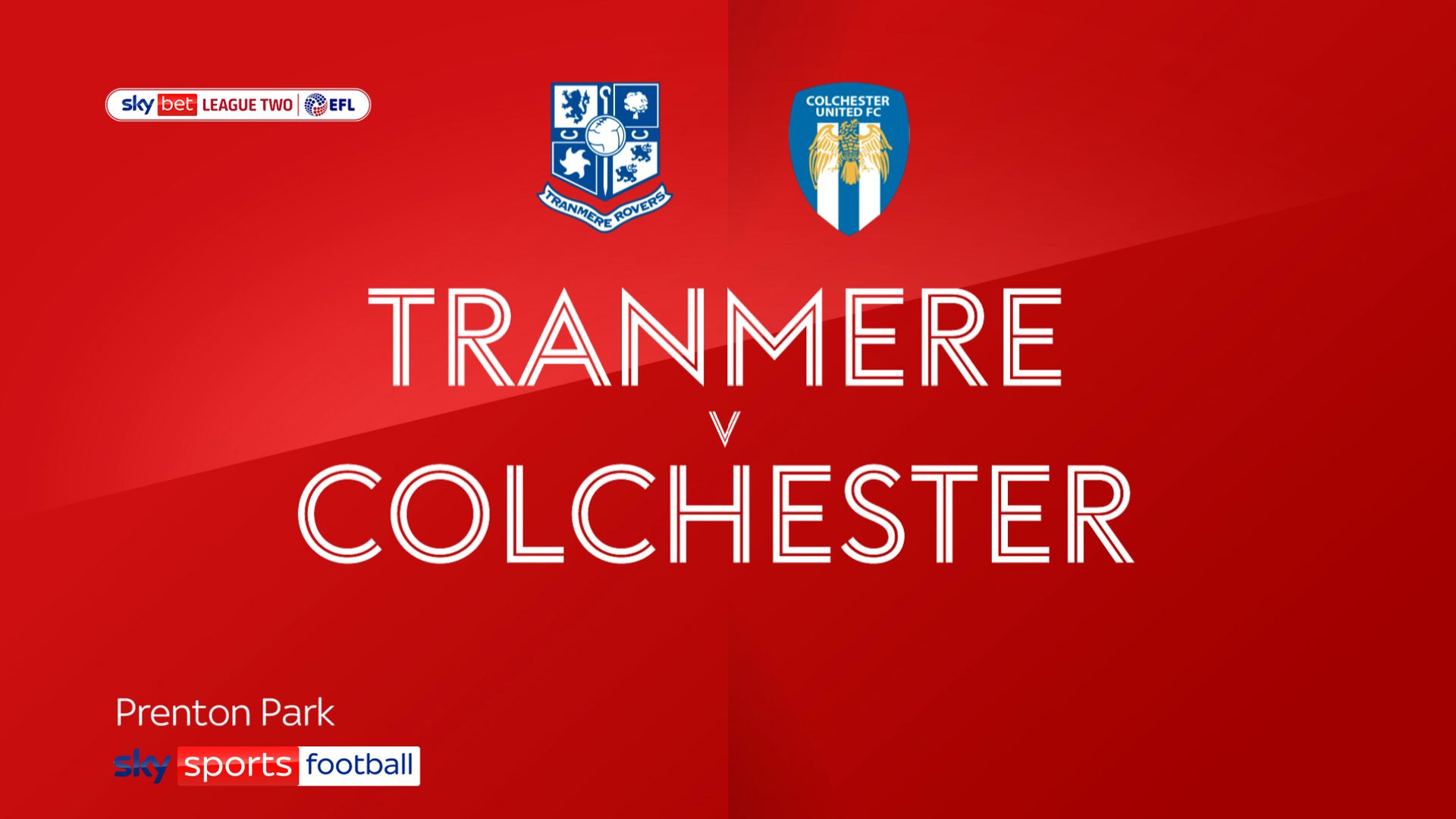 Josh Hawkes and Peter Clarke got the goals as dominant Tranmere extended their home winning streak to four games with a 2-0 win over Colchester.

The visitors’ winless run stretched to four games and more worryingly they have also failed to score in that time.

U’s stopper Shamal George did well to keep out Tom Davies’ powerful header in the first half.

Freddie Sears saw his strike denied by Ross Doohan at the near post just before the break as the visitors’ wait for a goal continued.

After the restart Davies nodded against the bar as Micky Mellon’s men burst out of the blocks.

But Hawkes made no mistake as he notched his first league goal for the club in the 54th minute.

But Hawkes turned provider moments later as Clarke headed home his third goal in two games to secure the points with 19 minutes left.

Doohan ensured a deserved clean sheet when he denied Sears from close range late on.