Price is bidding to follow in Phil Taylor and Michael van Gerwen’s footsteps by becoming the third player in Grand Prix history to defend the coveted title, while Clayton is targeting his first televised ranking crown.

‘The Ferret’ has established himself as one of the premier players in world darts by virtue of winning the Masters and Premier League this year, yet with both tournaments unranked, his current status as world No 13 is not reflective of his exploits.

The sub-plots are fascinating. Clayton attributes his meteoric rise to his World Cup triumph alongside Price last November, and now the world No 1 is aiming to halt the juggernaut he is responsible for unleashing.

The defending champion has been battling the crowd as much as his opponents this week, and despite struggling for large periods of the event, he has relinquished just three sets in advancing to the final.

Clayton has produced a series of sparkling displays to reach his eighth final of 2021, but Price certainly boasts the psychological edge over his compatriot.

This year’s World Grand Prix has been littered with uncertainty, but we can guarantee that the title will be heading back to Wales. The question is, will it be Markham or Pontyberem?

History beckons for The Iceman?

“Champions find a way, that’s what they do.” Wayne Mardle’s remarks midway through Price’s semi-final showdown against Stephen Bunting proved prophetic, as ‘The Iceman’ roared back from 2-0 down to keep his title defence alive in dramatic fashion.

The world No 1 was in tungsten turmoil at one stage against ‘The Bullet’, but he overcame an injury scare and a hostile crowd to book his place in a second consecutive Grand Prix final.

Price’s route to the final

Prior to his last-four tussle, Price’s progress had been relatively serene. He navigated a potential banana skin in round one to defeat world No 9 Michael Smith in straight sets, becoming the seventh man to register a ton-plus average in the tournament’s history.

The world champion rallied from a set down to overcome the veteran Mervyn King in round two, before punishing a profligate display from two-time runner-up Dave Chisnall to complete a routine 3-0 win in the quarter-finals.

‘The Ferret’ celebrated his 47th birthday by kicking off his campaign with a comprehensive straight-sets success over Callan Rydz, averaging 95 and converting 60 per cent of his finishing doubles.

This set the precedent for his extraordinary consistency on the outer ring throughout the week, as he bids to claim a third major title of 2021 and catapult himself inside the world’s top eight.

Clayton’s route to the final

The diminutive Welshman landed four ton-plus finishes to account for Jose De Sousa in a repeat of this year’s Premier League final, before recovering from 2-1 adrift to defeat World Matchplay semi-finalist Krzysztof Ratajski in a thrilling last-eight tussle.

Clayton was converting 65 per cent of his finishing doubles ahead of his semi-final clash against Danny Noppert, and he produced another imperious display to account for Michael van Gerwen’s conqueror, running out a 4-1 winner with a 94.82 average.

Price: I need to improve 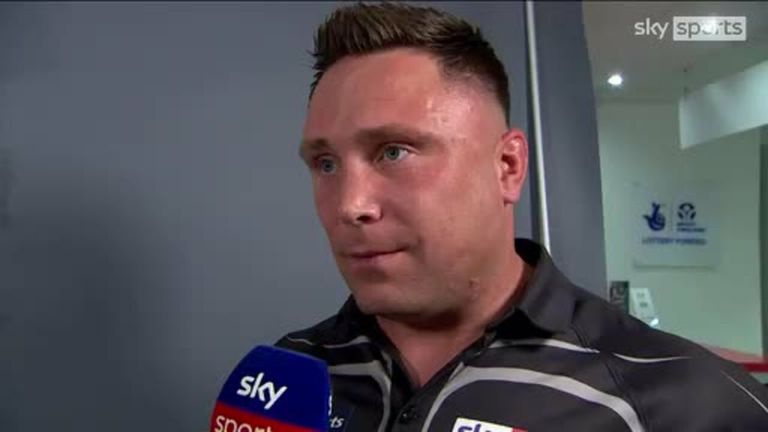 “I dug in there until the end and thankfully got over the winning line. It is probably one of the worst performances I’ve had [vs Bunting]. That was tough.

“I was under a lot of pressure and the crowd were on my back. I was basically down and out and I had to give myself a kick up the backside.

“Jonny is brilliant. He has played fantastic darts all tournament. It is going to be a tough game, but hopefully I can play a lot better than I did in the semi-final, because I need to.

Clayton: I’m over the moon 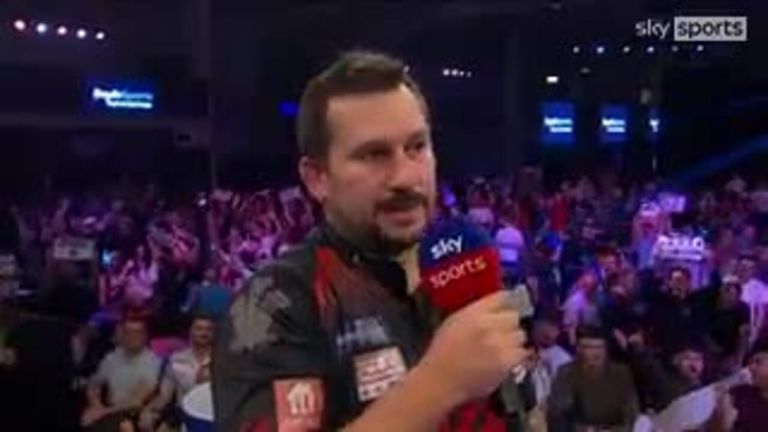 “I’m over the moon. I came here to reach the final and I’ve done it – it’s fantastic. I’m chuffed with that win. Hopefully it is my year.

“The crowd are absolutely fantastic. The support is awesome. The Welsh flags are everywhere, so I think they wanted an all-Welsh final.

“It is nice that I get quite far in a ranking tournament! I am looking forward to it. Let’s see what happens.

Price dominates the pair’s head-to-head record, having won 11 of their 16 clashes, and more significantly, the world champion has won each of their last eight meetings.

Clayton came out on top in their first two televised tussles, although it has been one-way traffic for ‘The Iceman’ since, and he has won their last three encounters by an aggregate score of 23-7.

The world No 1 ran out a comprehensive 11-3 winner in their last tussle at the World Matchplay in July, and Clayton is bidding to topple Price on the televised stage for the first time since November 2017.

However, their solitary showdown in a PDC final saw ‘The Ferret’ claim an 8-5 victory over Price in the Austrian Darts Open final back in April 2018. Can he repeat the feat tonight?

Can Clayton cause an upset? 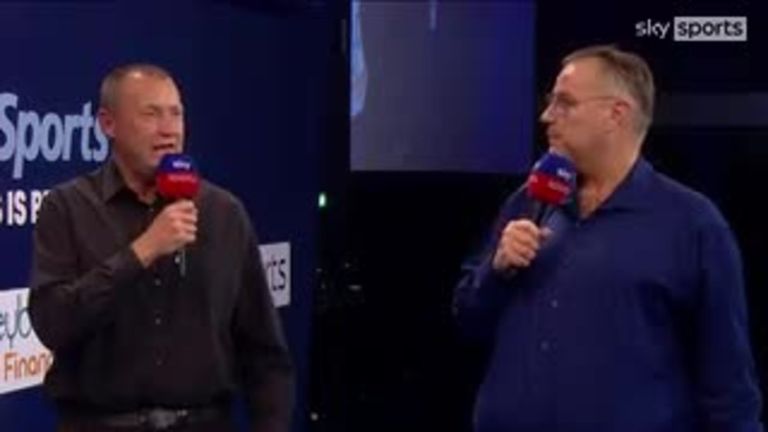 Wayne Mardle: “Jonny is throwing with a brilliant rhythm. His finishing stats throughout the event have been like we’ve never seen before. He will feel like he has a real chance.

“The negative is when he plays Gerwyn, he normally under-performs, but if he wins he can go to world No 7. Are there six better players in the world than Jonny Clayton right now?

“The answer is no. He has just proved again that he is one of the very, very best in the world. This is all Gerwyn Price’s fault. He has created a monster!” 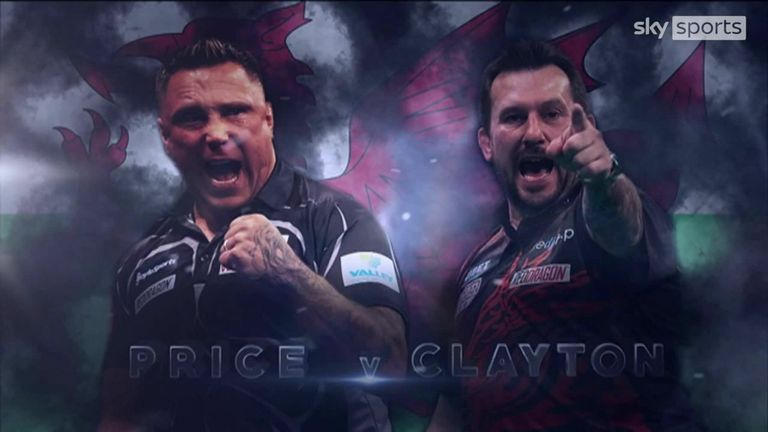 John Part: “It is exciting. We feel like Jonny is the in-form of the two, but Price is the leader of the pair. He has always had the dominance in the head-to-head matches.

“With Jonny, there’s a deferral of sorts that goes on – to Gerwyn. He has a lot of respect for him, and he is probably thankful for the World Cup to start him off on his path.

“He is going to have to be a little more aggressive, and play for him, not for Wales.”

Watch live coverage of the World Grand Prix final on Saturday from 8.30pm – join us on Sky Sports Main Event and Arena for the thrilling conclusion to seven days of darting drama