This past summer, just as the previous one, a number of former Charlton Athletic youth-team players met up to commemorate the life of Pierre Bolangi. It was a celebration. There was laughter, the camaraderie of people coming together and sharing stories.

But underneath the smiles, the anguish remains. They are all there because of what happened that day on August 9 2000 when a 17-year-old boy lost his life. Bolangi drowned in a freezing pond during a military-style pre-season training accident.

The boys were woken early that morning and told by the army instructor they were going for a run in their heavy fatigues. Exhausted, they were led to the banks of the pond and expected to swim. Chaos ensued. One boy did not emerge from the water.

It took four hours to find the body.

Kevin George was one of the 14 teenagers whose care had been entrusted to the army during that trip. He witnessed his friend disappear into the water, barely escaping with his own life. He had to be hauled to safety by Charlton’s education officer Phil Gallagher.

“There are little things that I think about that day,” George tells Sky Sports.

“When the soldier got into the water, I followed him. I am so annoyed. Why didn’t I think for myself? I am not a strong swimmer. I am wearing heavy overalls. I have just done this run. I am knackered. Such is the programming, I just jumped in. I carry that with me.”

He is not alone. That has become apparent since the reunion.

“There is the family that lost their loved one and there are all these guys who have suffered trauma. One guy tried to take his own life. When we did the memorial, there were players who broke down because they have not spoken about it since.

“People have been contacting me privately and sharing how they feel, players and staff. It affected people in a big way and really badly. This is 21 years later.”

The instructor, Dean May, was charged with manslaughter by gross negligence. Found guilty, he was fined £1,500. “I carried that with me for years. I would rather they had said he was innocent than fine him that amount. It felt like that is what they valued his life at.” 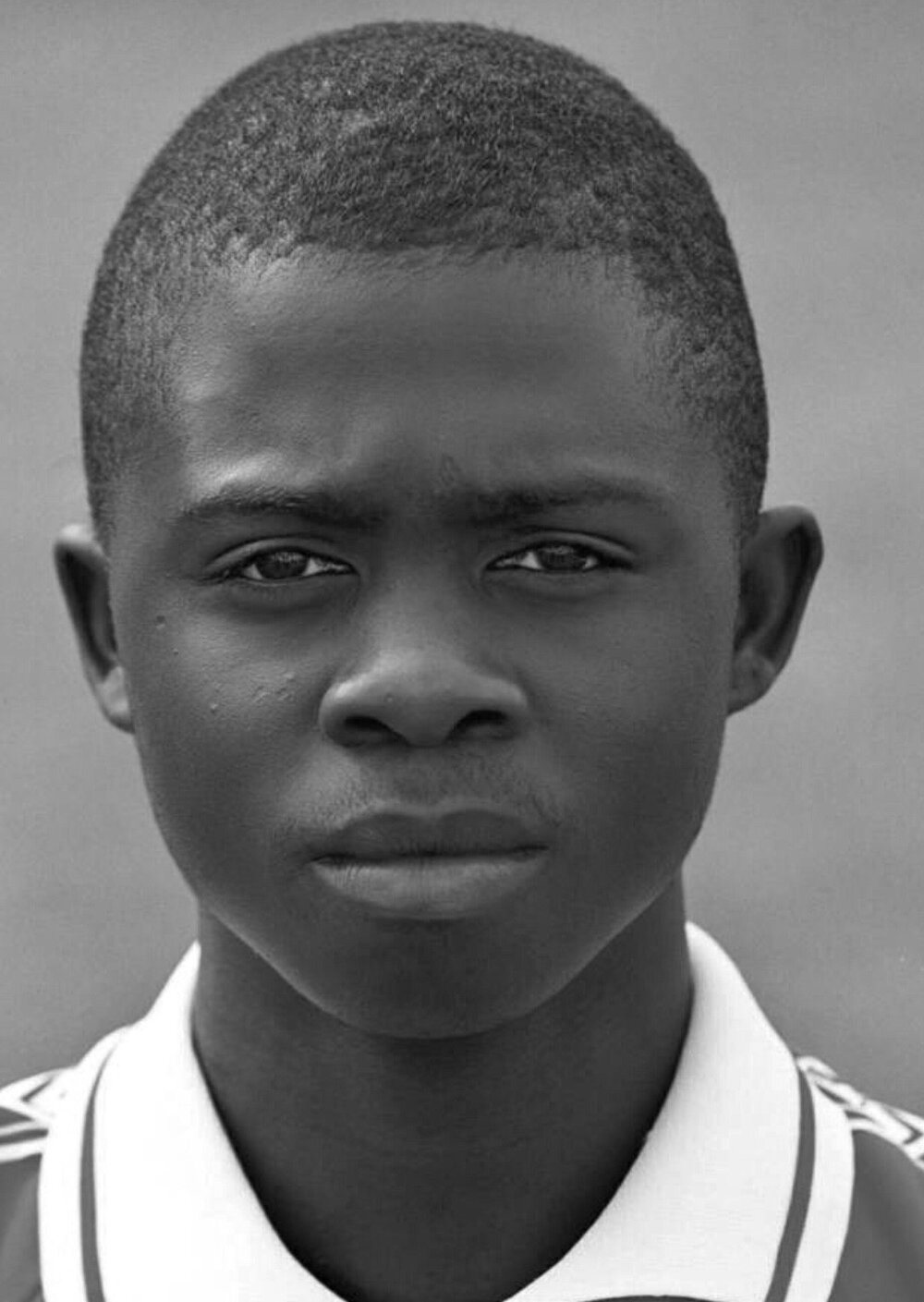 That verdict took two years, by which time many of those involved felt as if the whole incident was being airbrushed from existence. Charlton encouraged their young players to refocus and there was a sense that people were only too happy to move on.

“When I look back, I am frustrated and annoyed. I am a lot older now but there was no checking in. It was strange. After a week off, it was almost like, we are back to football now. Because we are sheep, we are not questioning that. We are trying to earn contracts.

“I have started to question the intentions of the club at the time because we were told not to speak to anyone and I felt like I was being suppressed even though I was suppressing my emotions anyway. It felt like, hold on, the club is covering its back here.

“I have kept the letters. Charlton sent one two days after we got back offering us group therapy. When you almost lose your life and you lose someone close to you, you don’t put someone in a group therapy session. What do you expect to get out of it?” 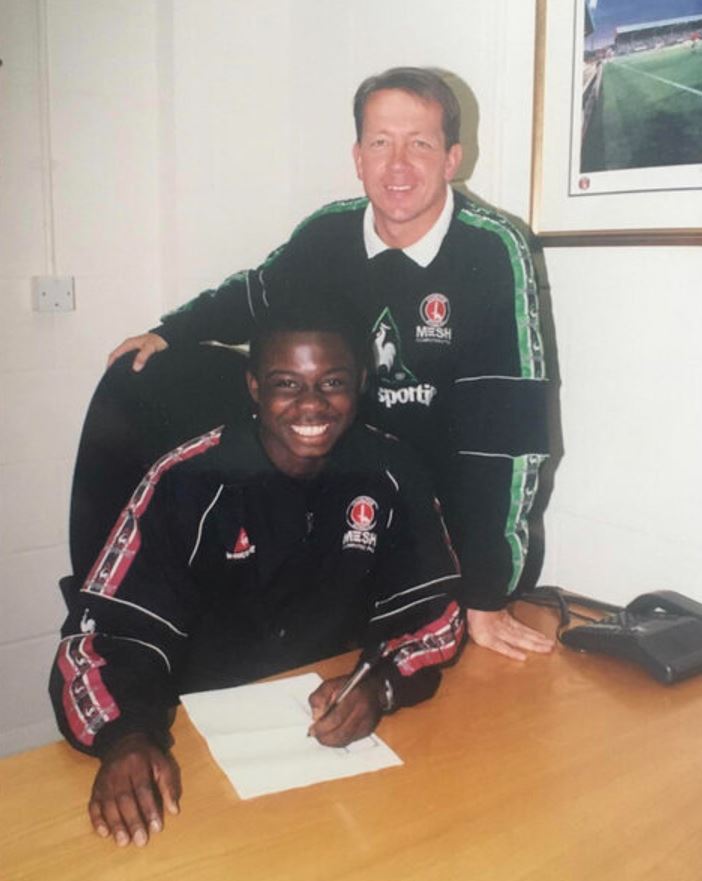 George speaks from a position of real knowledge now. He is a qualified psychotherapist. That was a journey that began when he had an episode while on a boat trip with his family in the Dominican Republic. The decision to take a dip brought memories flooding back.

“I had a panic attack in the water. I was, like, ‘What is going on here?’ That moment for me was huge. I had thought it was behind me but it had always been at the back of my mind. I made the connection and that forced me to start thinking about the past.”

It was the catalyst for last year’s memorial, marking 20 years since Bolangi’s death.

“I began trying to get hold of Pierre’s family because I wanted to do something to commemorate him. But also at a deeper level I felt there was some unfinished business around that. As the years progressed, that is what has been happening.

“For example, I realised that I had only been thinking about myself, Pierre’s family, and the players. It is only recently that I started thinking about the staff. Our coach and education officer were there. No one cared about them. Nobody checked in.

“There are still a lot of emotions there, to be honest.”

Even so, relations with the club have improved. Significant figures such as Chris Powell, the left-back whose place Bolangi had hoped to take in the Charlton first team, attended the memorial. There is the memorial garden at the training ground, funded by supporters.

But George now hopes for more.

“I look at QPR and what they have done for Kiyan Prince. He did not get murdered on QPR’s watch but they named the stadium after him. When I look at Pierre, if I do not arrange that memorial last year, then nothing would have happened. And he died on Charlton’s watch.

“Pierre’s family felt like the club abandoned them at the time and did not contact them. Nobody is there from back then so it is not a case of me pointing to individuals and making accusations but hopefully there will be more things like the memorial garden now.

“Pierre’s tragic death, and the impact it had, will never be forgotten. The updated Pierre Bolangi memorial garden was unveiled at the club’s training ground In August, on the 21st anniversary of his death.

“We are pleased to be working with Kevin George, and friends and family of Pierre, in continuing his legacy, one that will last forever at Charlton Athletic.”

“We finally had a meeting with Pierre’s sister and officials at the club and it sounds like they are prepared to support any ideas that we come to them with. I want Pierre to have a chance to have a legacy because we have all had that chance but his was taken away.

“We have already created the Pierre Bolangi award. At the end of the season, an academy player from Charlton who showed the characteristics of Pierre will win that award. The mural that we imprinted on the football kit will also be going in the Charlton museum.”

In doing so, the hope is that Bolangi will be remembered, always. “It is not about anger now,” says George. “It is about making sure the club does better. It is all about legacy.”