The mitochondrion has garnered quite the reputation for its role as the “powerhouse of the cell.” These tiny, but mighty organelles play various life-sustaining roles, from powering our own cells and organs to fuelling chemical and biological processes. But when they aren’t working properly, a number of rare diseases can occur.

Mitochondrial diseases are a group of debilitating genetic disorders that affect one in 5,000 people throughout the world, most of them being children. Along with these diseases come a variety of health concerns, including, but not limited to; heart disease, developmental and cognitive disabilities, respiratory issues, poor growth, and even premature death. As of this moment, there is no cure. 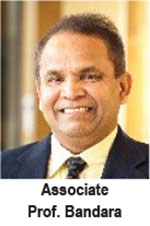 But recent work published in the journals Mitochondrion and BMC Molecular and Cell Biology by Aloka Abey Bandara, a research associate professor in the Department of Biomedical Sciences and Pathobiology in the Virginia-Maryland College of Veterinary Medicine, and his team offers mitochondrial disease patients and their parents a glimmer of hope.

“Our cell models will allow us to see what exactly happens to the cells and its processes when a child develops mitochondrial disease. In addition to these factors, we will be able to conduct further study into the toxicity and effectiveness of novel drug candidates,” said Bandara.

Our bodies produce life-sustaining energy from the food we eat and the air we breathe. Oxygen and nutrients, like glucose, travel throughout the body’s organs, tissues, and cells until they arrive at their final destination: the mitochondria. When the nutrients reach the inner membrane of the mitochondria, a unique series of protein complexes, called the electron transport chain, kicks into gear.

Through a series of reactions, the electron transport chain is able to remove electrons from the nutrients and push them through the mitochondrial membrane, which forms a gradient of protons. When this happens, the body generates adenosine triphosphate, better known as ATP, a molecule that carries energy within cells.

“Sometimes, you can see disruptions or mutations within the electron transport chain proteins,” said Bandara. “As a result, the protein complexes cannot transport electrons, and then energy production is disrupted. Almost all organs of the organism will be affected – heart, eyes, and muscles – and they will not be able to function correctly.”

Mitochondrial disease patients can have defects in either Complex I or Complex II. Patients who have Complex I disruptions typically have neurological problems such as seizures and abnormal brain functions. Those with Complex II disruptions can develop many other diseases and are more likely to develop several cancers.

Although researchers are able to pinpoint where exactly the defects are located, creating treatments for these mitochondrial diseases has been a challenge. Therapies, vitamins, and dietary adjustments have been able to help alleviate symptoms and slow down the progression of disease; but, mitochondrial disease, itself, does not have a cure. Therefore, new drugs need to be created, tested, and refined.

Bandara hopes that his cell lines will not only support upcoming research, but also the patients and their families, who are experiencing the mitochondrial disease and all of its impacts firsthand. 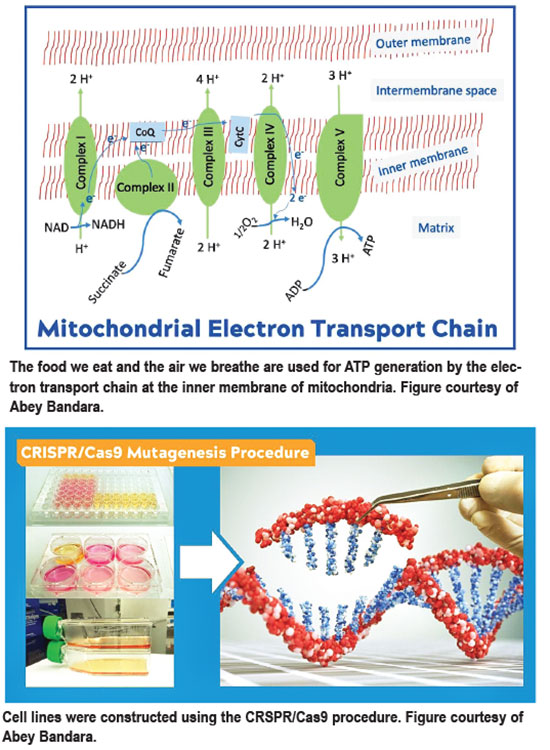 “The parents are often helpless because they cannot just go to the pharmacy and get a drug,” said Bandara. “Hopefully, they can see that researchers are taking huge leaps to find a cure for these diseases. Maybe they can feel that they are not alone anymore – that the universities, the government, and science are fighting with them.”

In order to test drug candidates, researchers must first create cellular models, which act as artificial “sick” cells. Cellular models are an excellent tool for drug discovery because mitochondrial disease can be studied without actually needing to extract cells from patients.

To create cells that mimic mitochondrial disease, Bandara had to “knock-out” portions of the genome that create the coding for Complex I and Complex II using CRISPR/Cas9 technology.

First, researchers identified the portion of the genome that needed to be deleted. Then, they designed a piece of RNA that made that point it’s “home base”. The RNA then “guided” an enzyme called Cas9 to its home base on the gene. Cas9 is then able to bind to that point and “cut” it.

After this process was completed, Bandara ran genomic sequencing to confirm that the portion was successfully deleted from the genome. Over several months of hard work, Bandara and his team created two mutant cell lines, one with Complex I removed, and the other without Complex II.

Bandara is one of the few researchers in the world to use the CRISPR/Cas9 technology.

After the mutant cell lines were created, Bandara ran them through a disease model, where he tested the functions of the “sick” cell line against the “parent” cell line, which is composed of healthy cells. Through close analysis, Bandara confirmed that the sick cells consumed far less oxygen, grew very slowly, and did not produce enough ATP for the cells to function properly – the three trademarks of cells with mitochondrial disease.

Once they confirmed that the knockout cell lines properly simulated the cellular dysfunctions of mitochondrial disease, they were able to test a newly developed drug called Idebenone. With this treatment, Bandara showed that cell growth and oxygen consumption can be restored to a certain extent.

These cell lines were the product of a fruitful collaboration of experts from the Virginia Tech Department of Human Nutrition, Foods, and Exercise and the Virginia Tech-Carilion School of Medicine. The construction of mutant cell lines was guided and supported by David Brown, a former associate professor in the Department of Human Nutrition, Foods, and Exercise in the Virginia Tech College of Agriculture and Life Sciences, now the Senior Director of Scientific and Technical Innovation at Stealth BioTherapeutics, a Boston-based biotechnology company.

From this work, the team has received two provisional patents for their cells. These cell lines have already been licensed to two pharmaceutical companies in Boston and Chicago, which will develop new therapies for individuals suffering from mitochondrial diseases.

The cells have been made available for global use by interested researchers and pharmaceutical companies through Ximbio, the world’s largest non-profit specializing in life science research tools of all types.

“Cell models of mitochondrial complex I and II defects carry high societal and economic impact as models for testing drug candidates in a cost- and time-effective manner for the treatment of mitochondrial dysfunction” said Dr. Justin Perry, the business development manager at Ximbio.