When England cricket bosses discussed the idea of T-20 cricket as a third form of the game in 2003, they would have never imagined the popularity of the game would have soared so high. The format was introduced for one specific reason; the dwindling number of fans in English County Cricket. It was a concern for the authorities and they thought a condensed version of the game with fans enjoying an evening under lights was the best way to bring them back to the game.

Former cricket supremo Jagmohan Dalmiya’s take on T-20 cricket was interesting. Dalmiya showed up at the press box when the 2003 50 over World Cup semi-final involving India was taking place in Durban. Now Dalmiya had just finished his tenure as the President of International Cricket Council and was back with India as the President of BCCI. When a British journalist put through the idea to him during a press conference, the business tycoon from Calcutta said, “You people in England may need another format for the game to infuse interest. But not us in India. When they play a Test match in my backyard at Eden Gardens, there are 100,000 fans inside the ground and 5000 fans outside the ground.” 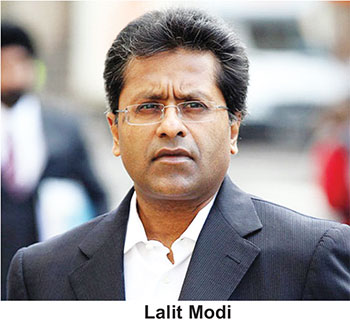 Now Dalmiya is no fool. At a time when BCCI was paying television companies to telecast Indian cricket it was he who changed the trend by selling Indian television right in 1980s. His dig at England was just his way of sending the message across to Lord’s. Your game maybe struggling to survive but ours is in very good hands.

India wasn’t quick to embrace T-20 cricket. In fact, they had reservations about taking part in the first ever World T-20 in 2007 held in South Africa. There had to be compromises made to ensure that India participated in the event as otherwise the tournament would have been a flop. The money that Indian cricket brings is gigantic. If India tours Sri Lanka for two weeks, the money generated from television rights is good enough to run Sri Lankan cricket for the entire year.

India in fact for the first World T-20 sent a second team under a 25-year-old captain. A certain M.S. Dhoni. The authorities never thought that this will turn the sport upside down. India won the title, in style, beating arch-rivals Pakistan in the finals. It was the first time they had won a global title since Kapil Dev’s side had won the 50 over World Cup in 1983. There was no looking back.

Around this time, the Indian board had a dynamic official by the name of Lalit Modi. Politically, Modi was powerful. He supported BJP and was known as the ‘Super Chief Minister’ of Rajastan.

Modi had studied Business Administration in the United States. It was in the US he had got a first taste of franchise sport. He tried to implement the same in India and the IPL was born.

The ICC buoyed by the success of the inaugural World Cup made it a biannual event.

Sri Lanka had been very good at innovation and they were a hit in T-20 cricket winning bilateral series consistently and performing so well in ICC events. They reached the finals in 2009, 2012 and 2014 and won the event in Dhaka seven years ago.

The retirement of several seniors saw Sri Lanka struggling, especially in the shorter formats of the game. But the same seniors have now returned to help cricket in an advisory capacity and their game is looking to overcome the challenges.