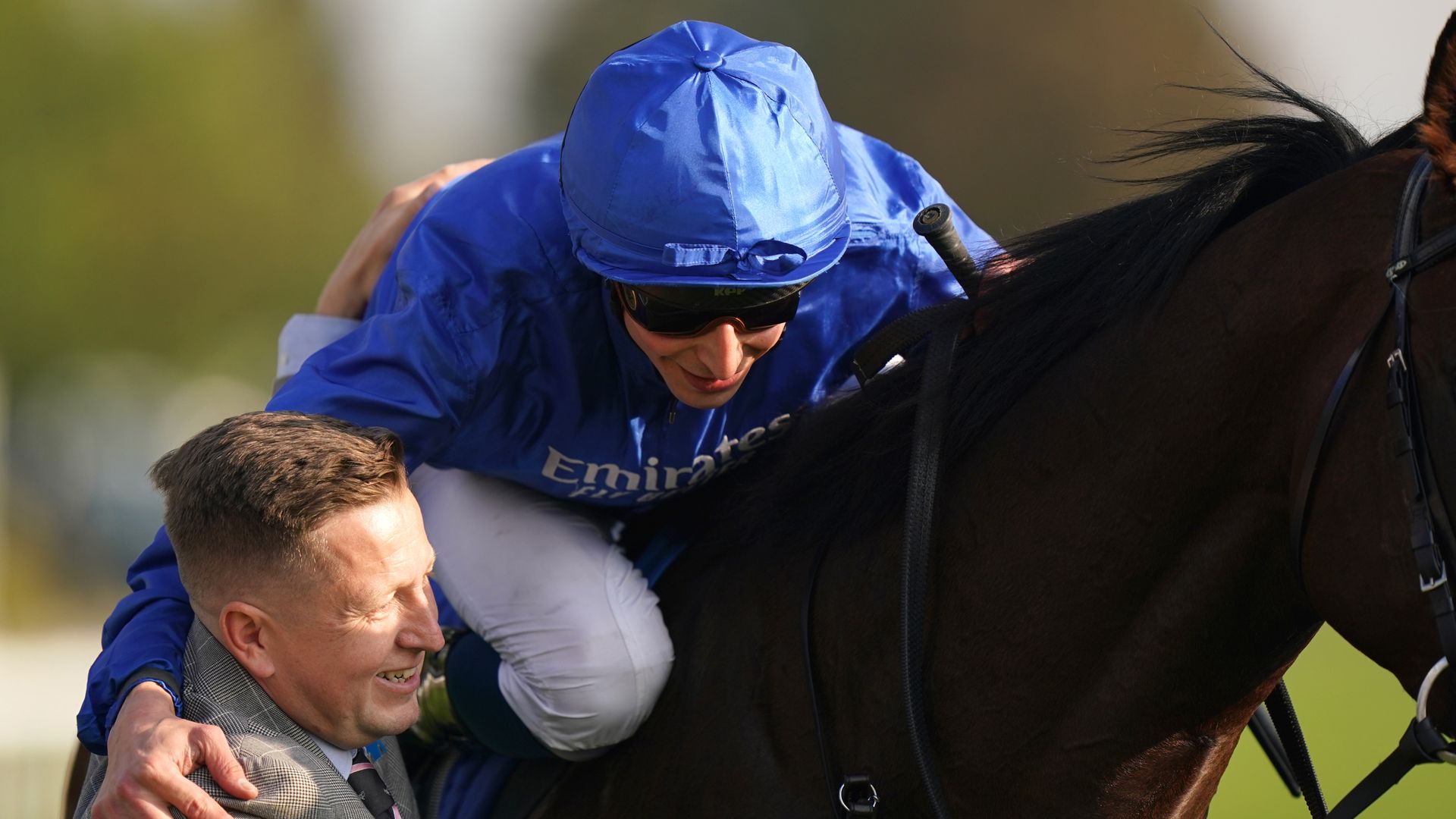 William Buick kept the pressure on Oisin Murphy as a double at Nottingham cut the champion’s lead to two with three days of the jockeys’ title race remaining.

Murphy – who drew a blank from six rides – remains on 150 with Buick on 148 after his brace through Zebelle and Raasel from a full book of eight mounts.

Neither jockey had bothered the judge the sixth race – but the title race burst back into life with a stirring ride from Buick on Zebelle (13-2) in the Anderson Green Nursery Handicap.

The George Boughey-trained youngster was outpaced for the first part of the five-furlong dash, but came strong in the closing stages. Produced in the centre of the course, Zebelle responded to Buick’s urgings to record a crucial win by two and a quarter lengths.

“They went very fast and she was outpaced. She’s very genuine and handled that ground well and came home with a wet sail,” Buick told Racing TV.

“I’ve had chances all day so hopefully I can keep going.”

Buick only had to wait 35 minutes to close the gap further as Raasel (13-8 favourite) extended his winning streak to three in the Persimmon Homes Handicap.

Mick Appleby’s in-form four-year-old, a winner at Goodwood and over this five furlongs, stayed on strongly to lead inside the final furlong and deny Wrenthorpe by half a length.

Paddy Power spokesman Paul Binfield said: “This reminds me so much of the titanic struggle between Paul Hanagan and Richard Hughes in 2010 and punters continue to want William, who well and truly possesses the momentum at present.”

Coral’s David Stevens said: “Although time is running out for William Buick, he continues to narrow the gap on Oisin Murphy, and as a result is now evens – the shortest odds he’s ever been – to win a first championship.

The two protagonists square up again on Thursday as they are both in action at Chelmsford.

Elsewhere on the card, Eldar Eladarov (13-8 favourite) looked an exciting prospect when running away with division two of the British Stallion Studs EBF Maiden Stakes over an extended mile.

The Roger Varian-trained colt, who cost £480,000 at the breeze-ups, strung out the opposition in the closing stages under David Egan to beat Janoobi by five lengths, with Clear Day another five lengths back in third.

Egan said: “Coming back from the breeze-ups it probably took a while to chill him out, but he’s matured throughout the year and I can only see a horse like him getting better as a three-year-old.”

Glentaneous (5-1) was an emphatic winner of the Kier Construction Handicap for trainer Brian Meehan.

The three-year-old, ridden by Andrea Atzeni, drew clear in the final furlong to take the feature race by three and three-quarter lengths from Sandyman.

Atzeni said: “It was never in any doubt. He jumped, we had a nice draw and he travelled good into the race.

“When I let him down he kept on lengthening all the way to the line. When I looked up at the screen I couldn’t believe how far clear he was. He won quite nicely and liked the ground.”