Why for goodness sake is it that we as a nation blunder from one crisis to another and these crises have been increasing in intensity, ferocity and magnitude, and to a cynical mind like Cassandra’s, all so unnecessary. Worse, we Ordinaries are treated like scum to be totally disregarded.

Corn instead of trees

Cass refers to the headline in Saturday October 9th The Island: “Tycoons backed by pettifoggers eyeing Wattegama–Kebilitta forest for corn cultivation” claimed by Sujeewa Chamikara of the Movement for Land and Agricultural Reform (MONLAR).

Thank goodness for these Movements and Organisations! If not for them, our land would surely be on the destructive road to desertification, judging by the human vultures waiting to cut trees. Hundreds of years old majestic trees to be decimated and corn grown instead. The lungs of Sri Lanka amputated bit by bit for money making. There may be a foreign organisation at the fore but behind are politicians, waiting to make a fast buck assisted by the mentioned pettifoggers. Cass googled for its exact meaning. Pettifogger is an archaic noun to name inferior legal practitioners who deal with petty cases or employ dubious practices. Just as we have too many politicians we have far too many of these false brief carriers, always ready to bend laws. 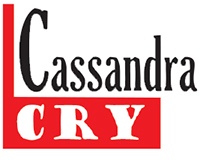 The lack of inorganic fertiliser and the uprising of farmers pleading for this and insecticides and pesticides, while exhibiting undersised, worm infested vegetables and fruit is spread island-wide. Cass’s heart cries for them. They know best and they demand inorganic fertiliser. All agricultural and microbiological experts profess the harm done by inorganic fertiliser and pesticides is minimal and cannot be weighed against their essentiality until such time (minimum 20 years) as our agricultural land can be ‘acclimatised’ to organic stuff. The President, out of the blues, declared Sri Lanka was gong completely organic in its agriculture – first country to do so and all that. You well know the rest.

To compound the severity and direness of the situation of the farmers and ultimately our stomachs, organic rot has been imported from China. Mercifully our microbiologists discovered this shitty compost had dangerous microorganisms. But the Chinese Embassy in Colombo says no, it’s false. The microscopes, tests and all the expertise in the country is proved wrong by one Chinese word – backed of course by dangled money carrots. Cass hopes fervently that subjugating the country’s future food situation and long-term injury to agricultural lands will stop now and the government will stand up to the Chinese ambassador and refuse Chinese organic fertilizer. If not already sent, the Chinese infected compost must promptly be shipped back to its original place. Our government has to stand up to even the most powerful nation to safeguard our land and our interests. However, we have our doubts about the government standing up to the Chinese ambassador and his statement: such the trust we have in our government’s decisions.

We laugh bitterly at this macabre situation: capitulation to money; kowtowing to China and not hearkening unto the desperate cries of the farmers, backed by scientific research. Is it pride and not wanting to retract one’s word, in other words stubbornness that prevents the order being given to import inorganic fertilisers and pesticides? We had no money for this, it was said. Then how come money was available to import dubious, nay positively dangerous organic fertilisers to the country, severely warned against by our experts. One good laugh was seeing fat dummies of the Minister of Agriculture being beaten and then set on fire. When the cloth covering his head tore, straw was revealed. Apt! Aluthgamage, obeying higher orders, has set the country on fire by threatening rice and vegetable growers and its cash crop – tea.

Front page headline in the Sunday Island of October 10 announced thus: “Appropriation Bill for 2022: defence gets highest allocation; health reduced”. This Bill was presented to Parliament by Finance Minister Basil Rajapaksa on Thursday 7 October. “Budgetary allocations for defence, education and finance sectors were increased while those for health sector and the President was decreased when compared to the 2021 financial year.”

The expression topsy-turvy came to mind; also lop-sided. An ordinary person like Cassandra asks why increase the allocation for the armed forces when we have so very many in the three styles of uniform. You would also have noticed the pomp and luxury of an army camp in TV news footage, which the Prez went to, to celebrate an anniversary. However much we increase our armed forces, Cass believes, we will never be a match to those of neighbouring countries, barring perhaps the Maldives. So the extra doling out to the army is not urgently necessary. If considered so, it is a generous gift to the armed forces. Buying greater loyalty?

We have sunk so low that we have had to borrow dollars from Bangladesh, a country we Sri Lankans turned up our noses at as a nation ruled by one or the other of two warring widows; a nation often battered by natural disaster and suffering the man-made disaster of over- population. But Bangladesh has been proven wise, managing what little assets they have with skill. One example: many of our students failing to get into the medical faculties of universities in Sri Lanka went to Chittagong and paying forex entered a medical school over there. Students found it very hard to get used to the accent of most lecturers and many girls just gave up the hard living over there and returned home. If SAITM had been allowed to educate our prospective doctors who were extremely competent but failed to get the points needed to get into the government medical schools, their parents would have spent money here in SL. More students from overseas would have joined the local private medical college even for the simplest of reasons of many – that our Sinhalese and Tamil dons teaching in English are comprehensible. This is a surefire Cassandra Cry based on facts. But the GMOA principally was in the forefront of the strident call for banning private medical education. Dr. Padeniya was Prez of the GMOA then, wasn’t he? He is also now (dis)credited as the chief proposer for going organic in our agriculture. No problem to him or others who voted for this calamitous move. They continue fine while our farmers are in dire straits: no in-house prepared, reliable organic fertilisers in sufficient quantity. Greater poverty, damaged crops and less harvests stare farmers and us in the face.

So, THE allocation for health has been decreased. Why ever? The pandemic is still prevalent worldwide and countries are spending more on health and medical facilities. Not us who are on reverse gear too often! Many of the decisions made from on High (not God, certainly but persons often deified by sycophants) have been detrimental to the nation.