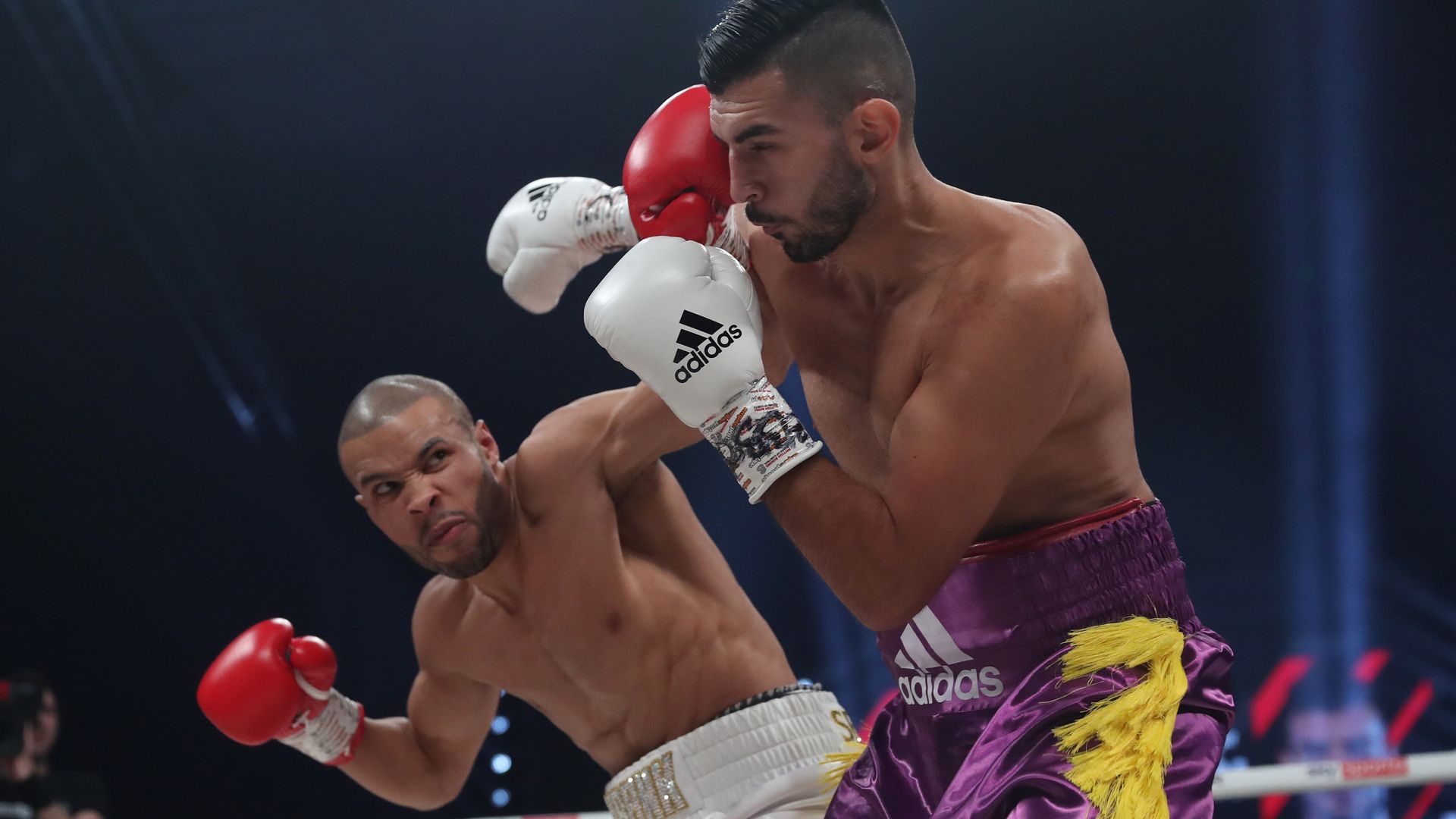 Chris Eubank Jr beat up Wanik Awdijan, forcing him to pull out after five rounds on Saturday night in Newcastle and say that his ribs were broken by body punches.

Eubank Jr had been punishing his rival with thudding punches when Awdijan failed to emerge for the sixth round.

Victory tees Eubank Jr up for the major fight he has been targeting in December en route to a world championship opportunity.

His shorts and ring-walk robe were adorned by the name of Sebastian, his brother who died in July.

Eubank Jr had been made to wait an agonising fortnight for this return fight, after two opponents withdrew from fighting him in a matter of days, and Awdijan asked him a few early questions with his tricky southpaw stance.

Eubank Jr was forced to nod in admission that Awdijan had caught him in the fourth round with a solid left hand.

But he turned up the heat and responded with body shots then a left hook.

The fifth round was Eubank Jr’s best so far – he thumped home a succession of shots to the ribs, and Awdijan was visibly breathing hard and backing off.

Awdijan, sat on his stool after the fifth, shook his head and called the referee over to signify his withdrawal.

“The guy came over and said that I broke his rib with a body shot so he couldn’t continue,” Eubank Jr told Sky Sports afterwards.

“The guy came out southpaw – I had been told he was orthodox! Another obstacle that I had to overcome!”