Learning from the Past to Create a Bright Future

Last week, I was pleased to be invited by a newly established International Hotel School (IHS) Guild to talk on the above topic. IHS Guild organized their first webinar of a series on the day I celebrated my 50 years in the field of hospitality – on October 10, 2021. As their keynote speaker, I spoke about the vision, the mission and the passion needed. It was in relation to the how the IHS – the second oldest hotel school in Sri Lanka, was created within Mount Lavinia Hotel 30 years ago. As the hotel industry in Sri Lanka is planning to re-bounce and rebuild after the global pandemic, it is vital for industry leaders to learn from the past in becoming innovative leaders for the future. 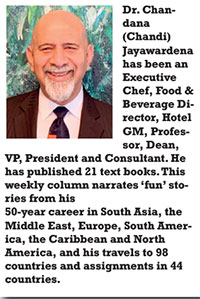 Managing an Inn at age twenty

In 1974, my first management position fell on my lap when I was still a 24-year old third-year student at the Ceylon Hotel School (CHS). The company making the offer was very impressed with my experience in eight part-time positions within a short two and half years at CHS. Most of my peers interested in this position had only two or three part-time positions on their resumes. My focus on being ‘street smart’ by action learning at any job I could find rather than being ‘book smart’, finally paid dividends.

This company, with five boutique hotels (in Colombo, Kandy and Nuwara Eliya) – Yahala Group, offered me the post of the Resident Secretary of the Tropical Gardens Club & Inn in the most expensive location in Sri Lanka (Colombo Seven). I accepted the offer immediately. Every afternoon, soon after I finished my classes at CHS, I wore a tie and rushed to the this small 10-bedroom inn with a busy restaurant, bar and a club. Around 4:00 pm every weekday, I took over the keys and the entire operation from Mrs. S. Wijesinghe, the manageress.

I was paid only Rs. 200 a month. However, to the amazement of my batchmates I was provided with à la carte restaurant dining facilities and an air-conditioned room for overnight stay, on complimentary basis. Air-conditioning was a luxury in mid-1970s in Sri Lanka. Around midnight, I managed to do a little bit of studying for the forthcoming final examinations at CHS in my luxurious hotel bedroom, rather than in a crowded dormitory at the CHS hostel.

The manageress was an early bird. Every morning, I handed over the inn back to her and rushed to CHS. During the weekends I worked longer hours. I did not get many opportunities to practice my newly improved culinary skills but enjoyed being in charge of the inn during its busiest time of the day. I was the number two of the inn combined with duties of the duty manager and night manager. The employees respected me after I commenced mini sessions of service training. In my ninth part-time job I learnt how to lead a small team and keep them motivated.

In spite of my hectic schedule, I found time to continue practising Judo and Rugby Football. I was chosen to the five-member team of Colombo YMCA Judo club. After a hectic five-bout team event, we won the 1974 national Judo Championship in Sri Lanka.

For the third time, as the Tournament Secretary of the Nationalised Services Rugby Football Club I led the organizing of a 16-team seven-a-side tournament. CHS competed once again and won the championship for the first time. We played against strong teams with several top Sri Lanka national team players, such as Dan Ratnam (Captain of the Havelock Sports Club, fondly known as Havies Rugger team). Our hard work at early morning practices at the Galle Face Green and our youthful fitness were the key winning factors in our favour. 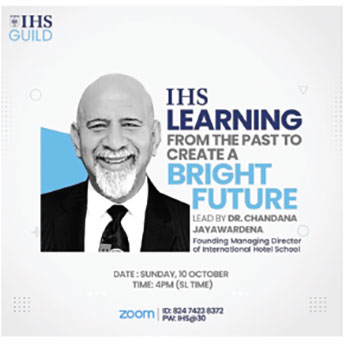 I was angered when the team captain and my friend, Neil Maurice nearly dropped me from the team for not attending some of the practice sessions. However, he was particularly pleased with my performance during our final match. After a 60-meter sprint, I scored an early try within minutes of the opening whistle. After we won the trophy, Neil gave me a big hug and said, “Machang, no hard feelings. We won mainly because of that first minute try by you.”

Getting Promoted to Havelock Tourinn

During my third month at Tropical Gardens Club & Inn, the company appointed a Group General Manager in charge of all five boutique hotels. Mr C. Nagendra was a Chartered Accountant returning to Sri Lanka after spending a long time in the UK. He immediately interviewed me and offered me a transfer and promotion. He transferred me to the company’s flagship hotel – Havelock Tourinn on Dickman’s Road, Colombo-4 as one of his two deputies. Mr. Nagendra made my job a full-time job and doubled my salary, to Rs. 400 a month. At that time, that was a very good salary for a 20-year old.

One of my batchmates, Hiran Seneviratne and I were both appointed Assistant Managers. Hiran was a smooth operator and was a friendly roommate at the CHS hostel. Hiran and I shared one office with Mr. Nagendra, who was familiarizing himself with hotel operations. He was a good administrator, but did not have experience in hotel operations. He kept on asking us operational questions and we learnt hotel accounting from him.

I looked after the kitchen, bar and the Flame Room Restaurant then famous for flambé dishes. I had a team of young, smart and English-fluent waiters who came from Colombo schools. I did some training sessions for them. In later years, most of them became good restaurant managers and food and beverage managers of top hotels in Sri Lanka and the Middle East. Hiran looked after the rest of the operations. In my tenth job at times, I also acted for the General Manager.

I did well at the final examinations. CHS arranged a grand graduation ceremony at Hotel Samudra with Dr. N. M. Perera, the Minister of Finance, as the chief guest. Although it was a happy moment, I was saddened to leave the hostel and many friends at CHS. We were also getting ready to bid farewell to three of my batchmates who were awarded Carl Duisberg Society scholarships to undergo two years of postgraduate industrial training in West Germany. In addition, my friend, Neil Maurice decided to migrate to Australia soon after the graduation.

Our two junior batches at CHS organized a grand graduation ball event at the Colombo Holiday Inn. They followed the traditions we set during our time at CHS. Our memorable three years at CHS ended on a high note.

Career Planning – The Next Move?

Early hours of that morning, after the graduation ball, I went to my bedroom at Havelock Tourinn instead of my home which was a just a five-minute walk from the hotel. I did not fall asleep as I had a long thought about my next career move. I thought about the ten part-time jobs I held during my student years at CHS, and identified key lessons I learnt by doing or observing in each of those jobs:

At age 20, I was working as the Assistant Manager of a reputed hotel in Colombo with free board and lodging, and walking distance to my family home. It was also not far from my club (YMCA Judo Club) and many key venues for social activities in Colombo. This was somewhat a dream job for most young graduates of CHS. I was very comfortable at my current job, but settling in a comfort zone was short-sighted. There were many other key aspects of hotel operations I needed to get practical experience of. Therefore, I concluded that I needed to move.

In my opinion, kitchen operations is a weak aspect of most hotel managers/general managers. As a result, some executive chefs behaved with attitudes which undermined the hotels manager’s authority. At Havelock Tourinn I had three experienced chefs (including Mrs. Marie Nugapitiya who later became a Culinary Lecturer at CHS) reporting to me. I was not experienced enough in kitchen operations to supervise such qualified and experienced chefs who were also much senior to me in age.

I decided that before I became a hotel general manager, I must master kitchen management initially as a junior chef and then after a couple of years, as an executive chef. Although I loved Bentota Beach hotel, it did not have an opening there. Meanwhile, the largest hotel in Sri Lanka – Hotel Lanka Oberoi, in preparation to open in a few months’ time, had advertised many middle management operational job positions. A newspaper advertisement seeking suitably qualified applicants for the posts of chef de partie (station chef) caught my eye. That morning I posted my application to Hotel Lanka Oberoi. That was the first time I applied to a hotel position in writing. 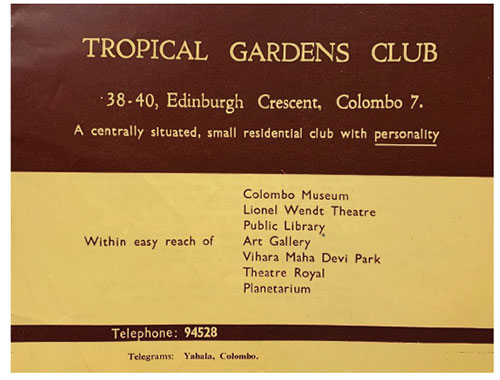 has been an Executive Chef, Food & Beverage Director, Hotel GM, MD, VP, President, Chairman, Professor, Dean, Leadership Coach and Consultant. He has published 21 text books. This weekly column narrates ‘fun’ stories from his 50-year career in South Asia, the Middle East, Europe, South America, the Caribbean and North America, and his travels to 98 countries and assignments in 44 countries.