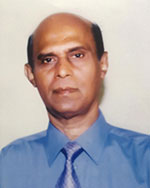 Buddhism is a non-theistic religion. Unlike many other religions it does not believe in a god or a creator. It is not only a religion but also a philosophy with a moral discipline. It originated in northern eastern India and was founded by Gautama Buddha. Today, Buddhism has become one of the major religions in the world, with more than 500 million adherents. Prince Siddhartha Gautama, who later became Gautama Buddha, having realised the immense human suffering looked for a way of easing their pain and suffering. He pursued strict spiritual disciplines to become an enlightened being. Having achieved enlightenment he preached a path of salvation to his followers, so that they could escape the samsaric cycle of suffering, rebirth and death. In brief, the entire teaching of the Buddha can be summed up in one stanza from the Dhammapada. “Sabba papassa akaranam kusalassa upasampada sacitta pariyodapanam etan buddhana sasanam” (not to do evil, to cultivate merit, to purify one’s mind, this is the teaching of the Buddhas}.

Criticism of Buddhism has taken many forms. Some incline to the view that Buddhism is overly pessimistic in outlook, and always takes a gloomy and melancholic view of life. While others were of the opinion that Buddhism was unscientific, idealistic and impractical. These misconceptions have prevailed from the time of the Buddha to this day. It should be stated that these beliefs are fallacious and misleading, as Buddhism is neither pessimistic or optimistic. If anything at all, it is realistic as it takes a realistic and dispassionate view of life and of the world, and teaches us to look at things as they really are. Buddhism promotes rational and empirical investigation, and invites people to put the teachings of the Buddha to test before accepting it. Buddha does not stop at analysing suffering [dukka], but proceeds to show us the practical way out of it, which is the Noble Eightfold Path.

The erroneous view that Buddhism is pessimistic has come about as a result of many scholars giving a restricted meaning to the word dukkha (Suffering) in the First Noble Truth. They have interpreted dukka (suffering) as nothing but suffering and pain. This has led many to regard Buddhism as a pessimistic religion. But viewed from a Buddhist perspective the word dukkha (suffering) has a deeper and wider connotation and dimension.

It should be noted that other than the ordinary meaning of dukkha (suffering), the word dukkha in the First Noble Truth also connotes such things as ‘’imperfection “, “impermanence” and “insubstantiality”.

Dr. Walpola Rahula Thero in his book “What the Buddha Taught” has stated thus: “First of all, Buddhism is neither pessimistic or optimistic. If anything at all, it is realistic, for it takes a realistic view of life and world. It looks at things objectively (yathabhutam). It does not falsely lull you into living in a fool’s paradise, nor does it frighten and agonise you with all kinds of imaginary fears and sins. It tells you exactly and objectively what you are and what the world around you is, and shows you the way to perfect freedom, peace, tranquility and happiness”.

It is true that the Buddha exposed the unhappy part of life. However, while doing so he explained the way to come out of it.

Buddhism does not countenance a melancholic, sorrowful, gloomy attitude to life, and it does not foster an attitude of hopelessness to life. The Buddha didn’t ask his adherents to contemplate only on the gloomy side of life. He did not expect them to brood over misery only, but wanted them to know that both the happy and sad sides of life are equally fleeting and impermanent.

No one can deny the reality of suffering associated with birth, decay, old age, death, association with the unpleasant and disassociation from the pleasant. In reality there is none in the whole world other than the Buddha, who can be described as a preacher of happiness or sukhavadi. A true Buddhist is the happiest of all beings.

Buddhism is a religion of salvation. It is an ethical philosophy which preaches the unsatisfactory nature of the world. Unlike other religions in the world, which talk about an almighty god on whom people depend for salvation. According to Buddhism, one is indeed one’s own lord {attahi attano natho}.

The entire teaching of the Buddha when summed up, amounts simply to insights into “impermanence” [annicca] suffering or unsatisfactoriness” [dukka] and “non-selfhood” [annitta]. These three characteristics were the aspects of teaching, which the Buddhas stressed more than any other. The three characteristics annicca, dukkha and anatta which facts of life can be realized and grasped by everyone. Even the most placid person would admit that dukka is omnipresent and universal. This truth can be easily realized by anyone who can think soberly and dispassionately. It can be seen everywhere around us. Infatuation with transient pleasures prevents us from seeing things as they truly are.

Misery arises because of craving and aversion, which in turn arise from tanha. If these causes are eradicated the root cause of misery is eradicated. The Buddha said pain is followed by pleasure, and pleasure is followed by pain. In other words, pleasure and pain follow each other as day follows night.

If you observe the reality around us it is evident it consists of birth, sickness, old age, sorrow, pain, distress, decay, grief, death, lamentation, etc. Empirical observation of human existence makes it clear. Buddha laid emphasis on knowing things as they really are [yatha bhuta nana] if you take a critical look at life and all its concomitants, it is clear to everyone everything is in a state of flux. Life is a succession of fleeting moments of arising and dissolution. And every cell in the body of a being would die and be replaced by a new cell which in turn would die to be replaced by another. From conception to death the process goes on uninterrupted. Buddha’s definition of suffering is clear and empirical to anyone.

The Buddha has preached that the following come into being and pass away. Release from them is bliss—Annicca vata sankara Uppada vaya dhammino Uuppajjitva nirujjhanti Tesam vupa samo sukho).