‘Law is Light’ is a series of trilingual legal discussions to shed light on the law. The Latin maxim ‘ignorantia legis neminem excusat’ translates to ignorance of the law is not an excuse. The Pro Bono Committee of the Law Students’ Association of Sri Lanka strives to educate the general public by simplifying the laws in our country. In the sixth discussion, the programme focused on ‘Laws on Marriage’ to provide an understanding of the rights and duties of individuals. 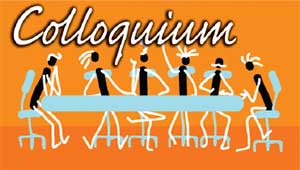 1. What is marriage according to law? What are the laws pertaining to different marriages. Marriage is a contract made in conjunction with the law, where a free man and a free woman reciprocally engage to live in the union that exists between husband and wife.The Sri Lankan General Law of marriage has been considerably influenced by Roman Dutch Law (RDL) and the English law. The Marriage Registration Ordinance (MRO) no.19 of 1907 states the laws pertaining to marriage under general law. The Ordinance applies to marriages between individuals of different ethnic and religious communities. Kandyan Sinhalese may choose to be governed by the General Law or Kandyan Law. The ordinance does not govern marriages contracted between Muslims as the provisions of MRO do not apply.

2. What are the types of valid marriage? Registered marriage: In terms of General Law (MRO) any party other than citizens who follow the Muslim faith can enter into a marriage under this ordinance as stated in the preamble.The Registrar shall follow the steps stated in terms of S.23 to S.36 of the MRO. The issuance of the certificate of marriage is given in Section 26 of the MRO. Thereupon a marriage under MRO will be constituted as validSection 23 (1) – Must check if the parties have resided in Sri Lanka for ten days and one of the parties may give notice to the registrar of the division in which they have dwelt.S. 23 (2) – If not within the same division, must give notice to the registrarS.23 (3) – If one party is not residing in SL, the other party must give noticeS.23 (4) – If neither party is a resident of SL, notice shall be given and such party must reside in Sri Lanka for not less than four days prior to the marriage.

3. Is registering the marriage a vital requirement?Registration of marriage is not mandatory under the ordinance. An entry made in the marriage register is the best evidence of the marriage. The courts do consider the information submitted in the registrar book (S. 41 of the Marriage Registration Ordinance).The law recognizes a rebuttable presumption of marriage by habit and repute (cohabitation). Customary marriages, including those of various ethnicities and the rites and rituals they follow, have been accepted as valid despite the fact that they are unregistered.

4. Who can contract a marriage in terms of age, capacity, prohibited degrees of relationship?In terms of Section 15, prior to 1995, for males it was 16 years and for females it was 12 years. However after the amendment act no.18 of 1995, both parties must have completed 18 years. This was affirmed in the case of (Thiyagarajah V Kurukkal (1923) 25 NLR 69). In this case the girl was 11 years and one month when she entered into marriage. The courts held the marriage null and void. (Gunaratnam V Registrar General)S.16 deals with the prohibited degree of marriage in the following situations:a. Where either party is a direct descendent of the otherb. between a sister and a brother (Either half blood or full blood)c. between parents and their step childrenS.18 states that, no marriage is valid where either party has contracted a prior marriage until it has been legally dissolved or declared void. This was affirmed in the case of Hettiarachchi V Hettiarachchi and others (2004) 3 SLR 116.S.17 of MRO states that any marriage or cohabitation between parties standing towards each other in any of the prohibited degree of relationships, shall be deemed to be an offence, and shall be punishable with imprisonment, simple or rigorous, for any period not exceeding one year.

5. What is cohabitation?This is an instance where two parties have been living together as husband and wife and have been recognised as a married couple by their relatives and friends. It is merely based on a presumption until such has been rebutted. Habit refers to the parties living together as husband and wife for a period of time. Repute refers to their acceptance by the society as a married couple. When a man and woman have lived together as husband and wife, the law will presume unless and until the contrary is proved that they were living together in consequence of marriage and not in a state of concubinage.It must be noted that cohabitation by repute and habit is based on a mere presumption and the simple justification that they are living together does not create a valid marriage. (Requires further indication that they lived as a couple). The burden of rebutting the presumption rests on the person who alleges that there was no lawful marriage and they exist as concubines. In Fernando V Dabarera both the parties cohabiting were dead and there was a need to see if such parties were married as there was no evidence of registration of their marriage. The only evidence that existed was the evidence of how they treated each other. Court held marriage by habit and repute could be recognised by law.

The presumption of habit and repute cannot be raised in the case of Kandyan parties. The Kandyan Marriage and Divorce (Amendment) Act (KMDA) specifically states that registration is compulsory under such act and that a marriage which is not registered either under MRO or KMDA is void.

7. What are the different marriage laws in Sri Lanka? There are customary laws wherein any party who falls within the ambit or scope of such act, can either enter into a marriage under such customary law which then will be governed pertaining to the custom or if not such party can enter into a marriage under the General Law of MRO.An example is where the KMDA allows any party who falls within the ambit of such act, to register under the MRO as well, but a marriage cannot be valid until such marriage is registered.

8. Can a person choose which law to be married under?

Of course, if the customary act allows any such person who is a follower of such faith to be married and registered under any laws other than such customary laws, then they can do so.There can be instances where the other party entering into a marriage might not fall within the scope of such customary law. Therefore, a need arises for the freedom to select under which law one should register one’s marriage.

1. Pertaining to Kandyan marriage laws, do both individuals have to be Kandyan?The KMDA applies to Kandyan marriages and divorces as stated in the preamble. It allows any Kandyan who was a resident of the Kandyan province, as at 1850, to enter into a marriage under this law, or any person who is a descendent of the said category. Therefore it is important that both parties are deemed Kandyans in order for the KMDA to apply. However, leeway has been given to parties to register their marriage under the KMDA or the MRO.

2. Is registration compulsory for Kandyan?In terms of Section 3 (1) (a), it states that a marriage between persons subject to Kandyan Law, shall be solemnized and registered under this act or under the MRO and Section 3 (1) (b) states that any such marriage which is not so solemnized and registered shall be invalid.Therefore registration is compulsory if either party is entering into a marriage under the KMDA. However, even a Kandyan can still fall within the ambit of the KMDA although registered under the MRO as the KMDA allows such registration.

3. Is one woman marrying more than one man still in practice under Kandyan Law?Kandyan law does not recognize polygamy and polyandry. This will amount to bigamy just as in ordinary law and will amount to a criminal offence.

4. Can a Kandyan opt out of the Kandyan Marriage Act and marry under General Law?

Yes, they can register themselves under the MRO and the marriage will be governed by laws pertaining to marriage and divorce under the MRO.

The complete discussion is available on YouTube channel ‘Law Students Association of Sri Lanka’, in all three languages. The laws are subject to change with future developments by the legislature.)