Borussia Dortmund scored first-half goals through Emre Can and Mats Hummels before a sensational effort by Jude Bellingham wrapped up a 3-1 victory at Arminia Bielefeld on Saturday.

Playing without striker Erling Haaland, who is sidelined for several weeks with a hip injury, Dortmund were never troubled as they secured a seventh league win from nine matches.

They remain in second place with 21 points, one adrift of Bayern Munich who thumped Hoffenheim 4-0. 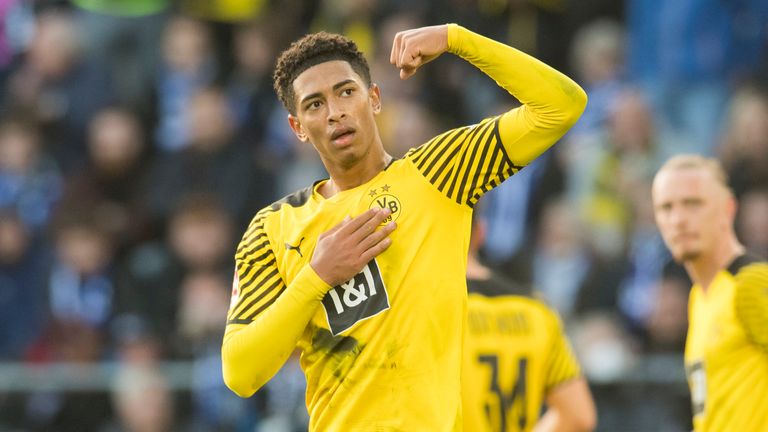 After Dortmund’s 4-0 midweek demolition by Ajax Amsterdam, the Ruhr valley club were desperate to make amends even though they were missing half a dozen players on top of Haaland.

Dortmund have conceded more Bundesliga goals this season than lowly Bielefeld who have yet to win a game. They had a pair of early chances through Donyell Malen, but Bielefeld came even closer when Janni Serra pounced on a mistake by defender Marin Pongracic but failed to beat ‘keeper Gregor Kobel.

Dortmund opened the scoring with Can’s 31st-minute penalty before they doubled their lead on the stroke of half-time with defender Hummels’ stunning 20-metre volley.

Central defender Hummels became the only active player in the Bundesliga to score at least one goal in the last 14 seasons.

Bellingham made sure of the three points in the 73rd minute, dribbling past three players and then delightfully chipping ‘keeper Stefan Ortega for a remarkable goal by the 18-year-old. A late penalty by Fabian Klos cut the deficit for the hosts but they remain second-bottom on five points. 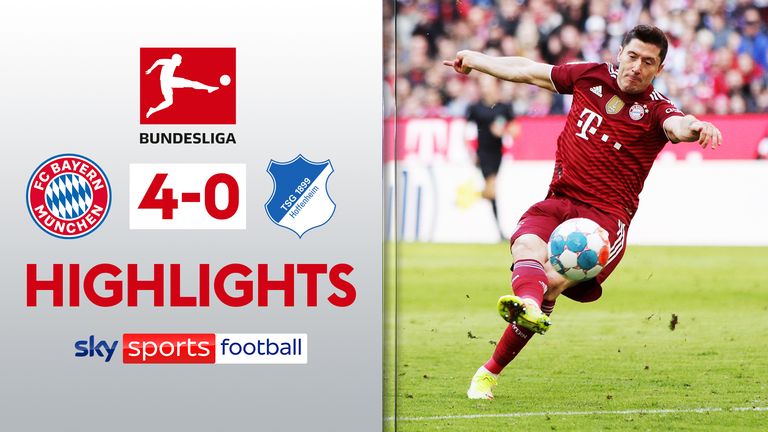 Highlights from Bayern Munich’s 4-0 win over Hoffenheim, including an impressive strike from Robert Lewandowski

Bayern Munich top scorer Robert Lewandowski struck again as the German champions demolished Hoffenheim 4-0 on Saturday to remain top of the Bundesliga, a point ahead of Borussia Dortmund.

Bayern coach Julian Nagelsmann was stuck in quarantine after testing positive for COVID-19 earlier this week but he set up what he called an ‘analysis centre’ in his home kitchen, and then passed on instructions to his assistants.

The set-up paid dividends as Bayern still managed another flurry of goals. No other team in Bundesliga history has managed to score 33 goals after nine games.

Serge Gnabry opened their account in the 16th minute after an earlier goal by the Germany international was disallowed following a VAR review.

The Bavarians, who scored five times against Bayer Leverkusen last week and another four goals to beat Benfica in the Champions League on Wednesday, struck again on the half-hour mark, with Lewandowski spectacularly thundering in a shot from 20 metres to take his league season tally to 10 goals.

The Pole, who had missed a couple of easy chances earlier in the game, has now scored 26 goals in 34 league matches in the calendar year of 2021, just six shy of the all-time Bundesliga record set by Gerd Mueller in 1972.

Late goals from substitute Eric Maxim Choupo-Moting and Kingsley Coman sealed Bayern’s win and moved them up to 22 points, one ahead of Dortmund, for Topmoeller’s second win this week as Nagelsmann’s replacement.

Midfielder Joshua Kimmich caused some raised eyebrows after the game confirming he had not yet been vaccinated and was not planning to in the near future.

Elsewhere, RB Leipzig took some of the pressure off Jesse Marsch with a 4-1 win over promoted Greuther Furth, but it was not as simple as the score might indicate.

Furth had the lead at half-time thanks to Branimir Hrgota’s penalty, given for Leipzig’s Nordi Mukiele jumping onto an opponent in an aerial duel. Yussuf Poulsen scored for Leipzig immediately after the break, before goals from Emil Forsberg, Dominik Szoboszlai and Hugo Novoa.

Freiburg stayed in a surprise third place after keeping their record as the league’s only unbeaten team in a 2-0 win over Wolfsburg.

Wolfsburg, who started the season brightly under new coach Mark van Bommel, are now on an eight-game winless run in all competitions.

Serie A – Ibrahimovic on target in Milan win

Late goals from Zlatan Ibrahimovic and Ismael Bennacer spared AC Milan major embarrassment as they scraped a 4-2 win in Serie A at Bologna, who played for more than half an hour with nine men.

Despite the numerical advantage, it appeared as if Milan was going to be held to a draw before Bennacer scored six minutes from time and Ibrahimovic made sure of the win right at the death.

The match had seemed all but over at half-time with Milan 2-0 up and Bologna down to 10 men after defender Adama Soumaoro was sent off in the 20th minute. But Bologna were level seven minutes into the second half following an own goal from Ibrahimovic and a fine strike from Musa Barrow.

However, Bologna received another straight red card as Roberto Soriano was sent off in the 58th minute.

Stefano Colantuono had a nightmare start as Salernitana coach with his side losing 4-2 at home to Empoli.

Colantuono replaced Fabrizio Castori last week after just one win in eight matches, but his new team were 3-0 down inside 15 minutes after goals from Andrea Pinamonti, Patrick Cutrone and an own-goal from Stefan Strandberg.

Strandberg’s match got even worse on the stroke of half-time as the Norwegian fouled Pinamonti, who converted the resulting penalty with a cheeky chip.

The home side managed to improve after the break and got two goals back early on through Luca Ranieri and an own-goal from Empoli defender Ardian Ismajli.

Salernitana remained bottom, three points from safety. Venezia are only two points off the relegation zone after losing 3-1 at Sassuolo, who moved three points above their opponents.

Valencia scored twice in stoppage time to earn a 2-2 draw against Mallorca, who also finished with nine men, in their La Liga clash at the Mestalla.

Angel Rodriguez had put the visitors in front with an own goal from Mouctar Diakhaby, given following a lengthy VAR review, doubling the lead just before half-time.

As tempers boiled over following the final whistle, Mallorca had both Antonio Sanchez and Rodrigo Battaglia shown red cards.

Joselu scored twice as Alaves put an end to their poor form and secured an impressive 2-0 win away at fellow relegation battlers Cadiz.

Dario Benedetto struck a late equaliser as Elche fought back to draw 2-2 against Espanyol in Alicante.

Lille’s see-saw Ligue 1 season continued when the French champions could do no better than a 1-1 home draw against Brest.

Jocelyn Gourvennec’s side could not hold their advantage after Jonathan David’s opener was cancelled out by Romain Faivre before the break in another lacklustre performance at Stade Pierre Mauroy.

The result left them in ninth place on 15 points from 11 games, 12 behind leaders PSG who travel to Marseille on Sunday. Brest are third from bottom with six points, having yet to win a game this season.

Elsewhere, Nantes beat Clermont 2-1 to climb up to fifth on 17 points, leaving the promoted side in 14th place, four points behind.