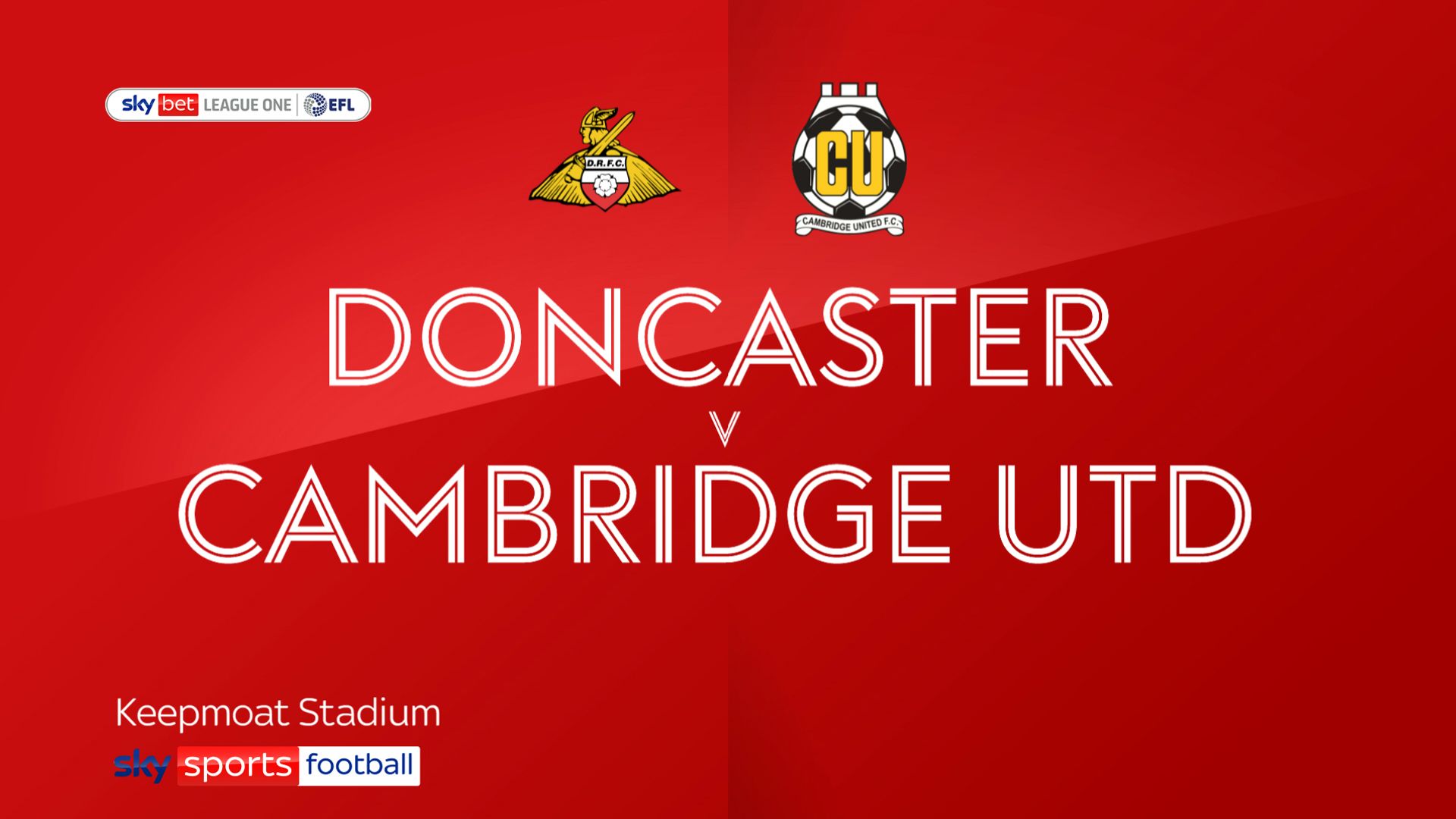 An own goal from Dan Gardner had put Cambridge ahead early on with the visitors then doing an excellent job to stifle Doncaster.

Gardner sliced Shilow Tracey’s drilled cross into his own net on seven minutes.

Jordy Hiwula should have levelled moments later when he was played clean through but saw his shot blocked by goalkeeper Tomas Holy, who signed on an emergency loan from Ipswich earlier in the day.

Sam Smith put a free header over the bar as Cambridge threatened to double their lead.

Doncaster pushed hard for the equaliser but had to wait until 68 minutes when Manchester United loanee Galbraith drilled a shot in off the post from close to 30 yards.

Rodrigo Vilca powered a volley over the bar from 10 yards as Rovers looked the more likely to win the game.

But substitute Joe Ironside almost snatched victory for Cambridge when he struck the bar with a header in stoppage time.